Three signed to BC Lions’ defence 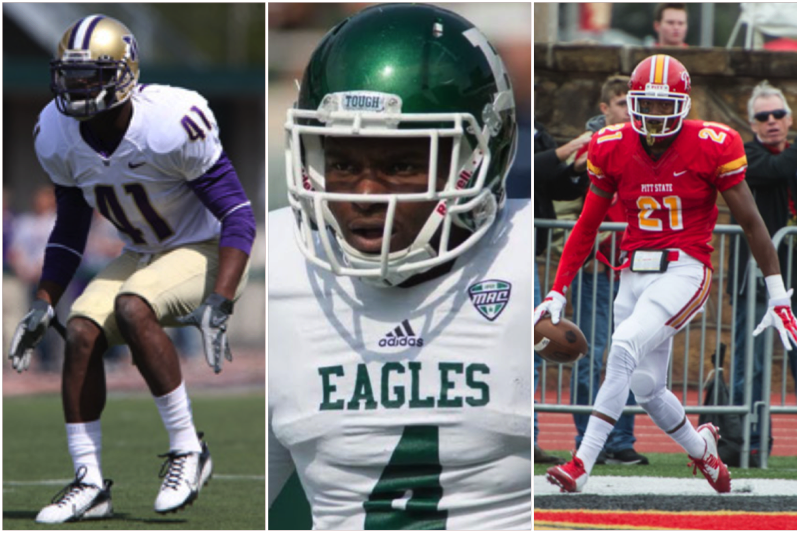 Three signed to BC Lions’ defence

The BC Lions Football Club has announced the signing of international linebacker Victor Aiyewa (pronounced eye-YAY-wuh) as well as international defensive backs Willie Creear and Dino Teague this morning.

All three will hit the field in Kamloops beginning on Thursday, May 26 for a three-day mini-camp ahead of 2016 Training Camp.

Aiyewa had been on the Lions’ radar for the past few years as the linebacker out of the University of Washington joins the club after some time in the NFL. An undrafted free agent signing of the Tampa Bay Buccaneers in 2011, the Texas native also spent time with the Green Bay Packers seeing action in five regular season games in 2013, as well as a stint with the San Diego Chargers in 2014.

Creear comes to the Leos following a New York Giants mini-camp invite in 2015. Prior that, he spent two seasons at Eastern Michigan where he appeared in 24 games racking-up an impressive 72 individual tackles, 14 pass knockdowns and a pair of interceptions including one in his collegiate debut as an Eagle. Willie impressed the Lions’ scouting staff at a workout in Seattle earlier this month.

Teague recently spent four years at Pittsburg State where he dressed for 39 games for the Gorillas after red-shirting his freshman year in 2011. Eventually earning a starting spot as a senior in 2015, the Oklahoma native recorded 40 defensive tackles along with six interceptions and a pick-six. Dino turned heads back in April when the club held a free agent workout in Atlanta.