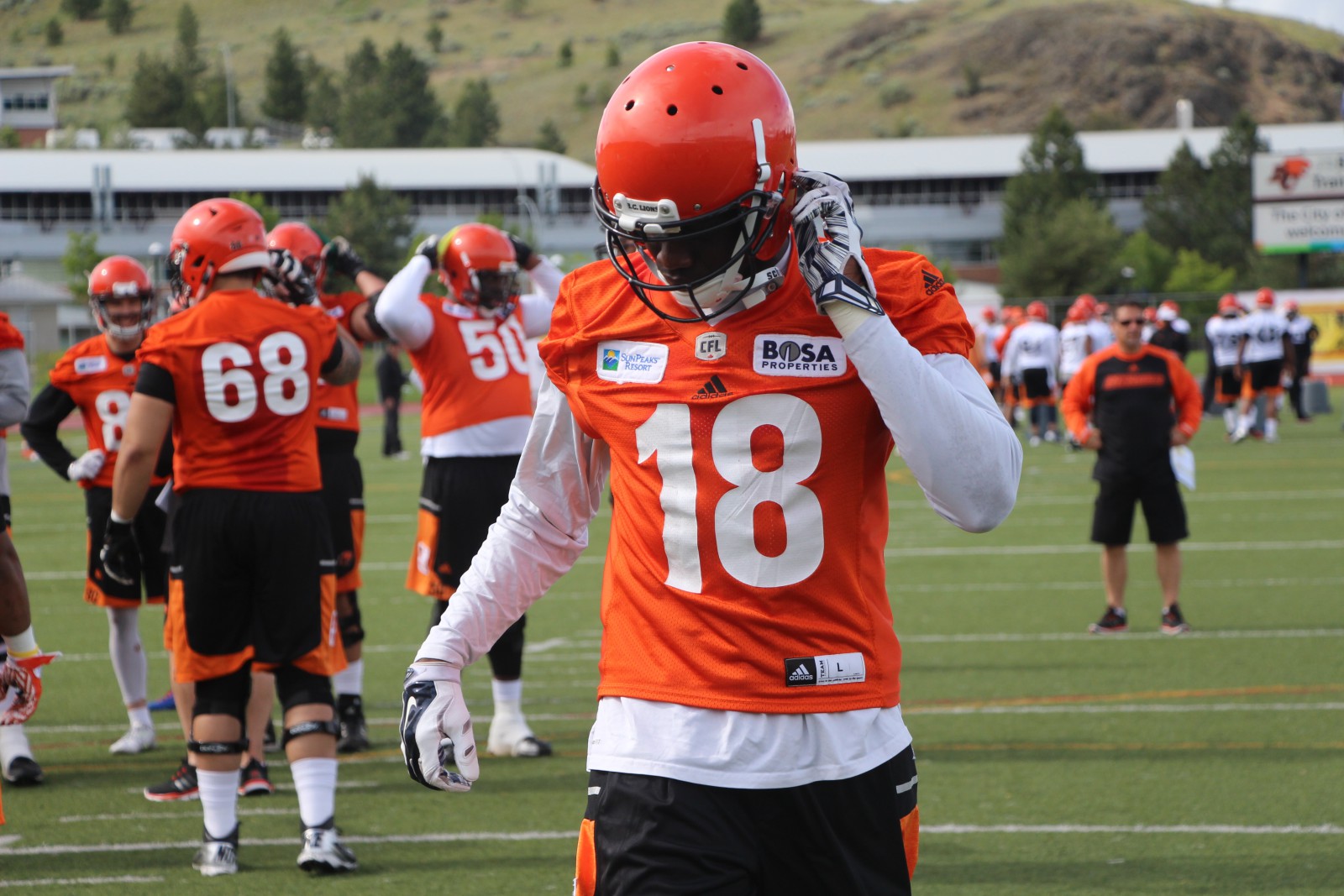 So how does Geraldo Boldewijn, a soccer-crazed athlete from the Netherlands, become a pro football player less than a decade after his family moved from across the pond? You’d be surprised how many youngsters overseas watch, and love, the American version of football.

“NFL Europe,” stated Boldewijn. “We had the Amsterdam Admirals to cheer for. I started playing flag football, and then didn’t play tackle until I was 15. It was eight- man football so I didn’t experience the 11-man game until I moved to the States.”

as been rather impressive for a guy entering only his third pro football season. Despite not playing the American game until age 17, Boldewijn would spend four seasons at Boise State – where he helped the Broncos defeat Andy Dalton and Texas Christian in the 2010 Fiesta Bowl – and is now turning heads in the early days of BC Lions training camp.

“Being a part of that Fiesta Bowl was a crazy experience,” said Boldewijn with a smile. “We had an undefeated season and it was just an awesome environment to play in.”

Signed by the club during practice roster expansion last October, the Dutch wide receiver has made the most of every opportunity and now looks to become a fixture in the Leos already impressive receiving core. His potential first came to light when he got the start for last year’s regular season finale, a 28-7 loss to the Calgary Stampeders.

“Every time you strap on the pads and get on the field you want to show your best,” said Boldewijn. “It was special when I first found out I would make my pro debut that night, nice to get my feet wet and expand my knowledge of the CFL. Now I am looking forward to getting better.” He turned heads by hauling in a 50-yard pass from Travis Lulay, the Lions third-longest completion of the season.

What is one of his most impressive traits so far? Speed. Playing flag and eight-man football no doubt helped develop his quickness and in turn cause trouble for defensive schemes. With one regular season start, two months on the practice roster and a couple of mini-camps this year under his belt, Boldewijn is starting to feel even more comfortable in the CFL environment. Of course it must help to have an experienced coach in Marcel Bellefeuille guiding the Lions receiving corps as they look to learn and improve

“Camp has been great so far,” said Boldewijn. “Coach Bellefeuille has done a really good job. He is really detailed in his work and it benefits all of us in the room. It will definitely show on the field.”

Just like every other position in camp, trimming down the receivers will be a tough decision for the staff. Manny Arceneaux, Bryan Burnham and Lavelle Hawkins, just to name a few, make up an impressive core of Americans on the roster. The return of Nic Moore makes things interesting as well.

“He’s shown a lot of good things so far, ” added Bellefeuille. “Most importantly, he has adjusted well to playing the slot position after starting here as a wide receiver. He’s big, fast and athletic and worked hard in the offseason to be in better shape.”

The veteran coach has developed a few players in his day, but not many who have come from overseas less than a decade previous. “It just shows that he works hard and loves the game. As long as you’re devoted like Geraldo is, you are going to have a good chance of succeeding when you pick up the game at an older age.”

For now, Boldewijn will be content with getting better every day and continuing to impress observers at Hillside Stadium. As for the Netherlands failing to qualify for this year’s UEFA European Soccer Championships? Boldewijn won’t talk much about it, save for the fact his native land will remain a force at international events for years to come.

“We are still one of the top soccer nations,” Boldewijn declared. Whether it’s Euros, World Cup or any competition, it is always fun back home. Everyone watches. Soccer is religion over there just like football in Texas.”

The good news? 2016 could still be a very good year for the colour orange.