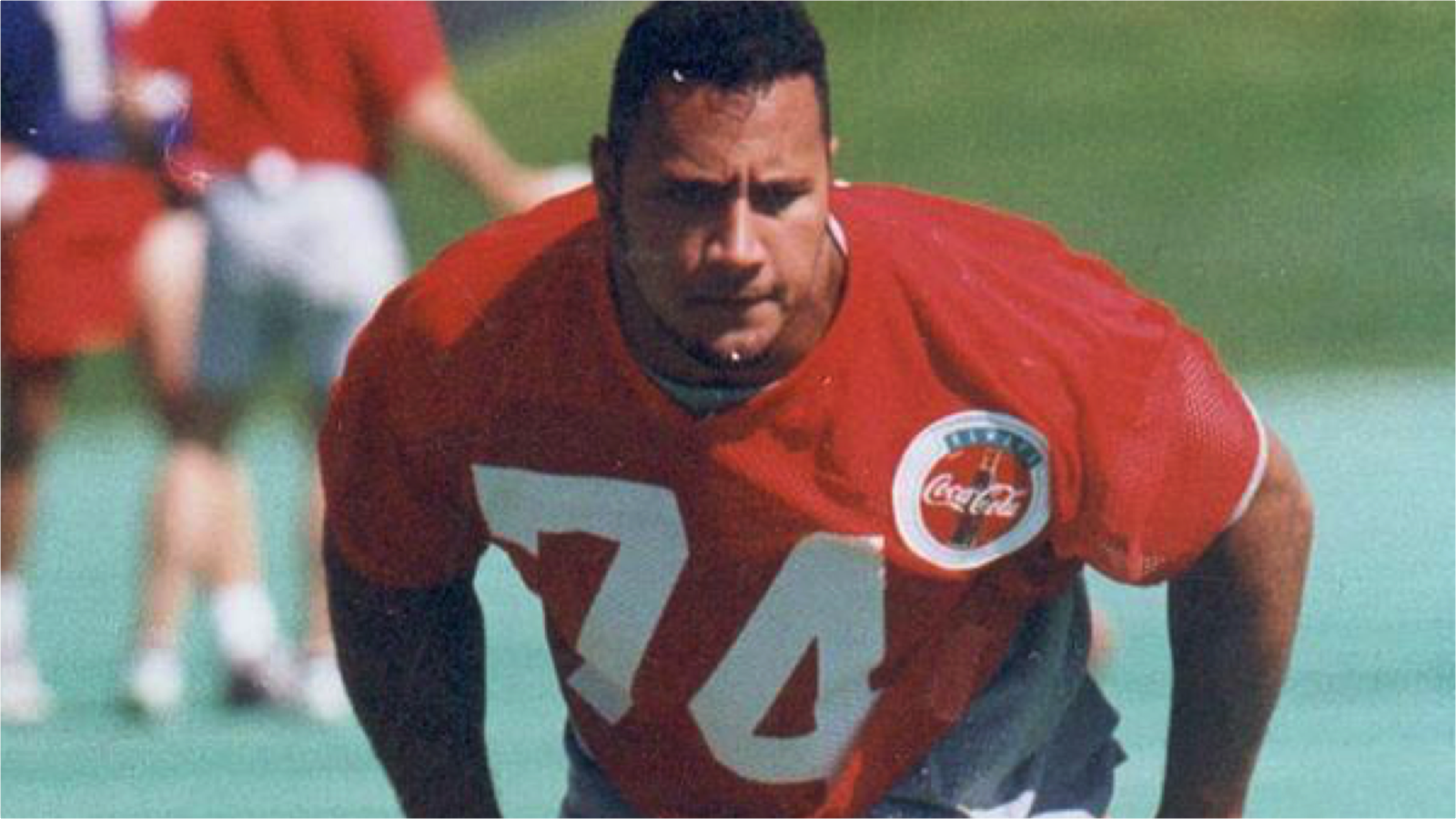 As Wally Buono was preparing the BC Lions for battle in Ottawa Thursday night, one of his former players was singing his praises on Twitter. Only it wasn’t any ordinary former player; it happened to be Dwayne “The Rock” Johnson of WWE fame, who was recently rated by Forbes Magazine as the world’s highest-paid actor in 2016. Quick history lesson: Johnson, who was a member of the 1991 Miami Hurricanes NCAA championship squad, landed on the practice roster for Buono’s Calgary Stampeders before he was cut two months into the 1995 season. As Buono told BCLions.com on Friday, The Rock circa-1995 was not much different than the larger than life character we know of now. “Dwayne was always a very upbeat kind of guy, very positive. What you see today is what he was. Always a big personality and fun kind of guy. If I helped him in any way to be what he is today, than I feel privileged.”

To recap how all of the fun started, The Rock made no secret of the admiration for Buono when his CFL history was mentioned after the Forbes story came out.

Johnson – @TheRock – cut from @calstampeders practice roster in 1995, had $7 in his wallet back then. @CFL #yyc https://t.co/NuSJ6Emkoz

As warmups began at TD Place Stadium, Buono took the time to respond to Johnson’s tweet, and it garnered an even greater response.

Dwayne @TheRock is and always will be a good man . Big ❤️ from your uncle Wally!!!! https://t.co/V7xFb0QljY

Being the CFL’s all-time winningest coach and owning five Grey Cup rings as a sideline boss are pretty amazing accomplishments. But the fact he served as one of The Rock’s biggest mentors and inspirations, just goes to show you what Buono is all about. Pure class all the way. And props to Johnson, as he counts the 64.5 million in 2016 earnings, for not forgetting where he came from.