Lions And Eskimos Clash This Afternoon! 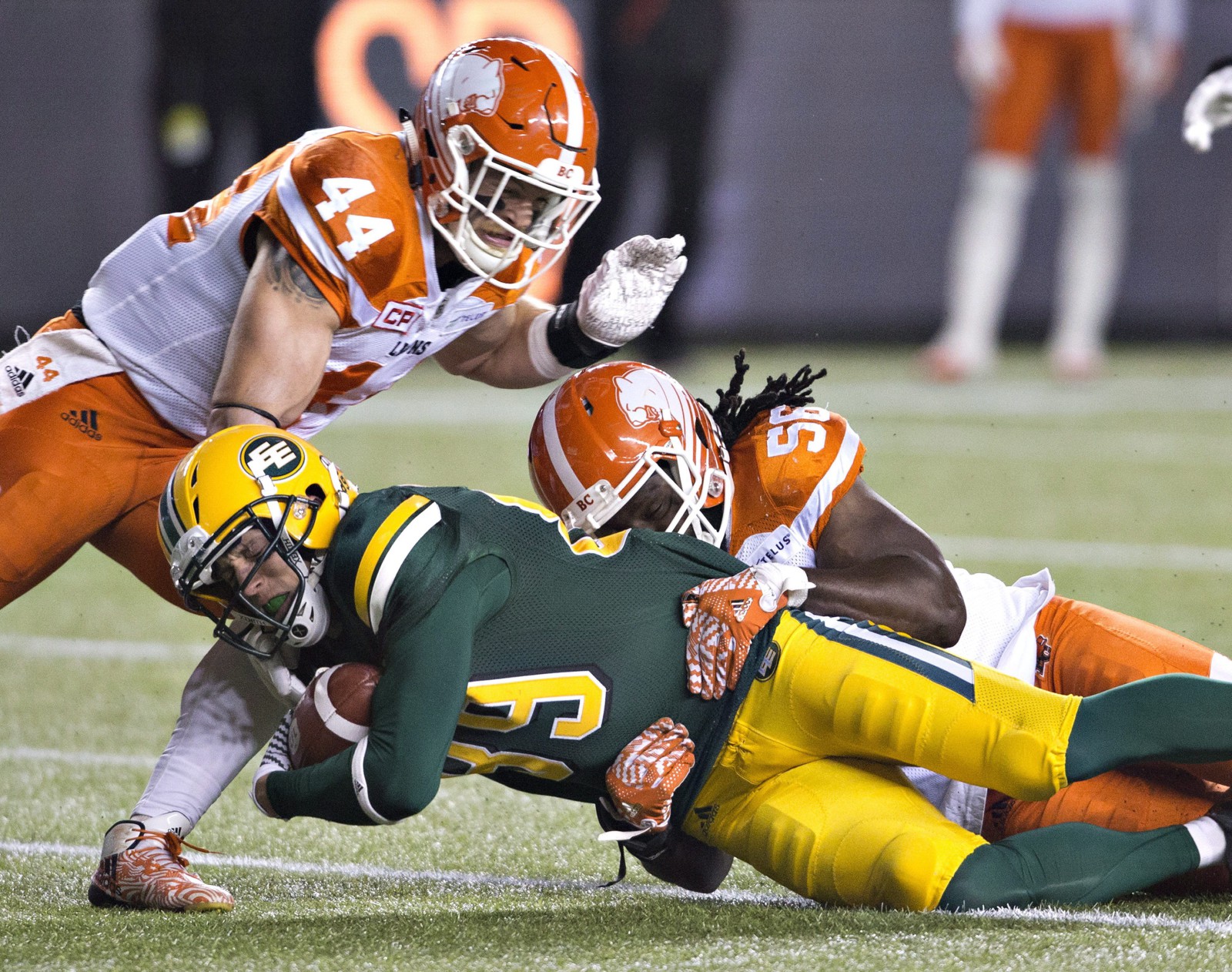 Lions And Eskimos Clash This Afternoon!

The race for second place continues when your BC Lions (9-6) host Mike Reilly and the Edmonton Eskimos (8-7) on Saturday afternoon (4:00PM, TSN 1410, TSN 1) at BC Place. Following back to back losses to the Winnipeg Blue Bombers (10-6), Wally Buono and the Lions need to win, plus get some help over the final couple of weeks if they want to start the 104th Grey Cup Playoffs at home on November 13th. For now, the sole focus is tackling a red hot Eskimos squad that has won three straight and also beat them 27-23 on September 23rd in the Alberta Capital. “It’s now a two week and slide and every week that you slide further behind, it’s tougher to get through,” Buono said. “We disappointed the fans last week by letting the game get away from us. You want to get back on track because you want some momentum and start feeling good about yourself.” When it comes to the Eskimos, the game plan always starts with containing the dynamic offensive duo of Reilly and slotback Adarius Bowman. They have connected for eight and a CFL-leading 1609 receiving yards this season. “When you look at the stats, they’re the best combo,” Buono added. “There are a lot of good quarterback/receiver combos, but when you look at what they’ve amassed and what they’ve done, they’ve been good all year. It’s not been just a handful of games.” A quick check of the scenarios: second place for the Lions is still possible if they win their remaining three games and have Winnipeg lose or tie one of their remaining two contests against Ottawa. The Bombers have a bye this week before their season-ending home and home with the REDBLACKS. Those games could be meaningless for the defending Eastern champs who could lock up first place with a victory over Hamilton this weekend.

Here are some other storylines for Saturday’s clash:

Earlier in the season, it was the secondary and lately it has been the defensive line that has seen a lot of rotation due to injury. The good news is Mic’hael Brooks is slated to return after missing last week with a wonky ankle. The unit will have its’ work cut out as Edmonton boasts a strong running game; John White rushed for 145 yards in their Thanksgiving Day win at Montreal, while Shakir Bell had a nice outing against the Lions in September with 108 yards and a touchdown. Bell suffered an injury in the week leading up to Thanksgiving. “I’m very excited,” Brooks said about returning to action. “It’ always a challenge with Edmonton. They have one of the biggest offensive lines. Its fun to go against them, they have good schemes and big boys up front to try and move the pocket so it’s going to be a good challenge.” Bryant Turner Jr. will get a second straight start after Jabar Westerman injured his lower leg last week. As the long season winds down, having proven depth at various positions has proven beneficial. The luxury of being able to plug in a capable veteran such as Turner is for sure advantageous at this point of the year.

It’s hard to be disappointed in your performance when you put up 32 points, but the fact of the matter is the offence knows it simply must bounce back after committing some costly turnovers in the loss to Winnipeg. Another thing offensive coordinator Khari Jones has been preaching this week is putting the pedal to the metal for a full 60 minutes.” We played decent football, but not winning football and we have to get back to that,” Jones said of last week’s setback. As for facing another opportunistic defence this week, Jones says his troops will have to be prepared for a battle. “They have a great front four, the guys really go after the quarterback and their defensive backfield is good. We’ve faced a lot of good teams and they’re definitely one of them, but I like our squad.” Odell Willis and Almondo Sewell are the driving forces on Edmonton’s defensive line, while linebacker JC Sherritt leads the CFL with five forced fumbles this season. The Eskimos’ defence is led by former Lions head coach Mike Benevides who returns to BC Place for the first time as a member of the opposition. Benevides told TSN 1040 this week. “It was 13 great years there. I was fortunate to be part of a great organization in front of great fans. At the end of it, the record was good and I was proud about the way we went about our business, but at the end we weren’t successful in the playoffs.” Benevides went 33-21 in his three seasons after taking over for Buono on the sidlines, but was 0-3 in the playoffs. His rookie win record of 13 was recently broken by Dave Dickenson in Calgary.

“As a whole, we just have to be clicking on offence, defence and special teams. Just execute. If we just come out and play BC Lions football, it will take care of itself. We just gotta win. It’s all about winning, whether we’re playing here or in the Yukon somewhere. We have to play for four quarters. Not one, not two, not three.”- Manny Arceneaux on the importance of bouncing back and being at home.

Dating back to last season, the Lions have a three-game losing streak against Edmonton. The last victory came on August 6th of last year, a 26-23 thriller at BC Place. Travis Lulay connected with Andrew Harris on the winning touchdown with 1:11 left. During this current three-game slide, the Leos have never trailed Edmonton by more than six points.

We could very well be witnessing CFL history on Saturday as Adam Bighill is just four defensive tackles shy of 100 for the season. Solomon Elimimian already sits at 113 defensive stops. No team has ever had two players on the same team surpass the century mark in the same year.

Get to BC Place early! The first 5,000 fans through the gates will receive a limited edition Elimimian bobblehead.

Along with the Eskimos’ ability to sustain drives, they naturally lead the CFL in total first downs with 377. The 14-1-1 Stampeders are next with 362. The Lions have 341, good for fourth overall.

This contest can be heard on TSN 1410 with Scott Rintoul and Giulio Caravatta. Pre-game coverage is underway at 2:00PM with Jeff Paterson, Chris Burns and Lowell Ullrich. Viewers can watch on TSN and those south of the border can tune in on ESPN 3.

You can download the Lions’ roster and depth chart here!