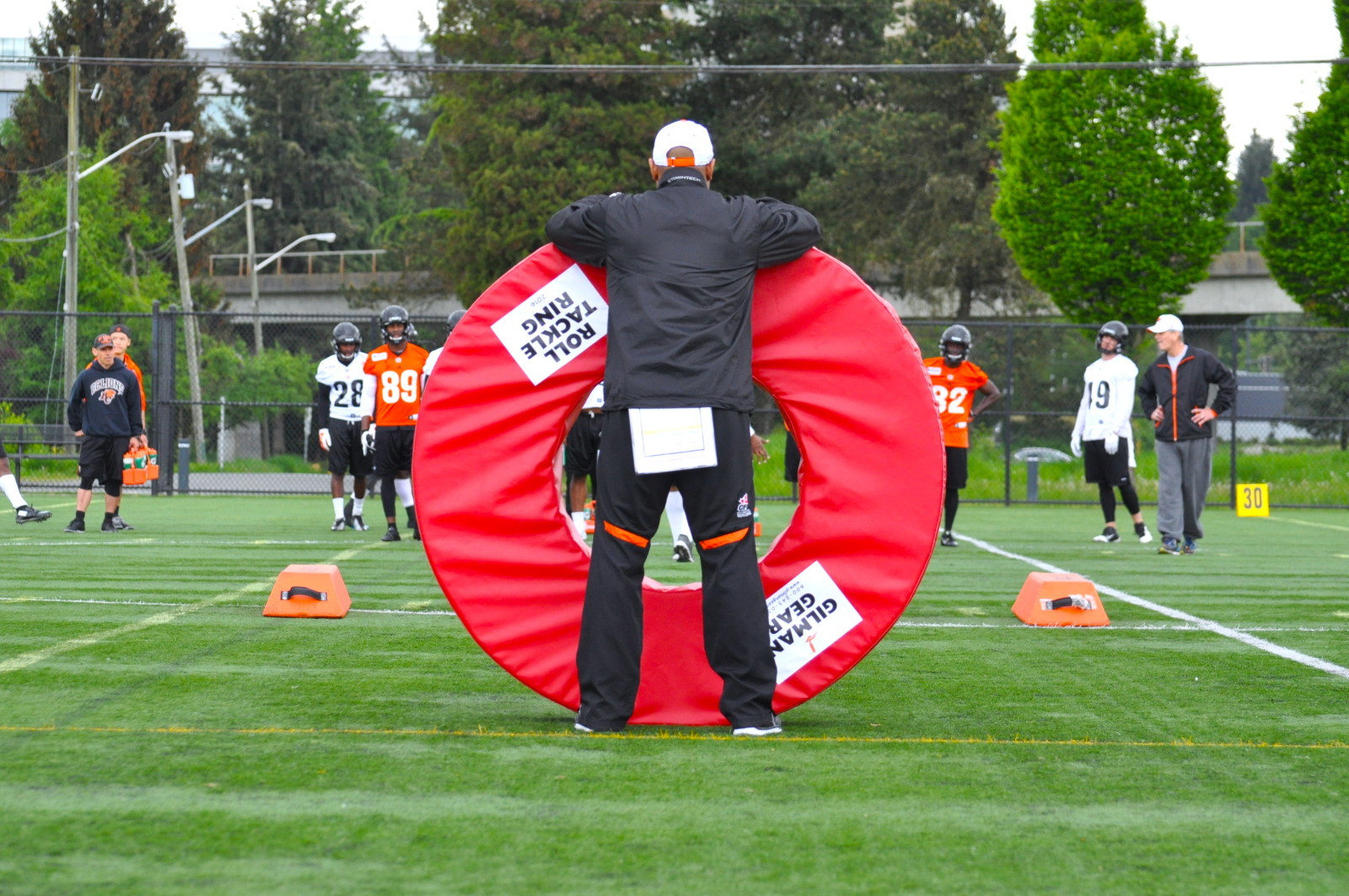 On the surface, it may appear he has some adjusting to do. He lost arguably his top linebacker, that player’s potential replacement, the stoutest defensive lineman and one of the surprise young guns in the secondary; all recipients of NFL “futures’ contracts. Despite those losses, Mark Washington has a definitive view of his 2017 defence: It’s not re-building it’s reloading. Losing players like Adam Bighill, Bo Lokombo, Alex Bazzie and Anthony Gaitor just comes with the territory of finding great talent. And thanks to a flurry of activity in the first couple days of free agency, Washington’s depth chart looks full again; with loads of potential to offset the losses of this past winter. Linebacker Tony Burnett, defensive backs Buddy Jackson and Matt Bucknor, as well as defensive linemen Dylan Ainsorth and DeQuin Evans make up the five key pieces added in free agent frenzy. 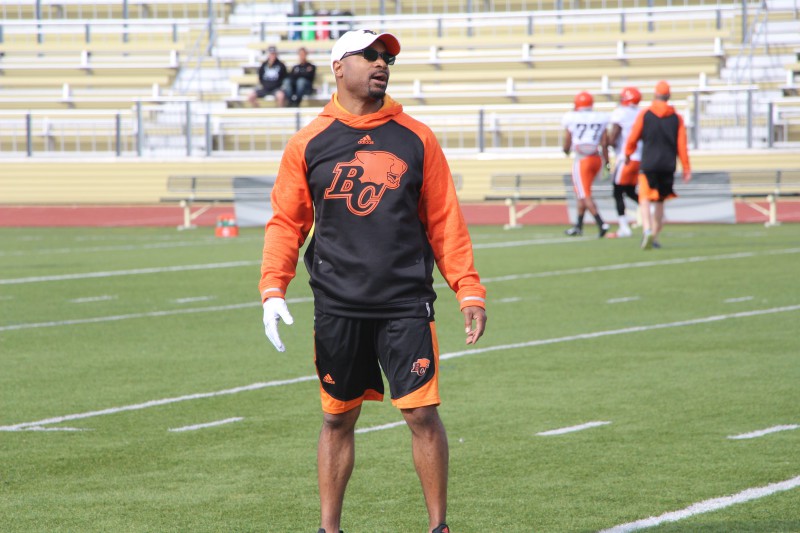 “I’m very happy with what we’ve done. We had a plan that we were trying to stick to and free agency was very beneficial and good for us. I think we got players that we can help us win and we want to make sure we put 12 men on the field who are flying around, making plays and playing some exciting football.”

Burnett could be the biggest piece of the puzzle. He attended Lions camp in 2014 but there was no way he was cracking the roster. Not with Bighill and Solomon Elimimian entering the most dominant portion of the “Team 100” era. The former USC Trojan found his way to Winnipeg where he suited up in 25 games and was a big part of a defence that led the CFL in turnover ratio in 2016. Now he could very well be counted upon to replace Bighill’s production.

“I love the way that Tony performed (in 2014) but we just couldn’t keep him in the roster,” said Washington. “He worked harder than probably anybody out there in that camp. I saw him get better as a football player in Winnipeg so I am glad he’s back. I think he is going to help our defence and make us better.” 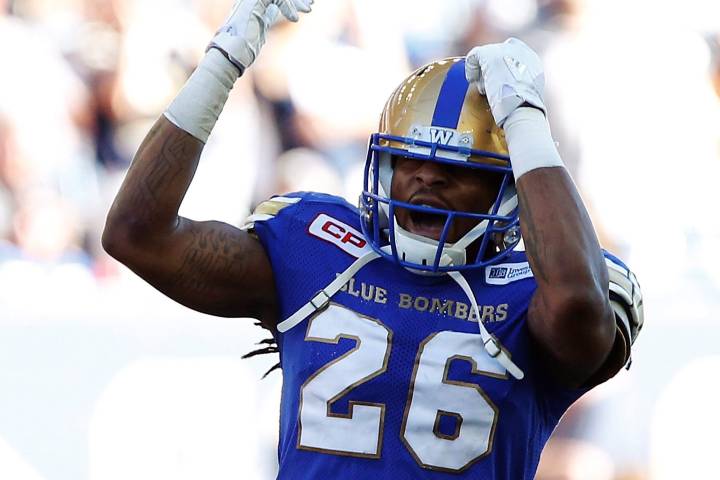 Another area they knew they needed to address was a starter at cornerback. That is where the edition of Jackson comes in. His NFL experience combined with being a key piece on Calgary’s Grey Cup-winning team in 2014 ensures he ticks all of the boxes. What Washington hopes he has in Jackson is a game breaker.

“That is the plan,” insisted the defensive guru. “Buddy is a real good football player and a guy who has been in this league and understands what it takes to win. He is a long defensive back who plays physical. If you couple that with his experience I think we got ourselves a pretty good football player.”

Washington is also high on Bucknor who suited up in Calgary’s Grey Cup loss to Ottawa following stints in Hamilton and Winnipeg from 2012-2015. The Lions may want to start two Canadians in the secondary, along with either Keynan Parker or Anthony Thompson, and that also makes his edition a key one. But it’s not the only reason they coveted him.

Wally Buono was working the phones well before the free agency period even began, locking up three of his own guys in Mic’hael Brooks, Ronnie Yell and TJ Lee. All three appeared as though they might hit the open market. Lee and Yell are both rehabbing from season ending injuries in 2016, suffered in weeks four and ten respectively. In essence it is almost like adding two players to the roster. Three if you include Steven Clarke who was re-signed last month after missing half of 2016 with a torn ACL. 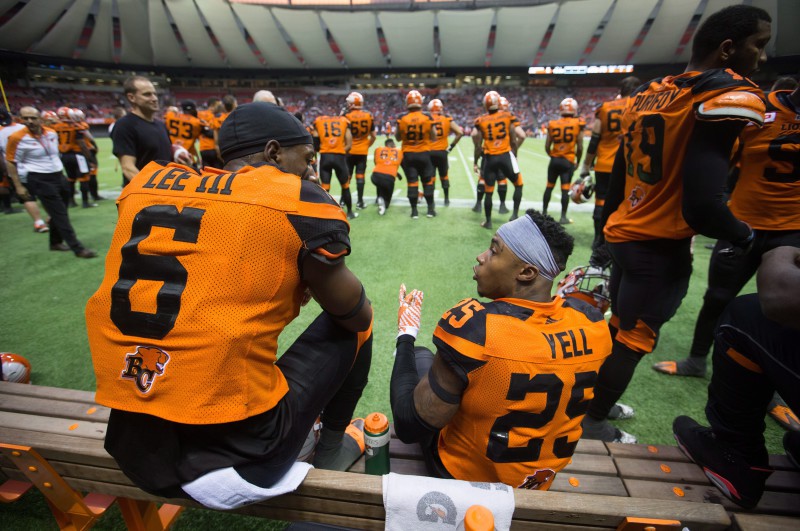 “People might think we didn’t make a big splash in free agency, but I thought we did,” proclaimed Washington. “If all of these guys had hit the market and we signed them, people would think it was the greatest thing since sliced bread. I think all of those injured guys have been working their butts off and all of them are past the point of rehab. They are over the injuries they sustained and they all work extremely hard. They know the level they have to get to and they are going to get there.”

Non-import tackle Ainsworth was also locked up before February 14th, having previously been granted his release by Saskatchewan. Along with the ability to be a ratio changer, the native of South Delta is also known for his dominance on special teams. That isn’t lost on Washington and the coaching staff.

“I remember one game we played in Saskatchewan in his rookie year where we couldn’t block him on special teams,” recalled Washington. “When he was made available to us on the market we were interested in him from what we saw. I remembered that game and said ‘let’s get him on our team.’ Maybe he can wreak that kind of havoc on others now.” 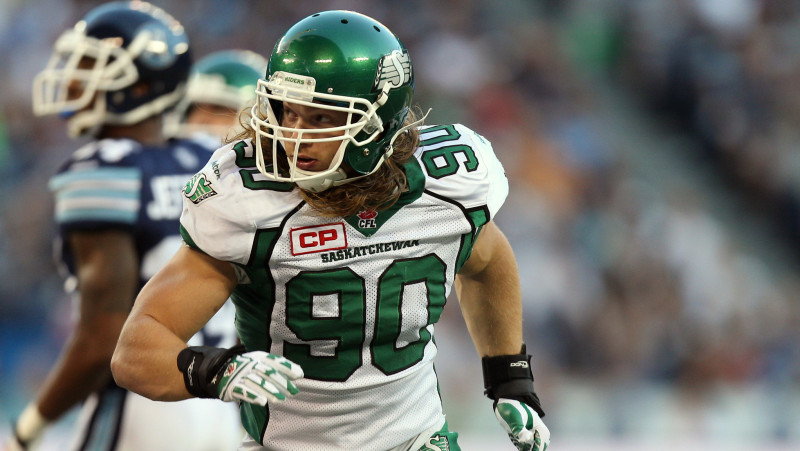 Washington insists the best part about football is competition and there should be plenty of that on his defensive line. Evans could be a wild card in various packages and looks to be anxious to prove himself after suiting up for just five games with Montreal last season.

“His athleticism, his quickness and his power,” said Washington when asked about Evans’ strengths. “He still has lots of tread on the tires. These are guys that people may not recognize, but they are guys within the league. They understand who they are and they are good football players.”

The defensive line is in good hands after Brooks agreed to terms. Washington points to him and Bryan Turner Jr. as leaders of a unit that helped the defence tie Calgary for the lead in quarterback sacks last season. Replacing Bazzie’s production (31 defensive tackles, 11 sacks in 2016) will be one of the big challenges once players report for OTA’s on April 25th and main camp in Kamloops one month after that. It’s not a bad problem to have. And Washington is the guy to have in charge of the re-loading. 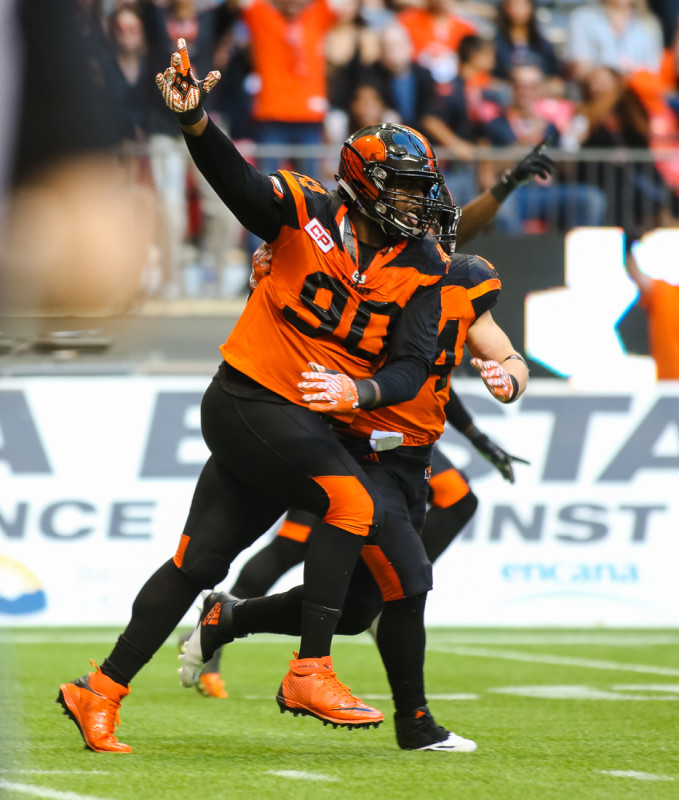 The 11th overall pick in 2014, Ainsworth recorded 35 special teams tackles in two seasons with Saskatchewan. He was Saskatchewan’s nominee for CFL Most Outstanding Special Teams Player in 2015 before a neck injury kept him out of action for all of last year.

His special teams prowess will make him a valuable asset for the group led by Marcello Simmons. After the departure of Jabar Westerman to Montreal, Ainsworth gives Washington some ratio flexibility on the defensive line and could compete with the likes of Turner Jr. and David Menard for roles in certain packages. Washington points to his “great measurable and great size.”

Burnett won Special Teams Player of the Year honours in his senior year at USC and also earned a Pac-12 honourable mention at safety. Prior to his 2014 appearance at Lions camp he spent time on the San Diego Chargers practice roster. In two seasons with Winnipeg he amassed 33 defensive tackles and a pair of forced fumbles.

A potential pre-season favourite to replace Bighill on the outside, alongside Elimimian. Burnett’s speed and agility was a big reason for his success with the Bombers. “Team 100” was known for playing fast so Burnett could potentially fit right in.

Bucknor joins his 4th CFL team after stints in Hamilton, Winnipeg and Calgary. The hard-hitting DB was part of the Ticats’ stingy defence in 2013, which helped result in a trip to the 101st Grey Cup. He is still looking for his first championship after coming up short with the Stampeders last season. Bucknor has recorded 150 defensive tackles and three interceptions in his five-year career.

Versatility and the ability to create takeaways for a secondary that lacked in the turnover department in 2016. Helps fulfill the possibility of starting two Canadians in the secondary with the likes of Parker and Thompson in the mix for regular roster spots at either corner or halfback. 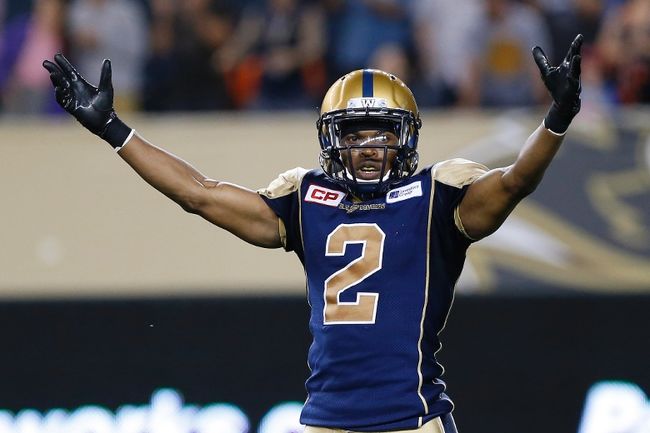 Evans was a teammate of Jackson’s in Calgary but was not active for the 2014 Grey Cup win over Hamilton. He spent the previous three seasons as a member of the Cincinnati Bengals. Following his departure from the Stampeders, Evans dressed for five games with Montreal last season, notching four defensive tackles

The one thing you can never have too much of on your defensive line: depth. Look no further than last year when Brooks went down with an injury and veteran Turner Jr. was waiting in the wings. Quinn will provide that and also could be used in various packages like Turner was when he wasn’t starting. Along with the athleticism and power, Washington also praised his work ethic. 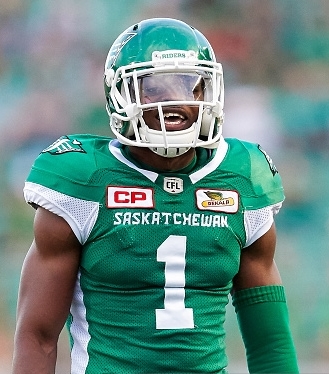 Jackson bounced around the NFL with five stops between before migrating North to Calgary and winning a Grey Cup in 2014. He returned south for a stint with the Dallas Cowboys the next year and then suited up for six games in Saskatchewan last season. The University of Pittsburgh grad has recorded 88 defensive tackles in 24 CFL games.

Championship and NFL experience will be great assets. Jackson helps fill the void at cornerback left by Brandon Stewart who was unsigned after suffering a serious knee injury in the Western Final last November.