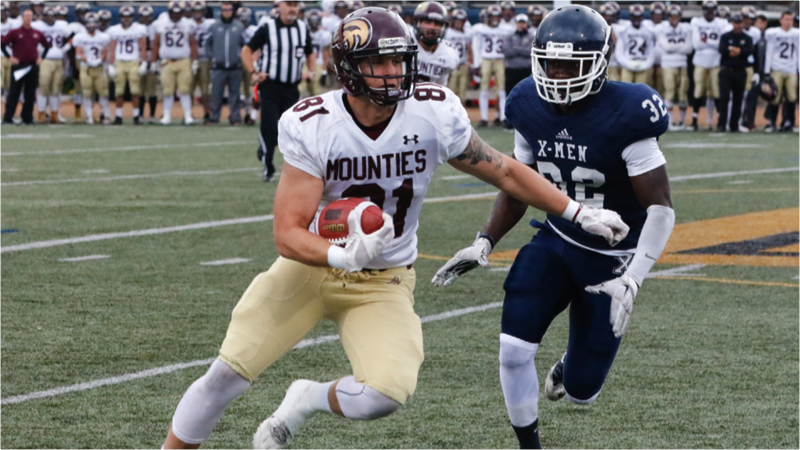 There is more to Dakota Brush than just a really cool name. The Mount Allison receiver and sixth round pick from Sunday night’s draft shares the same hometown as Wayne Gretzky. He is also an aspiring photographer and videographer. But perhaps the most inspirational part of his journey is the fact he is here after a promise he made to his mother Teresa before she passed away from lung cancer two years ago. It was the end result of a battle, which began when Brush came home for Christmas during his second year at University.

“When I got off the plane her hair was shaved from the treatment and that’s when she told me she was diagnosed,” said Brush from his campus home in Sackville, New Brunswick.

It was a far cry from the previous month when Brush and the Mounties travelled to McMaster, near his family home in Brantford, for their 24-12 loss in the Mitchell Bowl. Mt. Allison couldn’t punch their ticket to the Vanier Cup but Brush had no idea what would hit him next.

“My mom was there and in good spirits and I didn’t know (about the diagnosis),” explained Brush. “I had all kinds of relatives watching me and it was basically like a family reunion.” 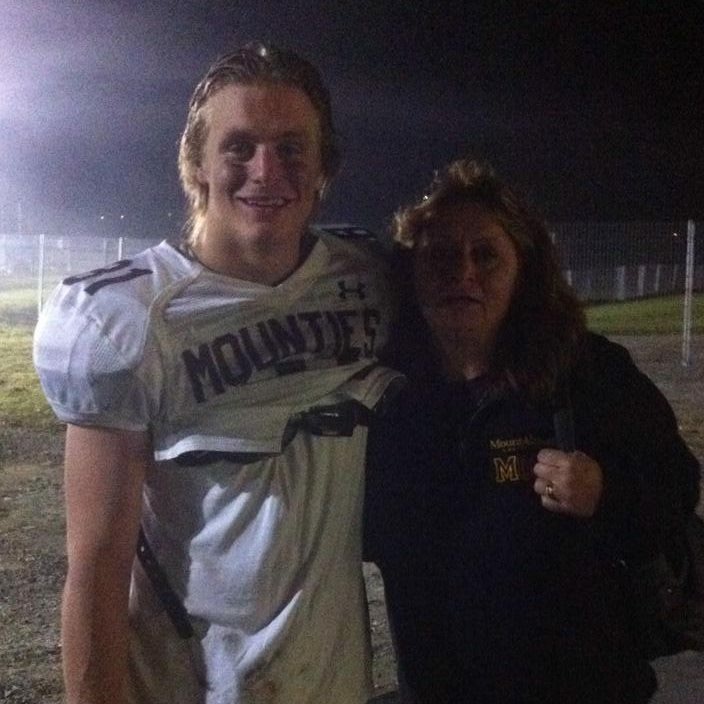 “When I came back for the holiday I drove her to and from chemo and stuff. After I went back I got a phone call saying it wasn’t looking good and that I should come back home. It wound up being a mis-communication between the doctors and our family but I was able to get some time off school and be with her. She was getting worse and worse but told me to go back and focus on school and football.”

Brush received a similar phone call only about ten days later and this time he would not make it home in time: he would have to say his tearful goodbye over the phone. It was right then and there that Brush made the ultimate promise to the woman who brought him into this world.

“My Sister held the phone up to her ear and I told her that since day one I said that I wanted to play in the CFL and become a pro football player. I said ‘I promise you I am going to do everything in my power to make it.’

Sunday night made that a reality. I kept that promise and I couldn’t be happier that I was able to do that in her memory and for me as a whole.”

No doubt Teresa was smiling from up above after receiving an early Mother’s Day gift. Her son is coming off an impressive four-year career with the Mounties, leading the program in receiving yards in his final two seasons. Winning that AUS conference championship in 2014 ranked up there as his top highlight.

Now Brush is focused and excited for the start of rookie camp on May 25th and the opportunity to work with some pretty good personnel.

“In high school I watched Travis Lulay and I remember Manny Arceneaux being with the Vikings before heading back there. I just remember growing up watching BC Lions games and being really excited,” said Brush. 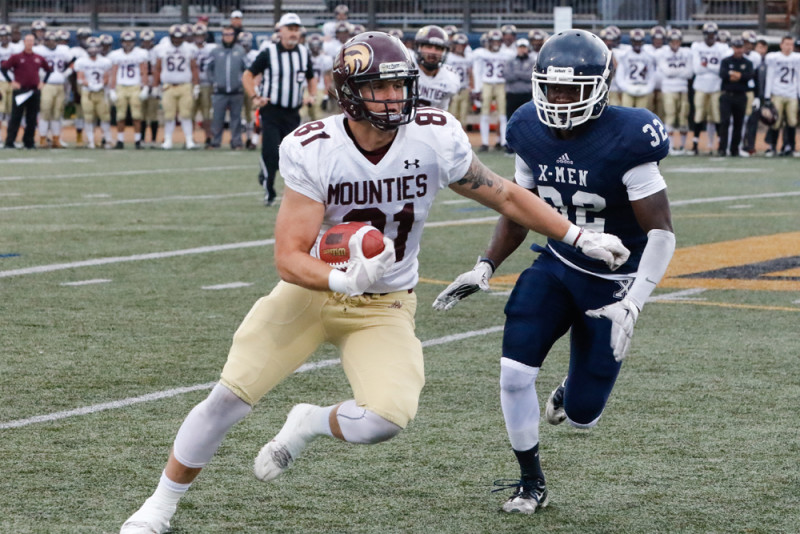 “I’ve been watching a couple of recent games on YouTube, just trying to pick out anything that might help me in the future. I am excited, especially with Jonathon Jennings and the ability to work with him and have him help me with my career. He’s a great quarterback.”

There is all of a sudden an interesting mix of non-import receivers heading to Kamloops in a couple weeks. Along with fellow 2017 draftees Danny Vandervoort and Mitchell Hillis, there are also second-year players Brett Blaszko and Shaq Johnson who will provide some depth and competition for the likes of Marco Iannuzzi and Stephen Adekolu

“I think this is a huge step. When my agent said they had expressed some interest, I was pretty excited about that, “ stated Brush.

“Dakota is a big receiver and professional football is a big man’s game,” said director of football operations Neil McEvoy.

“Dakota has the size and weight to play at the pro level and he will have the opportunity to come to training camp and be a possible roster player for us this year.”

It remains to be seen whether or not he will come second to Gretzky on the all-time list of athletes from Brantford. Although he has never met 99, Brush recalls a rather unique incident with his Father Walter, himself a great figure in the local sports community to this day.

“I remember this like it was yesterday,” recalled Brush. “I went to see the movie 42 and Walter was actually sitting beside me. That was pretty cool. He was quite a chatty character and would be cracking up conversation before and after the movie. He spends a lot of time at the local arena named after Wayne. He’s a good advocate for sports in general.”

Along with enjoying sports flicks with sports legends’ fathers, Brush has also taken up a new passion of photography. This the result of a New Year’s Resolution.

“I wanted to learn something new and take on a new task,” said Brush.

“I bought a camera and started taking photos and video around Sackville and all the Maritimes. Probably one of my favourite projects was this year at spring camp with the Mounties. I couldn’t participate due to lingering soreness so I talked to my coach about being involved because the program has given me a lot.

So I just put a couple of videos together on YouTube kind of highlighting and documenting our spring practices. I am proud of those and probably going to dive into it further and learn more about that world.”

Perhaps a future as a video coach or documentary filmmaker is in the cards. For now he is determined to turn heads at Thompson Rivers University and one thing is clear: wherever he goes, Teresa will be right there with him.

“I remember the days where I was in high school and she would tell me to go out and get a job. She would get super frustrated with me when I told her all I wanted to do was play sports. To get to this point where I can have football as a job and career, that’s pretty special. I definitely took a minute to look back and think about her. She would be proud about me doing this.”