Micah Awe | Man Of Many Talents 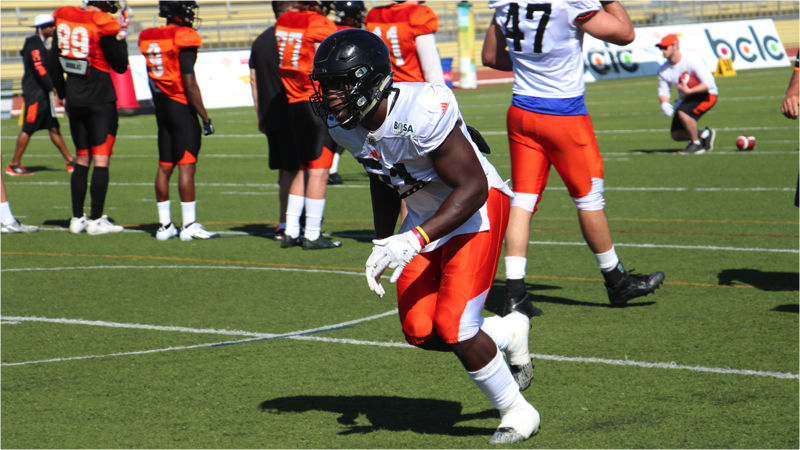 Micah Awe | Man Of Many Talents

Don’t let the on field swagger and focus fool you: Micah Awe is anything but a one trick pony. The product of Texas Tech has expertise far beyond football. In fact, he has already gotten started on a possible post-career business venture. Drone flying. Yes, you read it right.

“I got the drone with a buddy of mine at Texas Tech and I take lots of graduation photos, family portraits and videos of other football players,” explained Awe after Thursday morning practice.

“It’s in the very beginning stages, but I plan on using it for industrial footage also.”

Playing in the football hotbed that is his home state also drew the interest of many others like him: potential pros looking for a chance. Awe eventually graduated into the role of highlight film creator with his new toy. 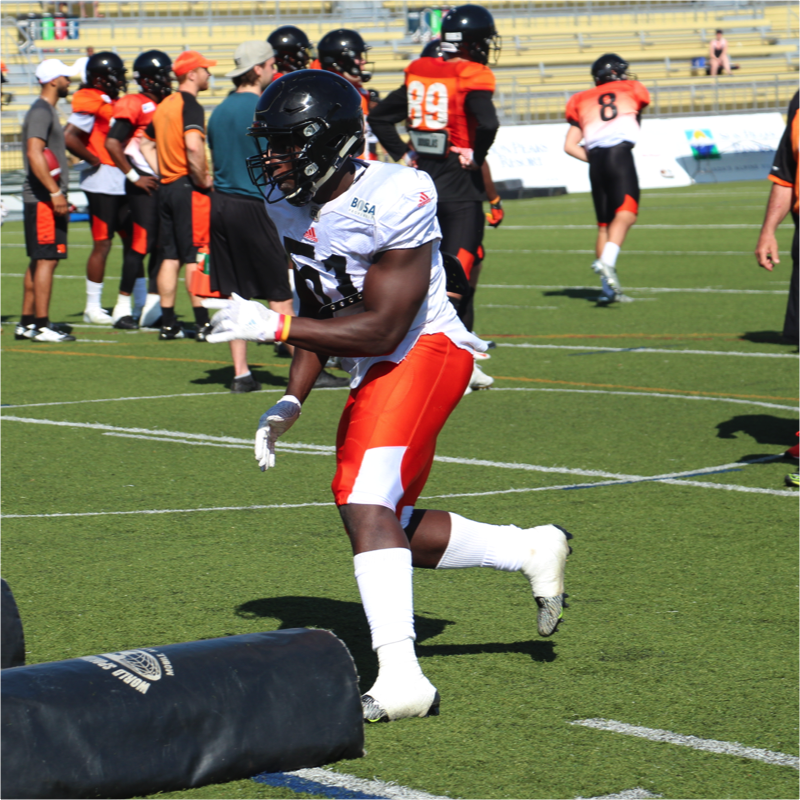 “I did a mini-combine for them, and had it up there watching them do their drills,” said the native of Arlington, Texas.

“I think it’s going to be the future of photography in football. There are a lot of guys out there that want to play. Sometimes you might be really good, but people don’t know about you. I tell athletes it’s really about getting yourself out there and once you get the opportunity you’ve got to do it.”

Awe certainly did his part in getting himself out there. Along with making life miserable for opposing offences at Texas Tech, he counts a 17-tackle game against LSU as his college career highlight; the imposing linebacker also majored in Petroleum Engineering. We weren’t lying when we said the talents extend beyond the gridiron.

“It was a heavy course load, but it was a lot like football. You have to play disciplined,” recalled Awe.

“I’m not much of a partier in general so that helped not being able to do any of that and study on weekends. Sometimes you have to do stuff you don’t want to do. I knew I wanted to get my degree so I sacrificed a lot of things.”

Awe is already aware of the controversy surrounding oil and pipelines in his new home province. When talking about that subject, the well-spoken young man had a very diplomatic and honest approach.

“I feel everything you do is for a reason,” claimed Awe.

“Oil and football in Texas are big things. They go together. I plan on using what I gain from football into the oil business, just to help the world out in general. Some people are against oil, but it makes the world drive right now. Until we have a new renewable resource we’re going to have to push toward making oil more efficient and friendly for the air.”

You get the sense petroleum and drone filming may be put on the back burner for awhile as Awe as proven to be a very viable option in the Lions’ quest to replace Adam Bighill at outside linebacker.

After a brief camp stint with the Tampa Bay Buccaneers in 2016, where his huge hit on Carson Wentz fractured the Philadelphia QB’s ribs, Awe was signed by Wally Buono in January.

His ability to fly around in different packages has the coaching staff and many other observers intrigued. Despite that recognition and a strong showing in Tuesday’s pre-season opener in Calgary- he chipped in with 3 defensive tackles and added one more on special teams- Awe isn’t close to being satisfied just yet.

“I respect this league a lot. Calgary played hard and we started off a little timid,” said Awe.

“We were told by our scouting people that he was an athlete, had good speed and was a physical guy; which he showed,” added Buono.

“The game early was maybe hard on him, but as the game progressed he started to get better and better. Hopefully with another eight or nine days of practice and another game he improves much more.”

Perhaps a big reason Awe has fit in rather quickly can be the fact he has learned from two of the best mentors in this league: Solomon Elimimian and Jason Arakgi. 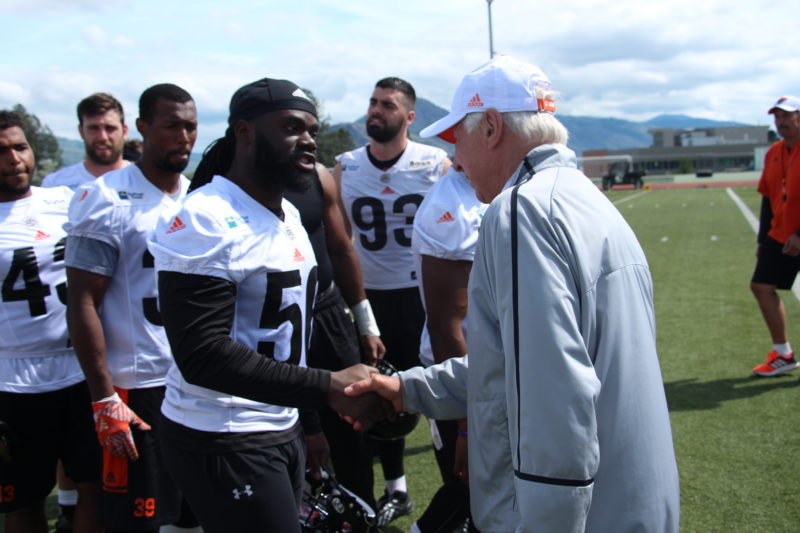 “I have learned more about what Solly does off the field, how he acts and all of that,” said Awe of number 56.

“He has a certain confidence about him and I think that’s where his on field prowess comes from. Arakgi has also been giving me great advice and I look at him and think this is only my first camp, so how can you last ten years? Especially when it comes to special teams. The fact he has the most special teams tackles, I have a lot of respect for that. I am glad he has opened his arms out to me and helped out.”

If you don’t have your tickets for next Thursday’s pre-season clash with Saskatchewan, we suggest you get them. Awe is just one of many exciting young talents recruited over the last six months that has proven he belongs here long term.

He may just have to get used to the beautiful west coast scenery that can be shot with his new toy.

“We don’t have many mountains like this in Texas, it’s literally beautiful. I am very excited to get my drone up here when the season gets going. I might see a bear or two, maybe even a mountain lion.”