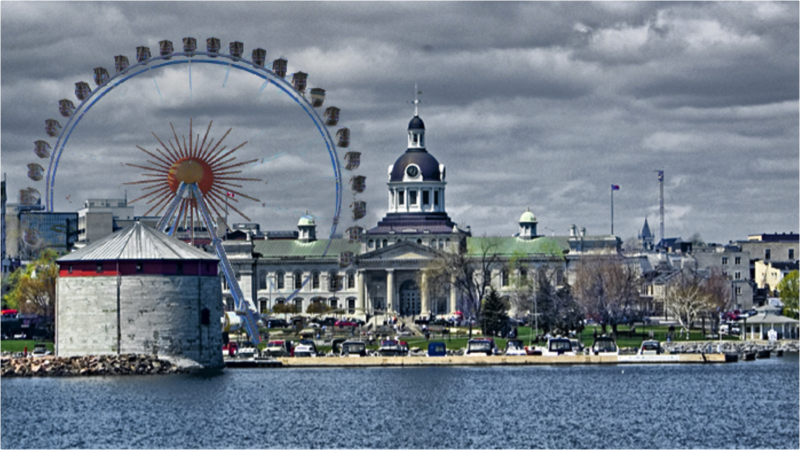 The BC Lions’ Ontario excursion began with some 4th quarter fireworks at BMO Field Friday and continued with Canada Day Fireworks on the shores of Confederation Park one night later. Yes, it was both a leisurely and festive start to the club’s four-day stay in Kingston, roughly 264 KM East of Toronto and 288 KM Southwest of Montreal, where they will tangle with the Alouettes on Thursday.

Along with saving time, staying out east allows the players to bond and even enjoy a little activity between practices and meetings. Kingston also  provides history buffs like Ty Long a chance to soak in some new information about another place he has never visited.

“I didn’t even cross the border until I signed here,” said the rookie kicker.

The product of Alabama-Birmingham nearly jumped from his seat when told of the famous Kingston Penitentiary Tour. The old maximum-security prison housed some of Canada’s most notorious criminals from Clifford Olson to Paul Bernardo.

“I am definitely going to check that out,” added Long. “I grew up a few hours away from Savannah (Georgia); which is a ghost town. I have always been into that kind of stuff. I would have been a history major if it paid a bit more.” (Laughter)

Emmanuel Arceneaux is enjoying his seventh season north of the border and recently made the lower mainland his offseason home. The speedy slotback has learned all about how special Canada Day is.

“It’s pretty good that everybody in the community can come together and make an event like this just work as they celebrate Canada Day for the whole weekend,” said Arceneaux of the Kingston celebrations.

“It’s good to see less drama. That’s what the world needs, just everybody getting along.”

Arceneaux himself loves history and tourist activities and hopes to experience some of that in the midst of relaxation and prep for Montreal.

“It would be nice, but it was a bit of a slugfest a couple of days ago so I need as much time as I can off my feet,” added Arceneaux.

“I’ll be checking my teammates’ Twitter and Instagram over the next couple of days to see what guys had a chance to see out in the community in Kingston.”

Happy 🇨🇦 Day from the one & only @mannyshow84 😎#canada150 pic.twitter.com/5mbE7Is3IL

Despite the fact Vancouver and Kingston are over 4600 KM apart, there are a couple of close connections to the Lions football club. Former defensive lineman and Ring of Honour member Brent Johnson called it home before migrating to The Ohio State University and the West Coast. Queen’s University head Coach Pat Sheahan served as a guest coach for the Lions at this year’s training camp in Kamloops. Sheahan and Wally Buono were coaches with the Montreal Junior Concordes squad that made it to the Dominion Final in 1982.

Buono and the coaches also have to adjust to not being home. While not being in the comfort of their own beds or having access to everything they need at the training facility, time is always too valuable in this game. Staying out east provides the best chance for them to take the most advantage of that short week. 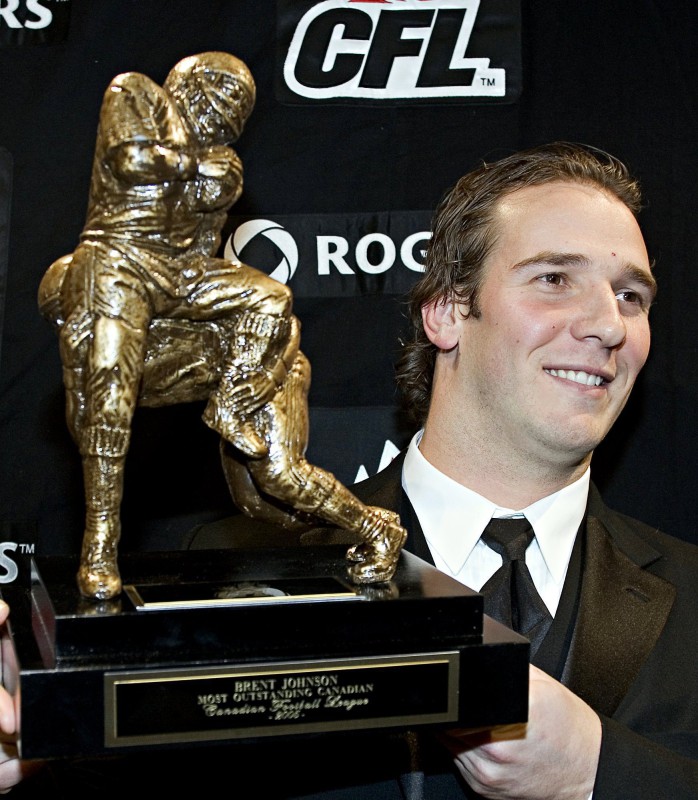 For special teams coach Marcello Simmons it has been a chance to spend time with his wife and two young kids who live in his house in Burlington, Ontario during the season. Burlington also where the Lions stayed during the Toronto leg of the trip, allowing Simmons to be at home.

“It’s always good to see family, whether it’s for a day, two days or even a few hours,” said Simmons.

“You get to re-charge and refocus while still doing something that you love to do. The toddler is going to only have so many hours in a day so if you can get some of that time it’s a bonus.”

As far as the football part of it goes Simmons admits this type of arrangement has many pros, but also a few cons.

“It doesn’t help that you have one day less to prepare and you have to have the logistics worked out before you leave,” explained Simmons.

“You have to have an idea before you leave because there is some things you don’t have access too on the road that you would in the office, like access to video and things like that. You still have your laptops so you can work, but it’s limited and you can run into a lot of issues being away, but staying out here is good. 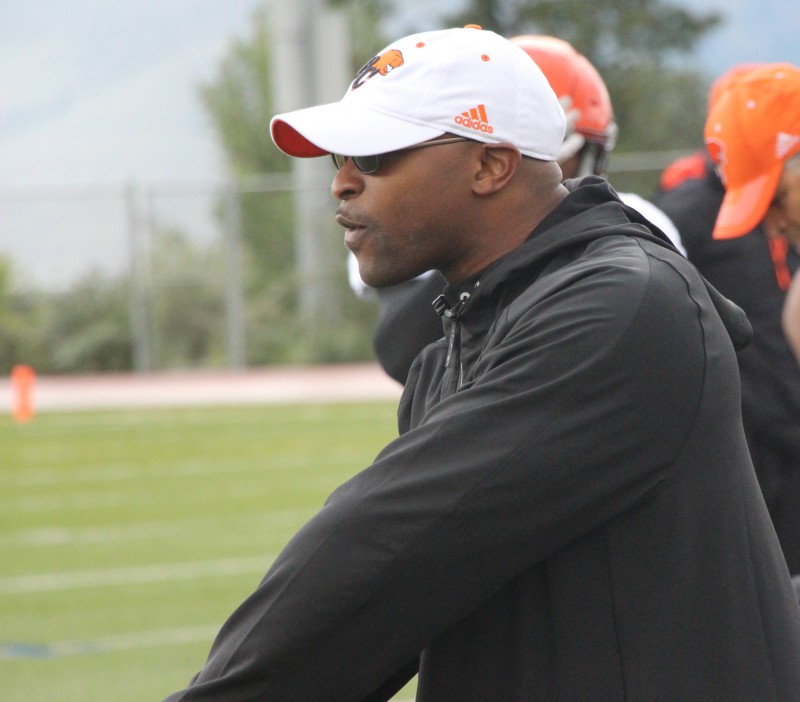 “To fly back across the country on a short week and then coming all the way back would be asking for a lot. Your team also has a different focus when they are on the road. It’s a chance to team build and do some things you probably wouldn’t if you were at home.”

Spending in a non-CFL city like this also has caused some of the locals and fellow tourists to do some double takes on the streets. Aside from training camps it is rare to spend any extended time as a team in an area that is home to no pro sports entities.

“We were able to see the fireworks, go to some of the local delis for food and run into some of the people that don’t get to see football too often, “added Arceneaux.

“A lot of people keep asking if we’re the real BC Lions and if we’re real football players. They have welcomed us with open arms. In Surrey we finish practice and then go home. When you’re in a hotel you look for more things to do other than sit in your room all day and stare at the TV or look at the little paintings on the wall.”

The comeback win over the Argonauts certainly will allow these next couple of days to be more enjoyable. Defeating the Alouettes would make it back-to-back years of sweeping the extended eastern trip. The club prevailed in Ottawa on August 25th and stayed four extra days in the nation’s capital before a victory in Toronto six days later.

Along with being home to the prison, some other neat tidbits about Kingston include: 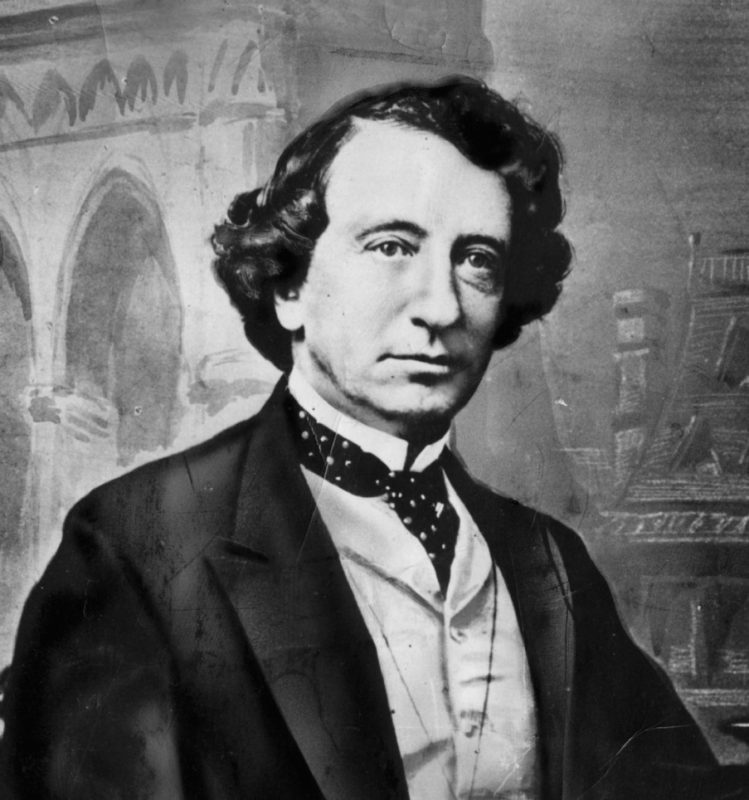 It was the first capital city of United Canada.

Our chat with the special teams guru also provided some nice insight on Long’s development in the kicking game. The rookie went three for three on field goal attempts and made good on his lone convert try in Toronto. Although he may want a do over on a couple of his punts, Long’s position coach insists he is happy with the progress.

“I’m proud of him because he bounced back and stepped up when we need him to,” said Simmons.

“The game isn’t always going to go where you want it. There is always going to be ebbs and flows and when it was ebbing it ebbed because we had the missed punts, but it did flow, he bounced back. He helped our team win and when you have that it’s not something you can discount. It’s a learning curve for him, but I think he’s answering the call.” 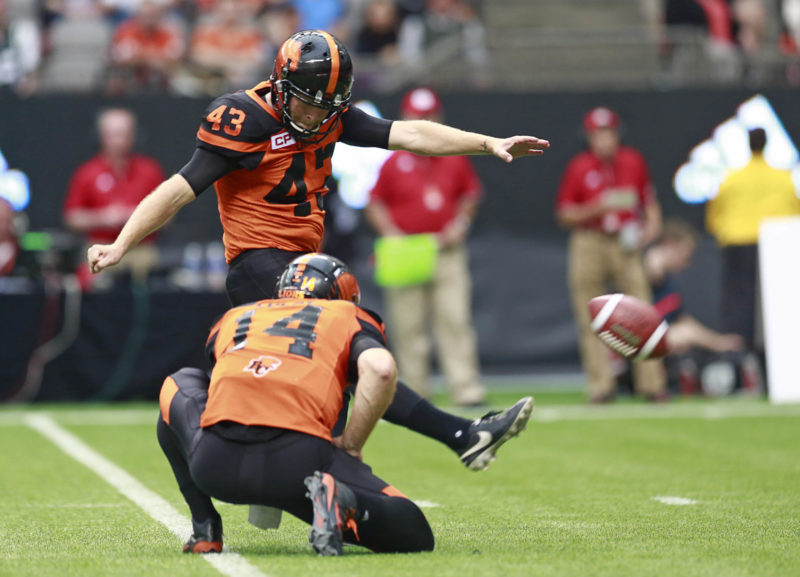 Long’s best punt was a 62-yard bomb that forced Ricky Ray to start at his own 14-yard line. It came two plays before DeQuin Evans’ forced fumble set the Lions up to pull away late in the 4th quarter.

Swayze Waters also made the extended trip and the feeling is he is very close to returning from injury. If he doesn’t, the coaches know they have a solid insurance policy in Long. The team will practice at the Queen’s campus on Monday and Tuesday before taking a bus ride to Montreal on Wednesday. Kickoff against the Alouettes is 4:30PM Pacific on Thursday.