Jennings: “I have more range of motion than I did Sunday.” 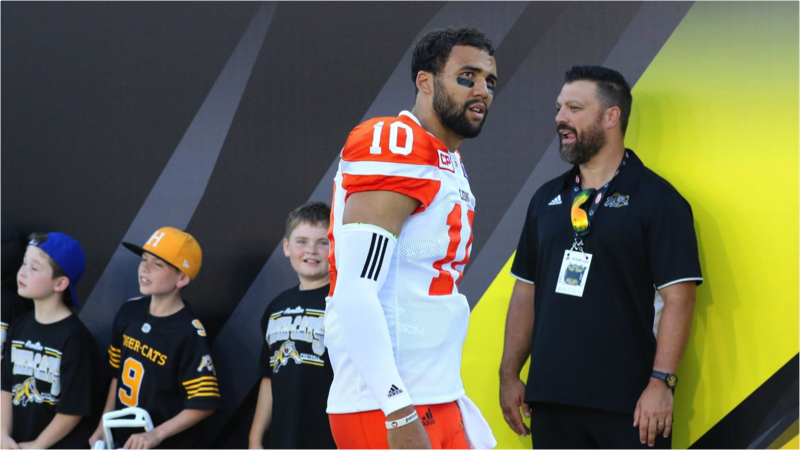 Jennings: “I have more range of motion than I did Sunday.”

Jonathon Jennings had a much easier day on Monday. And that is nothing but good news for the short- term outlook on his injured shoulder. An MRI revealed no extensive damage after he was knocked out of Saturday’s victory in Hamilton on the Lions’ first offensive play from scrimmage.

“I have much more range of motion in my shoulder than I did on Sunday,” explained Jennings after a weight room session at the club’s facility.

“It’s good to know I did not break or separate anything and that I can now focus on getting back to 100 percent as quickly as possible.”

Jennings remained in good spirits on the sidelines when Travis Lulay was picking apart the Tiger-Cats defence, and was equally upbeat on the five-hour, post-game flight home.

The starter will be evaluated week to week, which means Lulay gets his first start since the 2015 regular season finale when they welcome in the Winnipeg Blue Bombers on Friday.

“We’re relieved in a sense that it is a game to game type thing,” said GM/head coach Wally Buono.

“His range of motion is much better today, which is extremely important. You never want to make too much of an injury until after the fact because you are always sore right after the game and in this case we had a long fight. The fact there is little damage is very promising.”

Having a remarkable number two option like Lulay should also allow Buono and company the luxury of not rushing Jennings back into action.

“We’re coming off a big win, not only for Travis, but for the entire club it was a big shot in the arm,” added Buono.

“Travis has been a great warrior. He has done a great job getting Jonathon ready and he showed Saturday that when given the opportunity, he can still play.”

The initial plan was to have Jennings still dress behind Lulay and Alex Ross. Buono shifted gears on that topic and indicated the plan may indeed be to bring in another quarterback as soon as this week.

“I don’t want to be premature, but that is something we are going to decide in the next day or so,” added Buono. 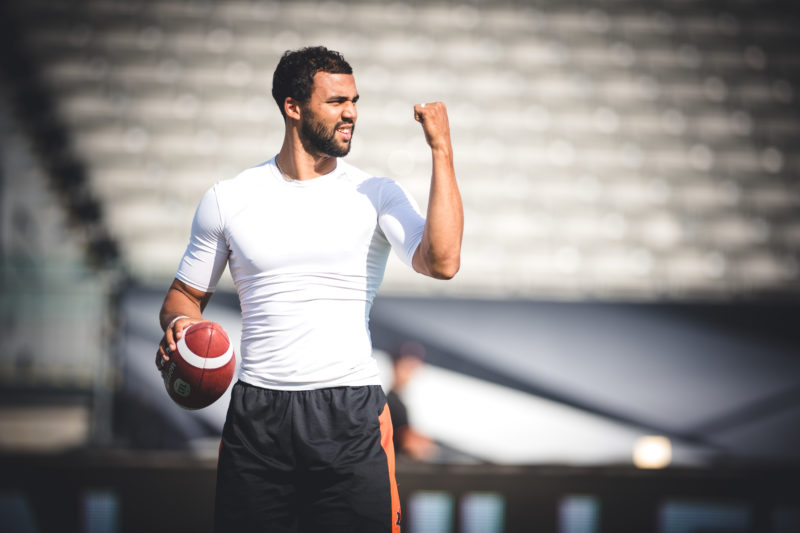 One thing is clear: everyone involved can be thrilled with the fact they have no doubt the best quarterback duo in the CFL.

“I was thrilled to see Travis out there playing so well, and seeing the team surge behind him,” said Jennings.

“Trav just proved that he still has so much left in the tank. I don’t think anyone doubted that he was going to come in and help us win that game.”