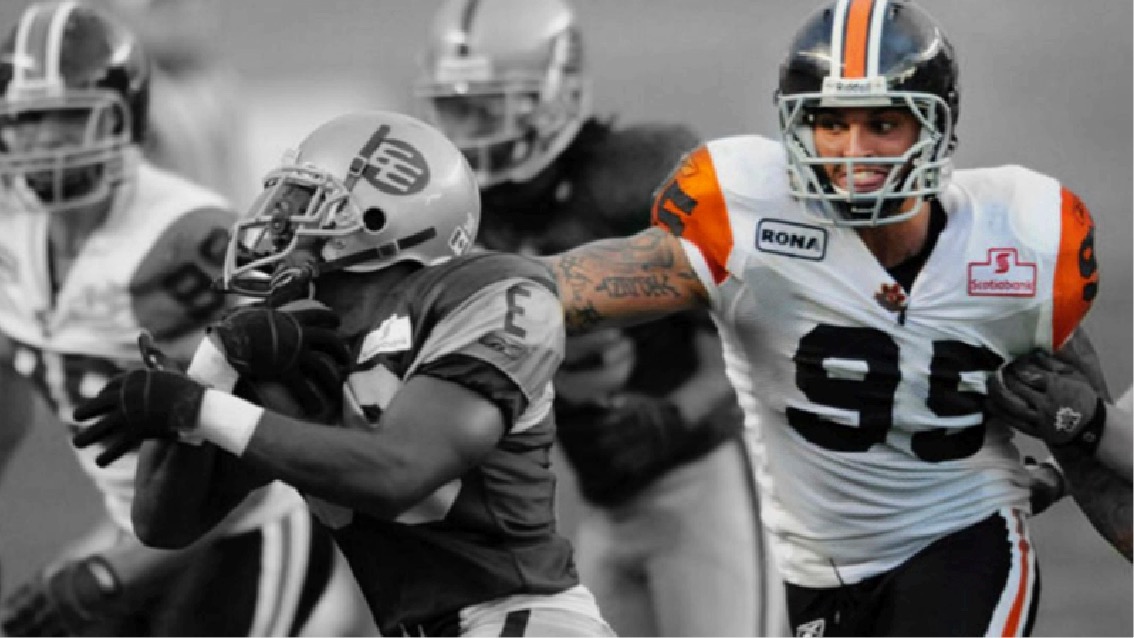 What’s old is new again in the den. Free agent defensive end Ricky Foley has agreed to terms on a contract for the remainder of 2017.

The native of Courtice, Ontario spent his first four CFL seasons with the BC Lions, winning a Grey Cup in 2006 and enjoying a breakout season in 2009 where he amassed 47 defensive tackles, 12 sacks and won the CFL’s Most Outstanding Canadian Award.

Foley’s addition should immediately help improve a defensive line that has struggled at times to pressure the quarterback. The defence is tied for fifth in the CFL with 13 sacks, 12 behind the leading Toronto Argonauts. His veteran leadership will also be an excellent factor as the club continues to groom the likes of Josh Shirley, Junior Luke and Maxx Forde.

Following his award-winning season of 2009, Foley tried his hand at the NFL, working out with both the Seattle Seahawks and New York Jets before returning North with his hometown Argonauts. Foley’s most productive season came with the boatmen in 2011 when he picked up 66 defensive tackles, six sacks and his lone career interception.

He helped the Argonauts win a Grey Cup in 2012 and was also the game’s Most Outstanding Canadian.

Foley won his third Grey Cup ring with Saskatchewan in 2013 and returned to the Argonauts for the 2015 season, prior to his release in March of this year.

He will begin practicing with his new/old teammates on Wednesday as the squad prepares for a rematch in Saskatchewan next Sunday at new Mosaic Stadium. The possibility of him suiting up against one of his old squads should be intriguing in itself. You can bet he will soon have November 4th circled on his calendar: that’s when the Argonauts visit BC Place.