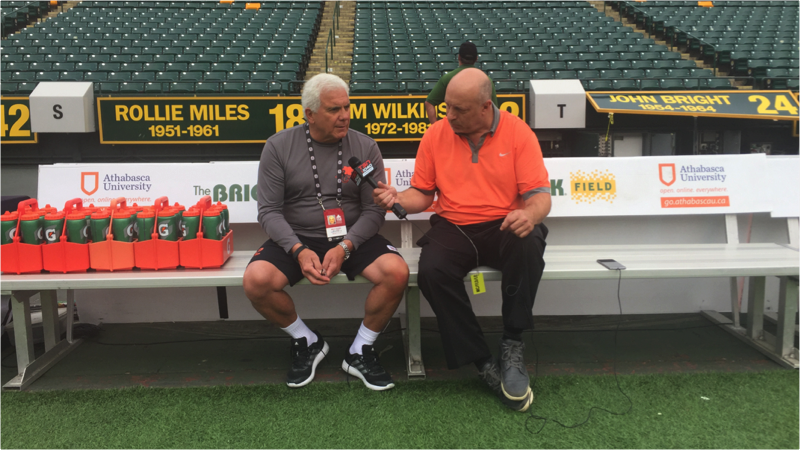 Robert Gray remembers it like it was yesterday. After some tough growing pains in the first couple of years after launching in May of 2001, the now longtime Program Director of TSN 1040 could sense Vancouver’s first all-sports radio station was turning a corner. And then came their first big break prior to the 2003 BC Lions’ season. One day after announcing a new broadcast deal through 2022, Gray reflected on the early days and how landing the rights that first time truly put the station on the map.

“It was kind of a combination of two things,” Gray opined from his downtown Vancouver office on the first deal 15 years ago.

“I think the Lions had a real desire to be on a station that would make them front and centre and give them a two-hour pregame show, two-hour postgame show and just a full broadcast. The old radio partner wasn’t able to do that. It was really a good, mutual opportunity to give the Lions more of the content that they wanted and also to align with a brand as big as the BC Lions. They had been around and won many championships. I think it worked well both ways.”

Prior to striking that first broadcast contract, the Lions enjoyed a long, successful partnership with CKNW 980. J. Paul McConnell and Tom Larcsheid entertained fans on a weekly basis, setting the gold standard for football play-by-play broadcasts across North America.

But times were changing. Sports fans were hungry for content around the clock, not just when the games were on. Vancouver had been the last major market in Canada to launch an all-sports radio station and the benefits of some of our local teams moving their broadcasts to 1040 were too good to pass up. 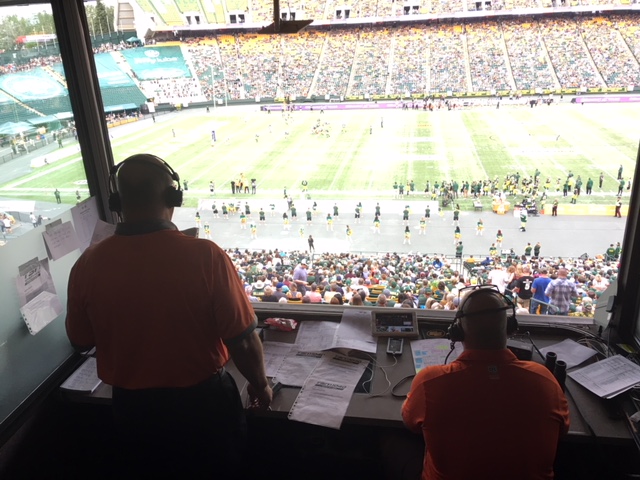 Marjanovich observes the action during his first game as play-by-play announcer July 28th, 2017 in Edmonton.

Known as Team 1040 until September 2014, the station had a template already in place for carrying live, local broadcasts. It was just a matter of getting a time before one of the local teams signed on long-term.

“We had the Vancouver Giants’ broadcasts their first year and did some Whitecaps’ games when they were still in the USL and NASL when we were just getting started,” Gray explained.

“We knew we could do broadcasts at a high standard. It was just great to have an anchor tenant. To have one that was not only big in Vancouver but across the province of BC was great and it allowed us to serve our network of affiliate stations outside of the lower mainland was a big step, absolutely.”

Bob “The Moj” Marjanovich took over as the play-by-play man when Scott Rintoul moved to Sportsnet 650 last summer. This new deal confirms Marjanovich and Giulio Caravatta will once again team up in 2018 and beyond.

“The number one thing is they’re both very entertaining guys,” Gray said.

“The stories that they have about football and life are just fantastic. They’re bringing a lot of that to the broadcast. You get a really great, relatable and engaging piece. I think we did some social media with Moj singing Sinatra before the game. It’s fun. They may be talking about music and food or whatever, but football is first and foremost. I think it follows the tradition of the great broadcasters we’ve had in the role before, even from before we got the rights.”

Moj and @caravatta2 with a duet in Winnipeg. Five more years of signing in the booth with @TSN1040 🤣 🎵 💪 pic.twitter.com/2J68ytTcJu

Marjanovich echoed the importance of carrying on such a proud tradition.

“Doing the play-by-play last year was a real treat, I really enjoyed it and for me there is a lot of trepidation going into it, considering the voices of the Lions in the past,” he said on TSN 1040 yesterday.

“I think of guys like Jim Cox, J. Paul McConnell, Rick Ball and even Scotty. It’s just getting the opportunity to do it. I had a lot of fun doing it and being a big football fan, I’m so happy the Lions are back on TSN 1040 moving forward.”

“I should mention all of the other people involved in our broadcast, in terms of the on-air guys like Chris Burns, Lowell Ullrich and Giulio Caravatta. They are obviously very pleased that this has occurred as well,” the ex- UBC lineman added.

When Gray continues to reflect on the early days of the partnership, he can’t help but feel lucky at how great an era it was for BC Lions football. Wally Buono had just arrived from Calgary as the franchise super boss. Dave Dickenson and Casey Printers provided fans and media with plenty of interesting takes on who should start at quarterback on any given week. The station gave those fans and listeners an avenue to express those interesting opinions. 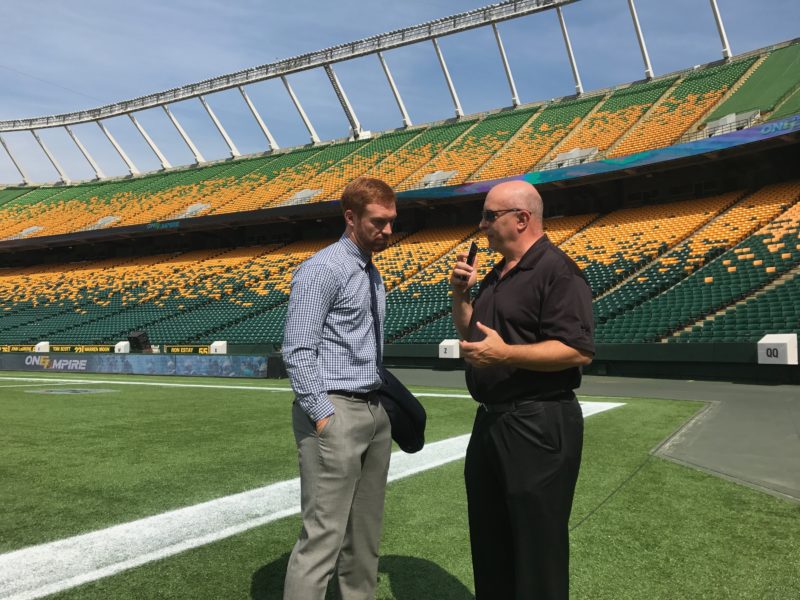 “It’s funny, I still have a big framed print in my office with Dave and Casey on it,” Gray laughed.

The TSN 1040 Lions production is now bigger than ever. Ullrich joins the broadcast team on road trips as the sideline reporter. Mike Whittingham, TSN Radio’s Executive Producer of Live Play-By-Play and Events, overseas all broadcasts, home and away and has recently taken on the role of organizing the network’s national Grey Cup broadcast where Caravatta serves as the colour man for Rod Black.

Since the first deal between 1040 and the Lions, four other CFL clubs- Hamilton, Montreal, Ottawa and Toronto- have joined forces with their local TSN Radio affiliate.

“It’s great the Lions embraced that opportunity for extended coverage,” Gray said of the growth of the broadcasts.

“The more feet on the ground in the city, being able to produce the broadcasts ourselves, have shows leading up to the games and even bringing some of our local shows on the road, the more of that the better. It gives fans more coverage. When there are only 18 games in the season, every one of them is critically important.”

Now that the partnership has spanned a decade-and-a-half, it’s safe to say both brands have benefited.