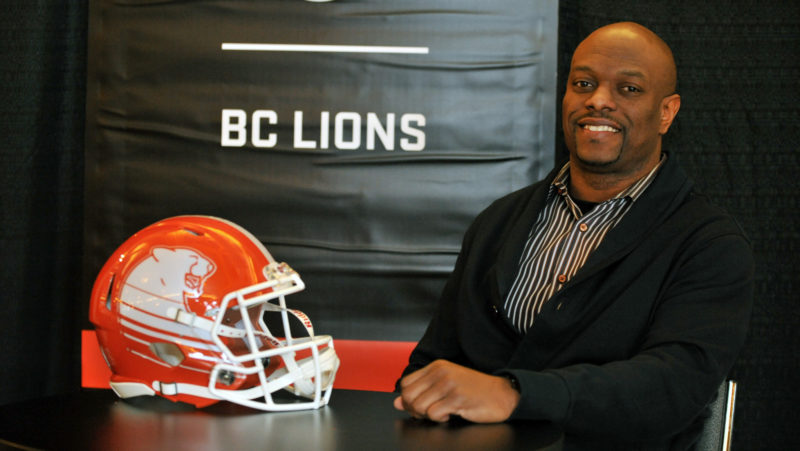 Very early in his tenure as BC Lions General Manager, Ed Hervey made it clear he wasn’t going to be afraid to do a little old fashioned wheeling and dealing. Whether it has been beefing up the defensive line with trades for Odell Willis and Gabriel Knapton, or the flurry of activity that netted no less than 11 new faces in the opening 36 hours of free agency, Hervey has played the game of roster roulette in accordance to how he feels the 2018 version of the Lions should be re-tooled.

And now early returns suggest the CFL Draft will be no exception.

Hervey spent much of the morning and early afternoon working the phones and eventually swung a trade with the Winnipeg Blue Bombers for the seventh and 16th selections on Thursday. In return, the Bombers received our second round pick (12th overall) and own first round pick in 2019. The new football operations head honcho says having a pair of selections in the top seven is essential for what they want to accomplish this year and beyond.

“Our approach was to be aggressive,” said Hervey on Wednesday afternoon.

“We felt that there are some quality players in this draft that we wanted the opportunity to select. With just one pick in the first round and then nothing until 12th overall, we weren’t quite sure we would get the type of player that we want or necessarily need. We made a pitch to move up, it was met by Winnipeg with openness and we were able to get a deal done. It gives us flexibility as far as being able to select the players we want and we’ll wait to see how the draft unfolds.”

Less than an hour after Hervey pulled the trigger on his deal, the Hamilton Tiger-Cats announced a move with the Edmonton Eskimos that included the sixth overall pick landing in Steeltown. The Ticats later shipped their second overall pick, offensive lineman Ryan Bomben and wide receiver Jamal Robinson to Montreal for the first overall selection.

Hervey now admits they made overtures to the Alouettes, but there was nothing his brass was willing to pull the trigger on.

“We had a conversation, nothing overly exciting and nothing extensive,” explained Hervey.

“From what I understand, they wanted a player. We weren’t able to provide that. It was nothing to the point that we were going to make that kind of move. Considering where we are, I think we’re in a good position.” 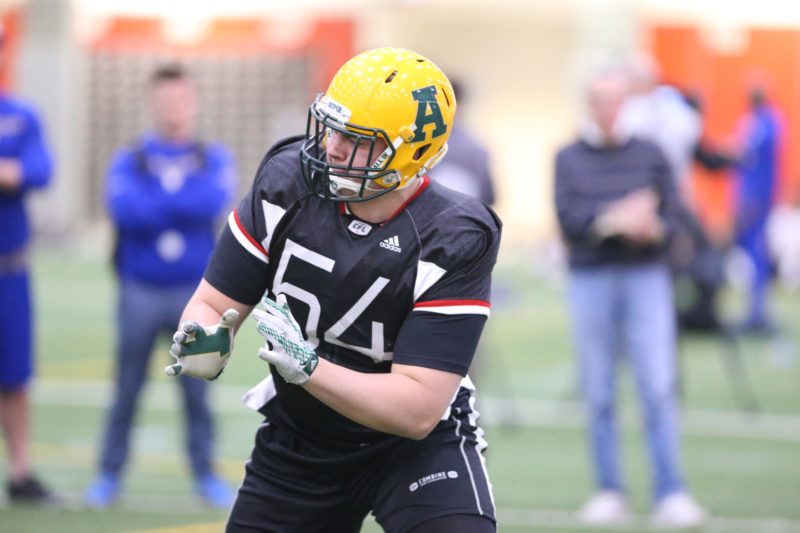 And that position could very well be the offensive or defensive lines. Although not tipping his hand on who he favours at this point, the GM agrees with the notion they could possibly come away with two guys that can play decent roles this season, even if a couple of the best prospects have landed down south.

“With (offensive linemen) Ryan Hunter (Kansas City) and Dakota Shepley (NY Jets) going to the NFL, it’s a bit of a wild card with those guys. There’s plenty of quality at the top, it’s just a matter of what player fits and what you want to do scheme wise. Talking with guys like Peter Godber and Mark Korte, those guys have been pretty solid in interviews. There is also a defensive lineman in Julien Laurent who has been pretty solid and a wideout in Mark Chapman. There is just so much quality and no telling what could happen. Having seventh overall gives us a little more flexibility to make a decision on what we want to do as far as is it the best player available at three versus what we can get at seven.”

You wouldn’t know it’s been a hectic day on the phones. Hervey lives for this time of year. At the end of a long day, he was flashing his signature smile and anticipating draft day as if it’s Christmas.

“We feel good about our list of top seven, and that if we get two of those players, we’ve started off on a good note.”

Be sure to follow BCLions.com for all of our 2018 CFL Draft coverage. Check out our draft central page HERE!

Round 1, 7th overall- * acquired in Wednesday’s trade with the Winnipeg Blue Bombers.

Round 2, 16th overall- *acquired in Wednesday’s trade with the Winnipeg Blue Bombers.

Round 4- no selection- *traded to Ottawa for DL Odell Willis on February 2nd.

Round 7- 47th overall- *acquired in a trade with Saskatchewan for safety Mike Edem in May of 2017.

Round 8- no selection* traded to Saskatchewan in Edem deal.