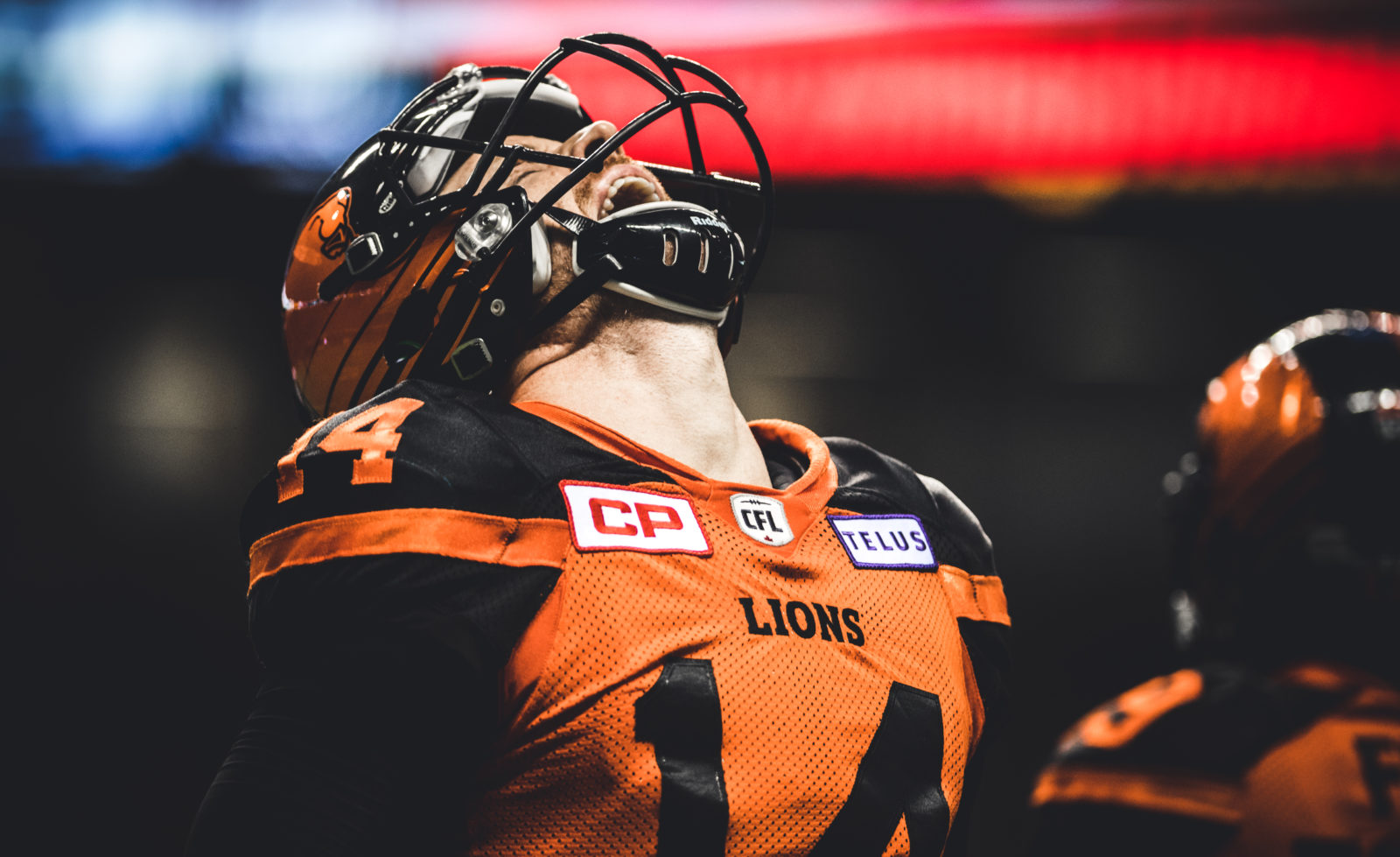 Travis Lulay (14) of the BC Lions during the game against the Winnipeg Blue Bombers at BC Place Stadium in Vancouver, BC., on Friday, July 21, 2017. (Photo: Johany Jutras)

With the offence in need of a massive turn around and wily veteran Travis Lulay inching toward 100 per cent health, many observers have been asking the inevitable question: is a change at the quarterback position on the menu for Saturday’s rematch with the Winnipeg Blue Bombers? However, as Lulay and head coach Wally Buono held court with the media following Tuesday’s practice two things were clear: they still won’t rush it when it comes to Lulay’s surgically repaired knee and hope has not been lost for Jonathon Jennings.

“Right now if I had to name a starter, it would be Jonathon,” explained Buono.

“Now, could that change at the end of the week? Absolutely. We will know on Thursday.”

This comes on the heels of both another loss and Lulay’s Monday check-up with Team Doctor Bob McCormack. Nine months after surgery to repair severe ligament damage in his knee, the 34-year pivot remains cautiously optimistic but echoed the feelings of Buono in terms of not rushing back and using the long practice week to his advantage.

“That’s just been part of the weekly routine is checking with the doc, making sure I’m continuing to make progress, having him ask me questions about what more functional movements I was able to do, how the last week went and all of that,” said Lulay.

“I’d say it was positive and just look to continue to progress this week.” 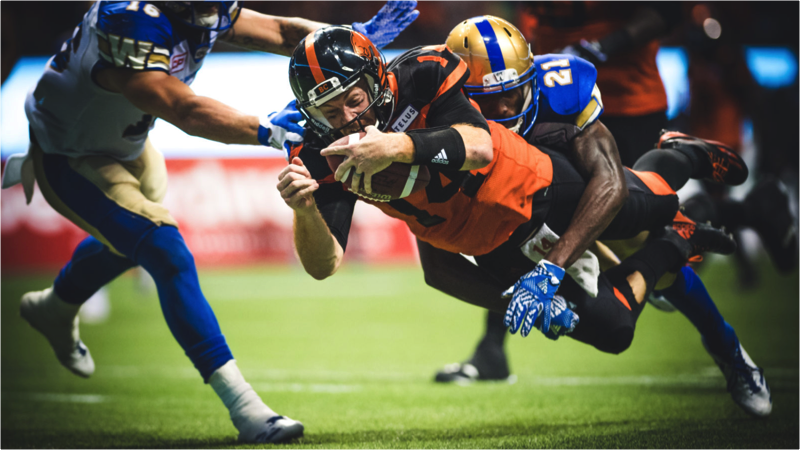 Travis Lulay (14) of the BC Lions and Brandon Alexander (21) of the Winnipeg Blue Bombers during the game at BC Place Stadium in Vancouver, BC., on Friday, July 21, 2017. (Photo: Johany Jutras)

Lulay and Jennings pretty much split the first-team reps on Tuesday with Cody Fajardo getting some work in with the starting offence at the end. Further to the discussion about his rehab and should be ready to start behind centre, the 2011 CFL Most Outstanding Player acknowledged the important thing is he has yet to have any setbacks in his rehab.

“What we talked about with the medical staff and Wally is we’ll kind of make a designation as each week goes on. I’m still ramping up in what I’m doing as far as the work goes at practice, but I’m really optimistic and feel really good about the last couple of weeks, particularly the last three or four weeks I have said ‘this is my best week yet.’ I did a little bit more, I was running a little bit more fluid, ran around yesterday and felt really fluid so all that is trending in the right direction.”

The typical recovery time for an injury severe as this is 9-12 months, so you can understand both Lulay and the doctors’ mission of taking it one week at a time. The important thing is he continues to feel good in these practice situations.

“I felt really comfortable last week taking live reps against the defence, feel like my eyes and arm feel great and as soon as the knee is fully ready to go I’ll feel good about where I’m at.”

And even if he isn’t quite ready to go, number 14 will be valuable in the quest to help Jennings re-discover some of the magic he showed earlier in his career. As the mentor always reminds the young pup, anyone who has played the position will face this kind of inconsistency at some point in his career.

“It’s just the nature of our spot. We get that. You learn it in high school. My message to him is ‘keep working.’ If you hum and haw over every little mistake, you get a little bit of a bad memory bank going on. These are the type of things we talk about is just trying to flush any bad plays out, remember the good plays, see it on film and just trust yourself. Jonathon has great football instincts. I noticed it when he was a rookie. I said he doesn’t a clue what he’s doing as far as defences go, but he’s got really good instincts. He’ll snap out of it. It’s something that every single person who plays the position has ever gone through and I truly believe Jon is mentally tough enough and a smart enough kid, he’ll snap out of it.”

Although a major detriment to your team’s success, it can’t all hinge on the quarterback. Buono has been part of many different teams in his day and challenges every position group to do their part in snapping out of it.

“My concern is the fact we’re not consistent,” added the head coach.

“We don’t transfer the stuff that we do in practice into the game and when that doesn’t happen you usually don’t execute very well.”

Every player on offence knows they have to be better as a unit no matter who starts at quarterback. No matter who that may be, the confidence level will remain the same.

“At the end of the day, Jarious has put together a great offence. It really doesn’t matter who is at quarterback, we’re ready and preparing for whichever one goes out there. If it’s Lulay or if its Jennings we’re going to go out there and give it the same 110 per cent that we need to.”

As they say in the entertainment business, stay tuned.