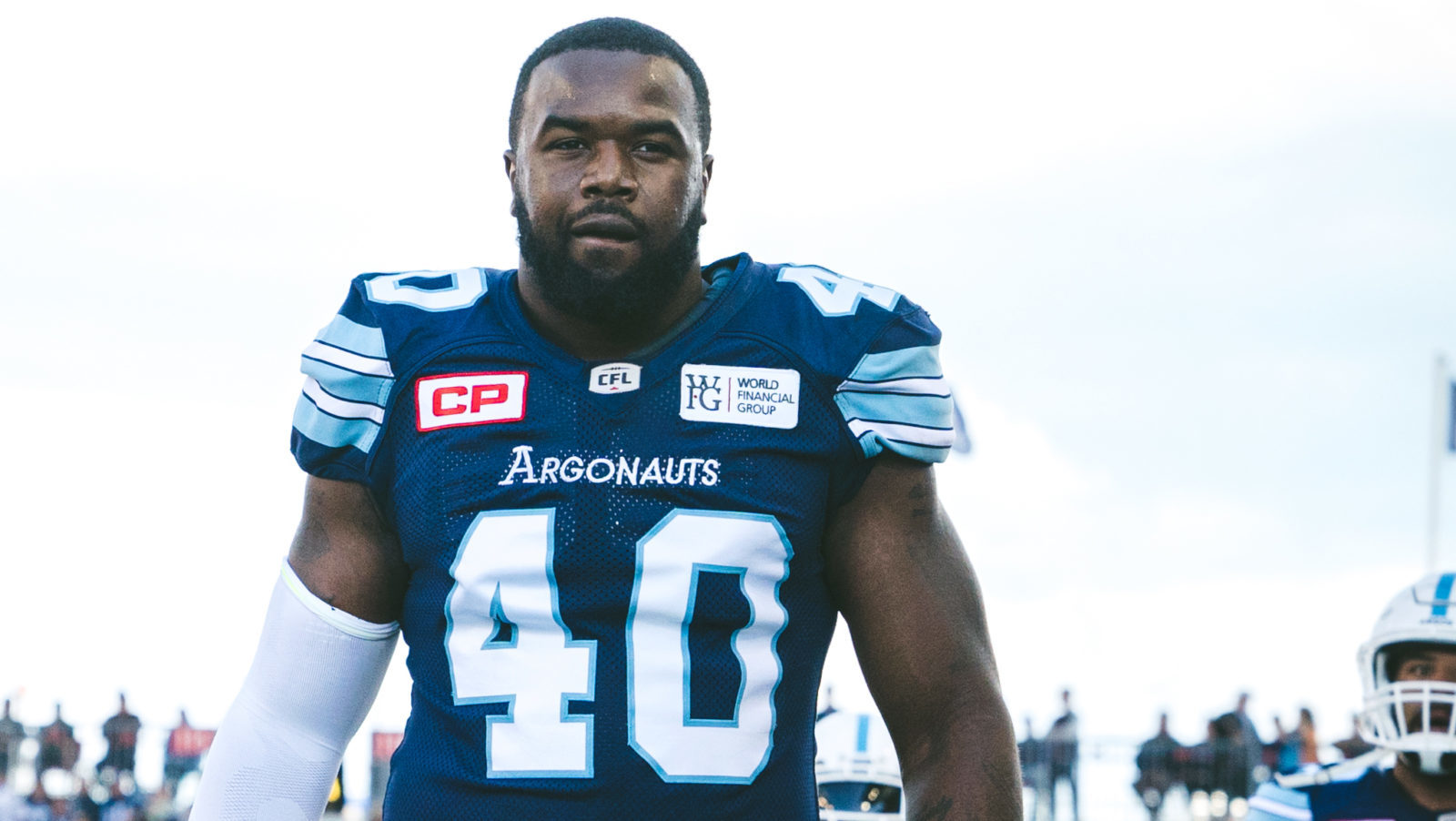 Shawn Lemon is known by many names around the CFL. Some call him ‘LemonDrops’, some refer to him as ‘The Lemonator’, while others simply describe him as a quarterback’s worst nightmare.

Whatever name you choose to give Mr. Lemon, there is one thing we can all call him: a BC Lion.

The Lions shocked the CFL on Tuesday morning, announcing they had acquired Shawn Lemon from the Toronto Argonauts in exchange for a player on the club’s negotiation list.

“I had just woken up from a nap,” says Lemon about the moment he learned he had been traded to the Lions. “I’m definitely excited to be here and I feel like all the pieces are here to be a successful team. I just want to come in and contribute.” 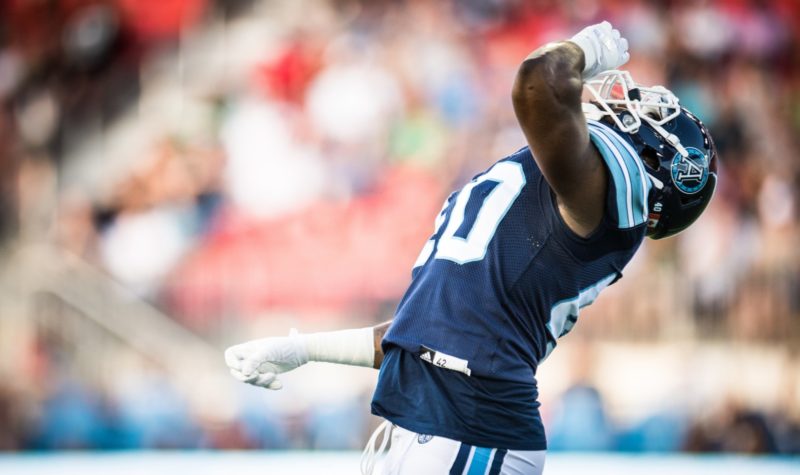 Shawn Lemon (40) of the Toronto Argonauts during the game against the Ottawa REDBLACKS at BMO Field in Toronto, ON. Wednesday, July 13, 2016. (Photo: Johany Jutras)

Lemon figures to complement what is already an immensely talented defensive line. Adding Shawn to a line featuring the likes of Odell Willis, Gabriel Knapton, Davon Coleman and Junior Luke is a scary thought for offensive coordinators around the CFL.

“Shawn has always been an elite pass rusher in this league and he is a guy that can make life miserable for your tackle and your quarterback,” says Wally Buono on his newest toy. “It excites me that we have, I think, three very good veteran defensive ends right now with Gabe Knapton, Odell Willis and Shawn Lemon.

“These are guys that have had a lot of success and you can use them in a lot of packages. At the end of the day, it’s a long season and if you can rotate them effectively, I think you can get the best out of them.”

It will be particularly exciting to witness Lemon and Willis uniting on the same defensive line for the first time in their illustrious careers. With a combined 18 years of experience in the CFL, 141 sacks and three Grey Cup titles, you’d be hard pressed to find a more potent pass-rushing duo.

“I know it’s going to be fun for us,” says Lemon on the chance to share a locker room with Odell. “It’ll be an opportunity to get after the quarterbacks. [Odell] does that well and I consider myself to do that pretty well too.”

‘Pretty well’ is an understatement where Shawn is concerned. The 29-year-old is a certified star in this league. He has won a pair of Grey Cups, with Calgary and Toronto respectively, and was named an East Division All-Star in 2016.  Lemon is a fierce pass rusher, registering 51 sacks and 19 forced fumbles through 80 career games.

However, what truly sets Shawn apart from his peers is his ability to make plays when the lights are the brightest. Through five career playoff games, Lemon has three sacks. In three Grey Cup appearances, Lemon has done everything in his power to propel his team to victory, tallying two sacks.

The University of Akron alum is very familiar with many of the names on the Lions’ roster, and he is happy to get the chance to play with them, as opposed to against them.

“Jovan Olafioye,” Lemon says with a smile when asked which player he is most excited to play with. “We had a lot of good battles with each other. I don’t have to pass rush against him in live action anymore and he doesn’t have to try to block me in live action. I’m excited about that and I’m sure he is too.”

The Lions are currently bringing up the rear in the West Division with a record of 2-3. Obviously that isn’t where they hoped they would be at this point in the campaign, but Shawn learned last year with the Argos that how you finish the season is the only thing that matters. 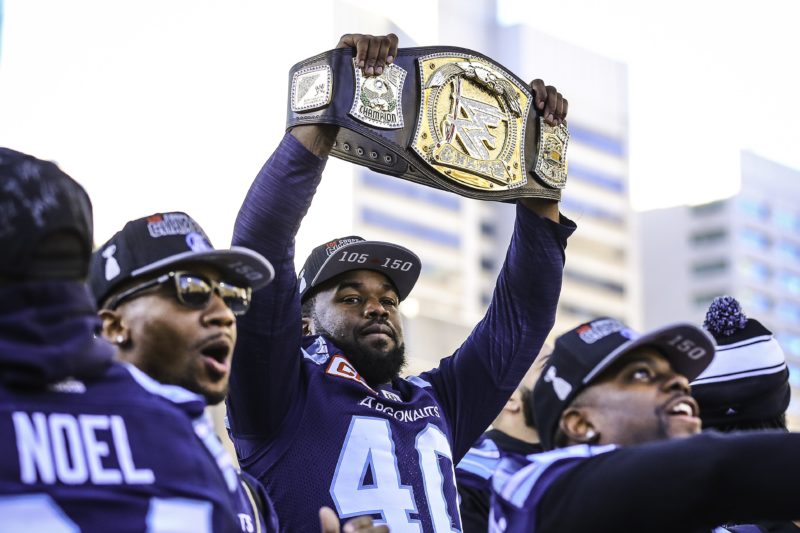 “It’s all about getting hot at the right time in this league,” says Lemon. “It’s a long season and it’s all about having the right group of guys, having veteran guys who understand the league. And we definitely have that here with guys like Odell, Manny and Solly. We just have to come together.”

Lemon has played in three of the last four Grey Cups, winning two. Hopefully that success follows him to the shores of British Columbia and the Lions can make it four trips to the Grey Cup in five years for The Lemonator.