“Patience Was Never My Strong Trait” | Elliott Makes His Mark 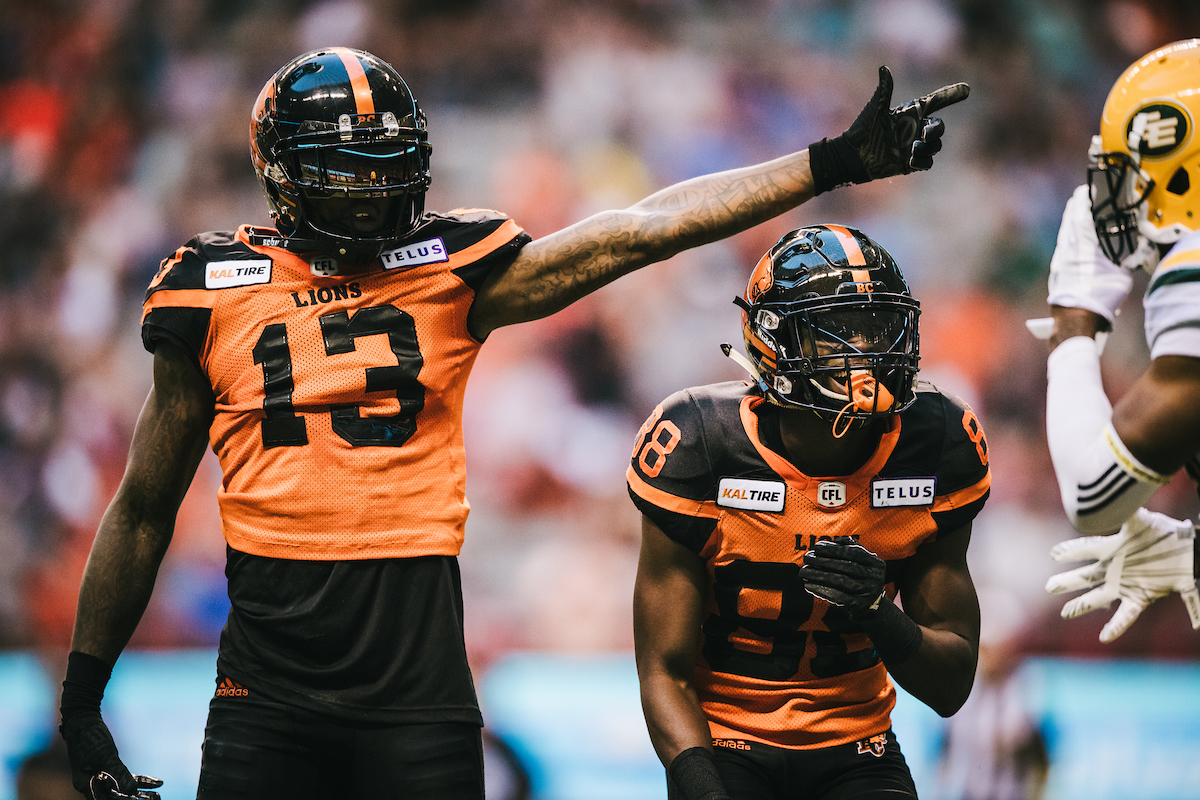 “Patience Was Never My Strong Trait” | Elliott Makes His Mark

Kevin Elliott (13) Shaquille Johnson (88) of the BC Lions and during the game against the Edmonton Eskimos at BC Place Stadium in Vancouver, BC on Thursday, August 9, 2018. (Photo: Johany Jutras / CFL)

The scene likely resembled that of two prized fighters looking each other in the eye before being told to touch gloves for a 12-round knockout extravaganza. And for Kevin Elliott, it was that moment as a member of the 2012 Jacksonville Jaguars where it first hit him that he had made it as a professional football player.

“It was the first game of the season,” recalls the Lions’ receiver.

“I lined up on the kickoff team and realized I had to tackle Percy Harvin (then with the Vikings). He was much faster than I expected. That moment right there made me realize it was real and that I could compete in that league. It was a big eye-opener for me.”

Elliott survived that special teams assignment and then managed to make an impact in the starting offence when teammate Laurent Robinson went down with an injury. That’s just Elliott in a nutshell: taking advantage of the opportunity. Doing that in his home state made it extra important.

“It was a blessing,” says Elliott.

“I went undrafted, made it through mini-camp and then came out of training camp on the 53-man roster. I ended up starting on offence and special teams after he went down. It was a dream come true for me and I just appreciate all of the brotherhoods I formed there. I bring all of that experience up there with me.”

His patience and dedication to football were evident right before he put pen to paper on his Lions contract this year. After firing his agent, the skilled receiver represented himself and made his own phone calls to General Managers across the league. He found one big fan in Ed Hervey.

“Ed was the first one to call me back,” says Elliott.

“We had a long talk, they gave me the opportunity and I’m forever grateful for that. Once I reported to mini-camp in April, I approached it like I was a rookie all over again. It (acting as his own agent) was a really big eye-opener. I have a son on the way. I have no time to waste so it taught me how to be self-absorbent, negotiate and have the confidence to speak to GMs.”

It begged the question: does he see himself as a General Manager one day?

“You never know. I have a good mentor in Ed Hervey, right?” 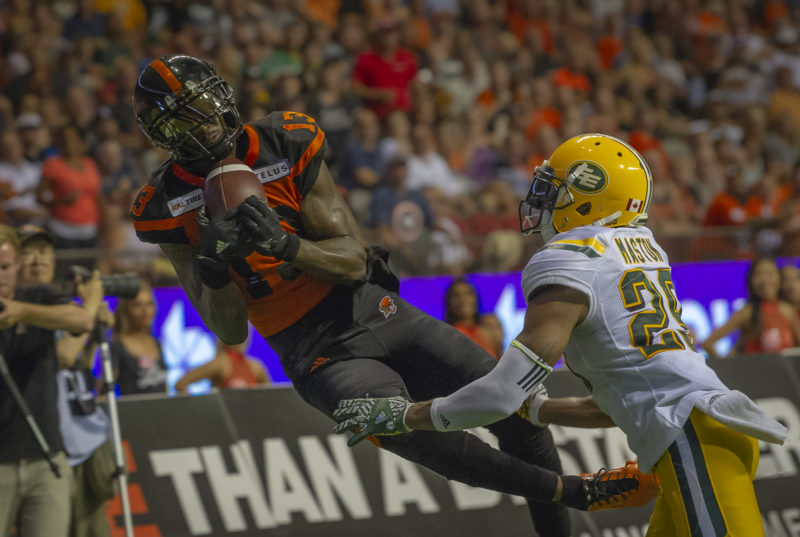 Kevin Elliott hauls in a reception from Travis Lulay during a victory over the Edmonton Eskimos on August 9th. Photo: David Friederich.

For now, his focus remains on playing for as long as he can, something he demonstrated he is very capable of doing.

After making his season debut in the loss at Calgary on August 4th, Elliott was the Lions’ leading receiver in Saturday’s thrilling victory over Edmonton. His third quarter touchdown reception is what sparked the big comeback and gave the offence some juice they desperately needed.

“I feel like a little kid in a candy store, just being able to go out there and run around with my teammates,” explains Elliott.

“Any day you can catch passes from a legend like Lulay is a great one. I was fortunate to also catch passes from Ricky Ray in Toronto so I consider myself lucky there. It’s going to be real scary for some of these defences.”

His head coach has also been impressed with how he has performed.

“You have to give Ed credit for that. Ed believed in him, brought him to our OTA and he toiled with a lot of the guys who nobody knew about,” adds Wally Buono.

“He showed that he was a veteran, knew what was going on, came to training camp, competed very well and he’s adapted to his role. I think he’s produced two weeks in a row. This is about giving him an opportunity and then the player doing the most with it.”

Elliott landed with the Buffalo Bills in 2013 before a torn ACL helped derail his hopes of building on what he accomplished with the Jaguars. After a brief stop in the now-defunct Fall Experimental Football League (FXFL), the Florida A&M product found his way in Toronto Argonauts training camp in 2015 with some fellow CFL newbies who would eventually make an impact themselves.

“Myself, Dionte Spencer, Vidal Hazelton and Kevin Fogg all played in the FXFL together,” recalls Elliott.

“It just so happened I ended up on the same team as Dionte and Vidal. That transition worked well because we were all just happy to be playing football. That’s why you saw the results the first year in Toronto. It was just about going out there and having fun.”

Going back to the big smoke this weekend carries some extra weight, not only because he has a chance to show his first CFL team he can still do it at a high level. He will also get a chance to see his pregnant wife Shanda. Their son Khalil Elliott is due on August 26th.

“Everyone calls me KE, so KE Jr. for our guy works just fine,” says the father to be with a smile.

“I can’t wait to get back there. I love playing on that grass so it will be a nice little homecoming.”

He was one of the wild cards in this offence coming out of training camp. Now that he has played two solid games, you can’t help but be impressed with his outlook on life.

“Patience was never my strong trait, but I’ve had a lot of practice at it. That just teaches you how to be a professional and be ready when your name is called.”