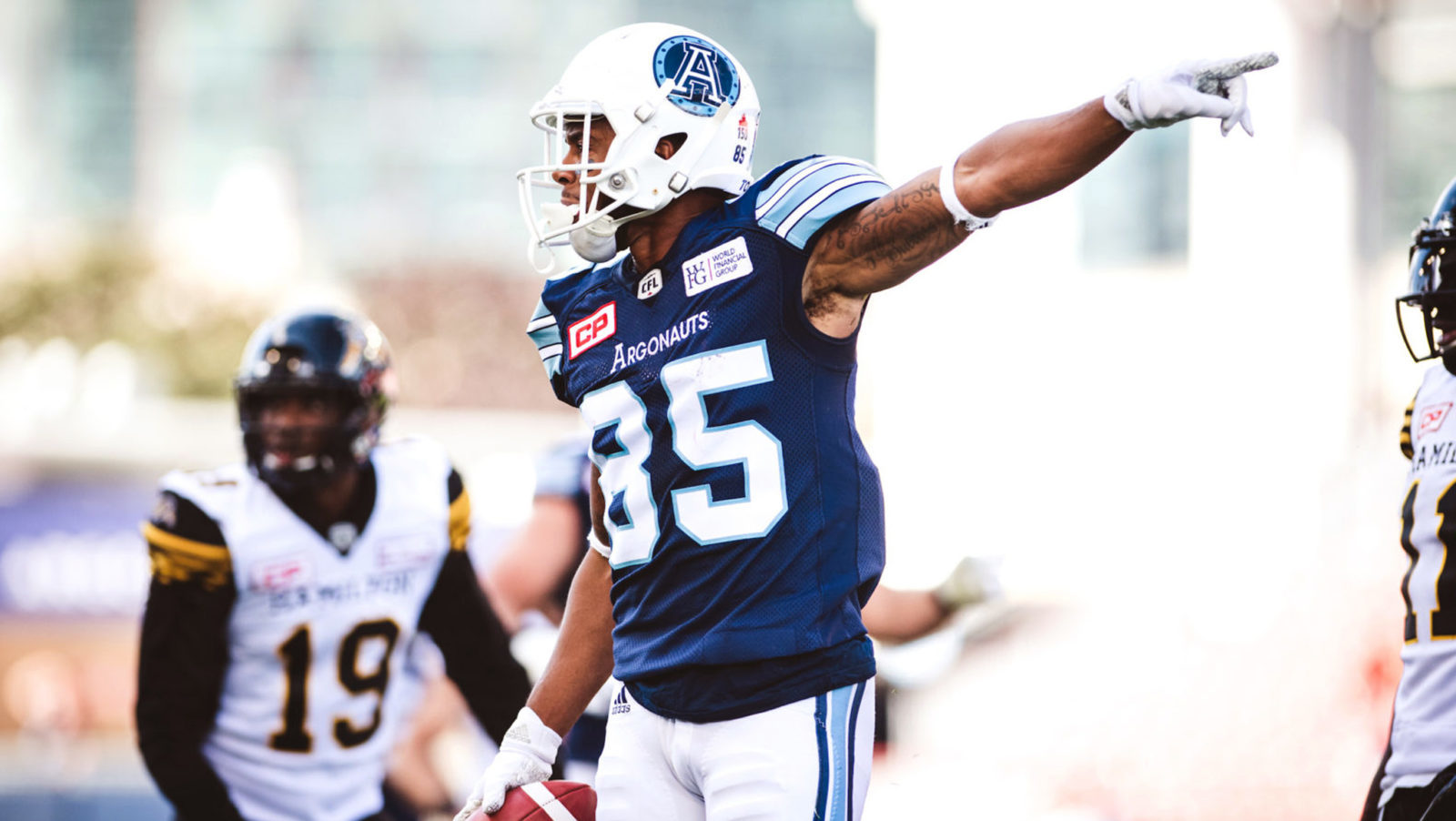 DeVier Posey (85) of the Toronto Argonauts during the game against the Hamilton Tiger-Cats at BMO Field in Toronto, On., Sunday, June 25, 2017. (Photo: Johany Jutras)

Posey (6’2”, 210) was named Grey Cup MVP last year as a member of the Toronto Argonauts after hauling in seven receptions for 175 yards and a major including a CFL-record 100-yard touchdown in the Double Blue’s dramatic win over Calgary.

“DeVier will definitely help our offence heading into a very critical part of our schedule,” said GM Ed Hervey. “He’s demonstrated the ability to make game-changing plays and he will be a significant addition to the talented group of receivers we have now.”

Originally, a third-round NFL Draft selection of the Houston Texans in 2012, Posey appeared in 26 games over three seasons tallying 272 yards on 22 receptions before being dealt to the New York Jets in 2015. He made one other stop with Denver in 2016 before coming to the CFL in September 2016.

Over a 16-game span with the Argos including 12 regular season appearances last year, the Ohio State grad notched 65 catches for 905 yards with seven majors. Following his remarkable performance in last year’s Grey Cup, Posey signed with the Baltimore Ravens and recently attended training camp with the club.

Posey will begin practicing with the Lions on Monday in advance of Friday’s road clash in Montreal.