Trainer Reichelt Calls It A Career After 42 Seasons 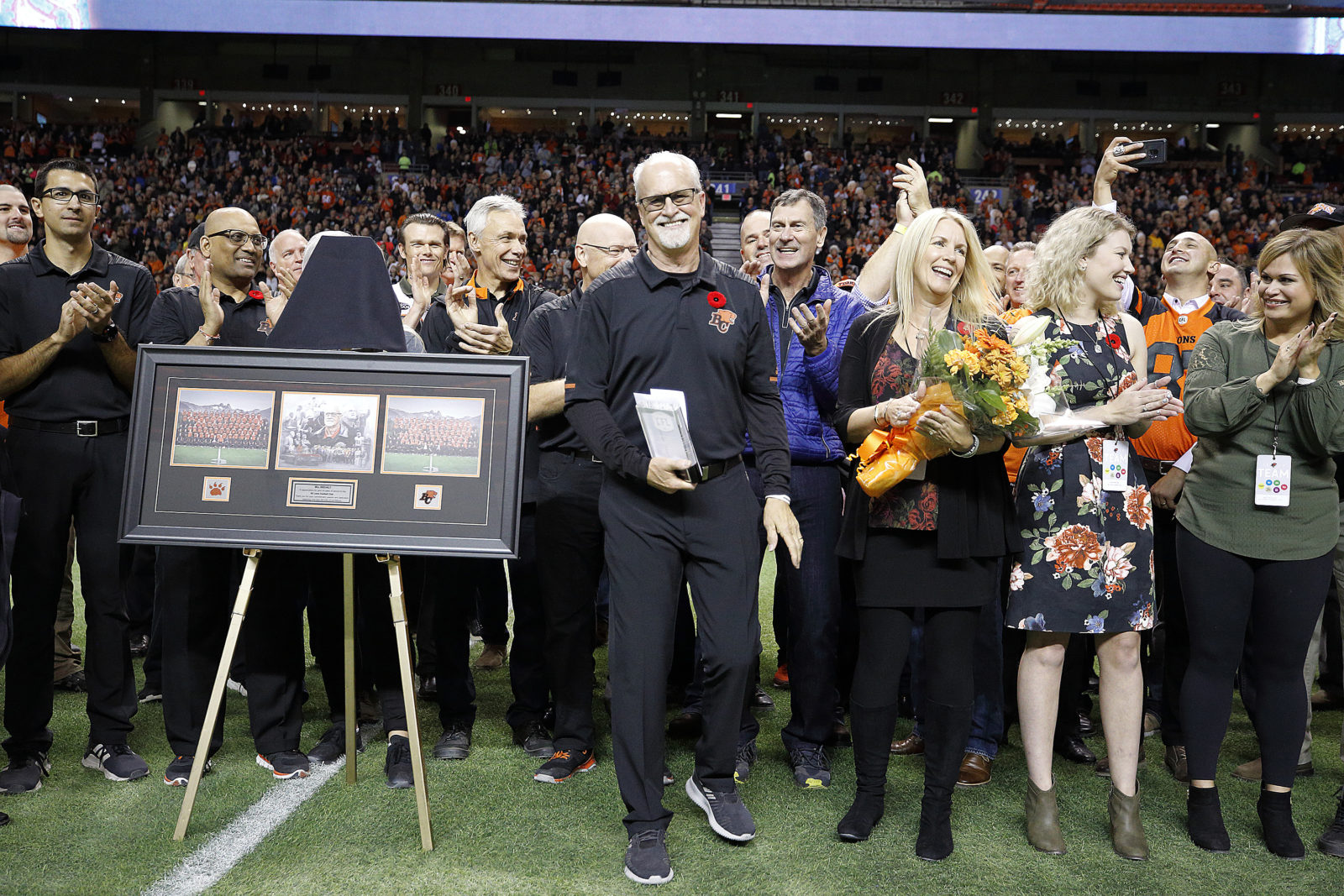 Trainer Reichelt Calls It A Career After 42 Seasons

VANCOUVER, BC - NOVEMBER 3: The Calgary Stampeders play the BC Lions in their CFL game November 3, 2018 at BC Place in Vancouver, BC. (Photo by Jeff Vinnick/BC Lions)

Although he will be best known for his longevity with the BC Lions, Bill Reichelt admits one of the more unique memories of his career as an athletic therapist didn’t occur close to the gridiron.

His mind wanders back in time to the 1989 Davis Cup when he received a phone call from Tennis Canada seeking advice on how to treat a budding young star, none other than Daniel Nestor who would become one of the most decorated Canadians in the sport.

“They were in Vancouver for one of the Davis Cup draws and Daniel had some bad blisters,” the legendary Reichelt recalled last week in a chat with bclions.com.

“They called me in, I went down to Burnaby and we developed a good insole. He was somehow able to practice. I wound up working the entire Davis Cup for them. They just pulled an old motorhome into the old Pacific Coliseum.”

Reichelt was then asked to stay with Tennis Canada when they went overseas, an assignment that came with a couple of interesting dilemmas. 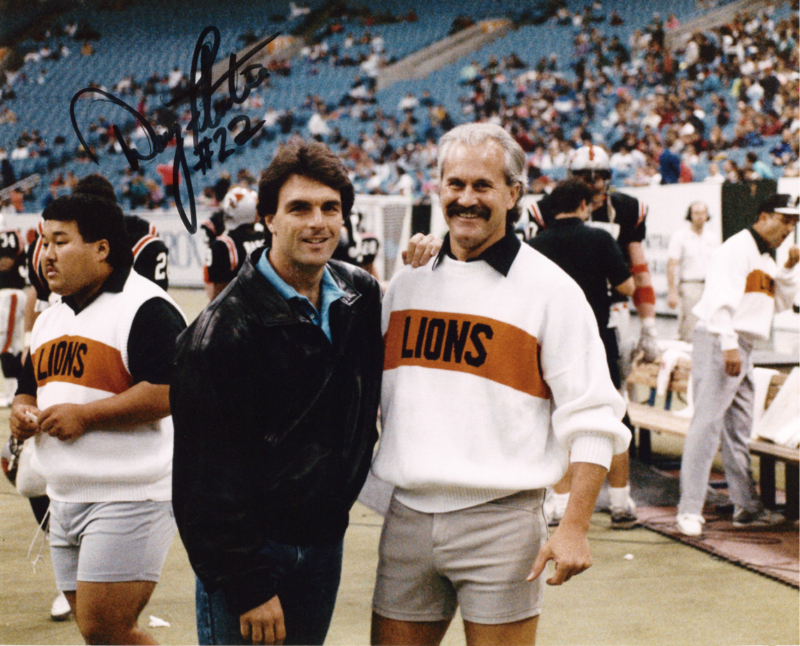 “It was a time where you still couldn’t bring ultra-sounds and all that other stuff on planes,” he remembers.

“When we landed in Frankfurt and Madrid it was quite surreal because there was nothing but tanks all over the place. The Gulf War had just started and I guess those European countries were getting involved.”

The tennis experiment just speaks more volumes about his versatility. Reichelt worked the 742nd and final regular season game of his career on Saturday night and was honoured by the CFL with an award for his decades of service treating injured players and overseeing the Lions’ medical department now comprised of a staff of five people.

After he hopes to be a part of history with the Lions’ quest to go to the Grey Cup through the East Division, Reichelt is moving on to the next chapter with his wife Cathy. He admits it will be a weird transition at first.

“I mean, there’s a lot of games there. It would be different if I was kind of in the middle of my career and wasn’t at the point where I wanted to retire anyway. At this stage of my life, the timing is right. I’m kind of looking forward to it in some ways; this is always a fun time of the year for us, heading into the playoffs.”

Aside from an odd international assignment and brief stints helping out the training staff of the Vancouver Canucks, BC Lions football has been Reichelt’s life for over four decades. It may have seemed like a bold quest for the native Edmontonian to leave the fledgling WHA Oilers hockey club and migrate further west, but football was his true love and the Lions were always his favourite team to watch growing up.

“He’s been a friend, been a guy that’s kept me healthy and done a great job of leading the downstairs,” explained fellow 2018 retiree Wally Buono.

“The more supportive your downstairs people are, the better your football club is. They’re the ones that deal with all of the griping and all that stuff. They’re the ones that encourage the players, help keep them healthy and a lot of work is being done downstairs that is never appreciated. Bill has been a big part of this club in a lot of ways. Obviously, it will be great to go out as a winner.” 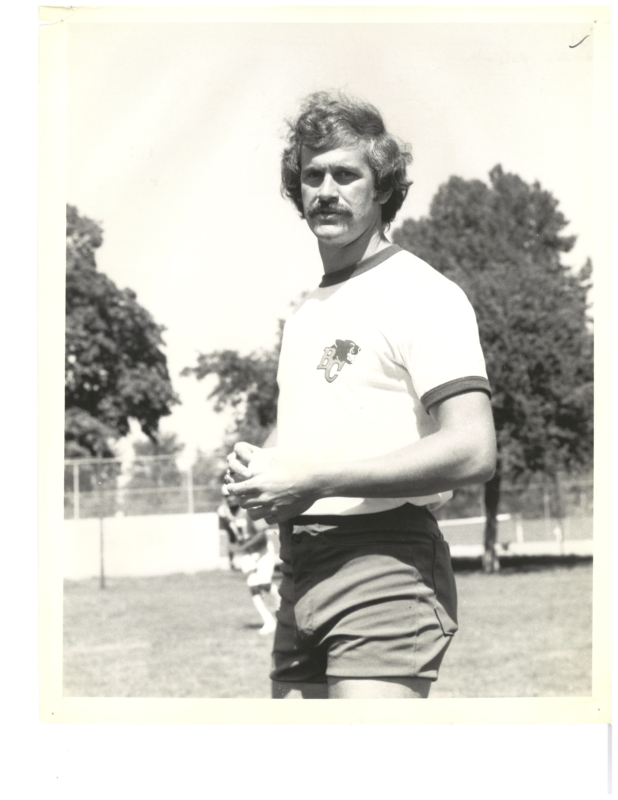 It goes without saying that Reichelt has treated his fair share of characters. We suggested a book about his time in pro sports could be a neat retirement project; only he probably can’t publish most of the stories and memories he has collected.

“Yeah, we’ve always had some real characters between these walls,” he says with a chuckle.

“Times have really changed though. When I was younger I used to go with players on trips to Hawaii. Now we have similar types of characters, but the whole Internet and social media thing makes us all a little bit more guarded. I’ll always think of the 1994 Grey Cup team that won it all despite the fact guys were always fighting each other in the locker room. It was wild stuff.”

That was indeed an eventful year for Reichelt. Five months prior to winning that Grey Cup over Baltimore, he was with the Vancouver Canucks when they came within a whisker of completing their remarkable Cinderella run in game 7 of the Stanley Cup Final against the New York Rangers at Madison Square Garden. Reichelt joined the Canucks in round two after his dear friend and long-time Canucks trainer Larry Ashley started to undergo cancer treatment.

“Again, that was a bittersweet time,” he says.

“I was just there to help him out and it was just so hectic. I didn’t even have a chance to think about it because I had one-year-old twin boys at home. The typical day was going to the rink for a morning skate, coming back here to the Lions facility to treat our players, back to the rink for the game, home at 1 AM and then do it all again the next day. And then you also factor in going on the road. I didn’t really cherish it until later when I realized it was pretty special. 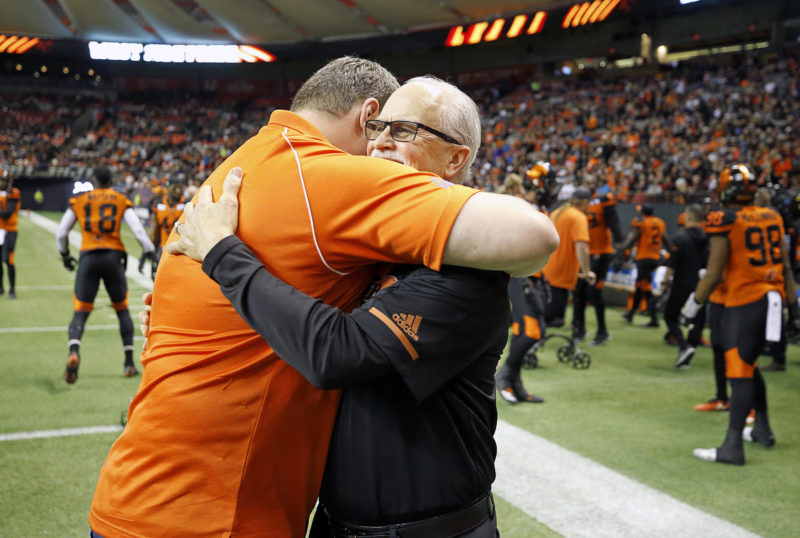 Ashley would succumb to his illness in 1995 and Reichelt continued to fill his old friend’s legacy by doing the job the best he could. In the last couple of years, he has stepped back into an administrator-type role- after two knee replacements, he can no longer run on the field to treat players- but his impact on the organization was as strong as it ever was.

Along the way, Reichelt also met Cathy in these offices. At the time she was working with the club for head coach Don Matthews, Roy Shivers and the rest of the coaching staff in the early 1980s. That courtship had to initially be kept under wraps.

“She was recently divorced, I was single and when we started seeing each other Bob Ackles wasn’t too impressed,” he recalls.

“It was a real taboo thing in those days. Staff members weren’t supposed to date and all that stuff. Most of the sports were like that and Bob was very strict. We basically ended up going on a holiday and coming back married.”

Again, probably worthy of appearing in a book one of these days. The Lions love Reichelt as much as Reichelt loves the Lions. Although the club is in good hands going forward, his presence and smile will be missed around the facility on a daily basis.