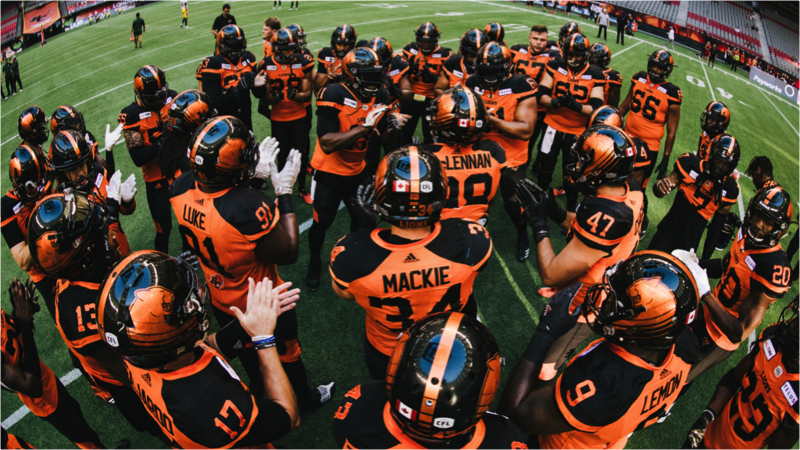 It was the epitome of a roller of a roller coaster season. As topsy-turvy as the classic old wooden coaster at the PNE. And although Lions players and coaches are still licking their wounds from Sunday’s Eastern Semi-Final result in Hamilton, the feeling inside the club’s facility is that there were still some positive moments to look back on in 2018. Along with a 7-2 home record at BC Place, the squad saw breakout performances from newcomers on defence and came out on the winning end of a couple of classic CFL finishes.

In chronological order, here is a look at five key results from the 63rd season in BC Lions history:

The Skinny: After grinding out a 22-10 win over Montreal in their opener, the new-look Lions then fell flat in back-to-back convincing road losses in Edmonton and Winnipeg. This home rematch with the Blue Bombers was as close you could get to ‘must-win’ territory in late July. After Matt Nichols and company built a 17-0 halftime lead, Travis Lulay- pressed into duty as the Lions’ starter after Jonathon Jennings struggled in the first three contests- helped lead the comeback and found Shaq Johnson for a game-tying touchdown with 1:53 to play. Anthony Orange’s interception then helped set up Ty Long’s 16-yard chip shot to seal the remarkable turnaround. Quite simply, it was shades of a couple Blue Bombers visits from the previous two seasons.

Key Plays: Bombers head coach Mike O’Shea showed his aggressive nature by going for it on a pair of second half third downs. The first attempt from the Lions’ two-yard line was snuffed out by Solomon Elimimian. Then on a third and one from the Lions’ seven, Odell Willis got to backup quarterback Chris Streveler to keep it a seven-point Lions deficit and ensure the second half donut for Mark Washington’s defence. The only sour note was that Elimimian would be lost until the playoffs with a fractured wrist.

Quotable: “Coming off those two losses, we wanted to come in here and show we are a better football team than that. Shutting them out in the second half is a big testament to our coaching staff putting us in the right position so we can get that W.”- Anthony Orange.

The Skinny: They only had four full days to prepare for this Thursday night showdown with Mike Reilly and the Eskimos. Coming off road losses in Ottawa and Calgary, this one had the same sense of urgency as the visit from Winnipeg four weeks prior. And it would ultimately have quite a similar outcome. Entering the third quarter down 20-10, Lulay engineered two offensive touchdown drives while Long chipped in with a pair of field goals. The Eskimos’ fate was sealed when Reilly served up an interception to former teammate Garry Peters to kill any hopes of evening the score in the final seconds. This victory prevented Edmonton from locking up the season series with a meeting in October still to come.

Key Plays: Chris Rainey’s punt return touchdown midway through the second quarter helped offset a slow start by the offence and helped get the Lions to within only ten points at the break. Lulay’s touchdown strike to Kevin Elliott capped off a key six-play opening drive to open the third quarter and get them back into it. They would then take their largest lead of the night when Otha Foster’s strip sack of Reilly with 10:56 to play set them up with a first and goal. Travon Van then rumbled into the end zone on the very next play.

The Skinny: This was simply one for the ages. The Lions had come out of their Labour Day bye with back to back wins over Ottawa and Montreal and had the chance to get to 6-6 in the first end of a home and home with the Hamilton Tiger-Cats. Trailing by eight with under a minute to play, Jennings led them down the field and found Bryan Burnham for a score with no time remaining. His highlight reel two-point convert reception set up overtime where Long kicked the winning points in the second mini-game.

Key Plays: Look no further than the sequence to end the fourth quarter. Instead of a 44-yard field goal try to potentially go up by ten and salt it away, Ticats head coach June Jones elected to punt through the end zone and let his defence determine the outcome. When Jennings hit Shaq Johnson for a 31-yard connection to the Hamilton 20 with nine ticks on the clock, you started to get the sense it could be the wrong choice on Jones’ part. Burnham’s second score of the night came with no time remaining and after his two-point play initially ruled incomplete, the command centre reversed the call to set up what would be the only overtime game of the CFL regular season. Long’s walk-off kick came after Liram Hajrullahu missed on Hamilton’s second overtime series. The Lions were back to .500 but would fall 40-10 in the rematch seven days later.

Quotable: “That’s just guys not giving up, man. You saw the fans piling out of the stadium. People thought it was over. Jonathon Jennings did it. Shaq Johnson did it. I mean he went up and made a big play to get us down there, get us in scoring position and we just never gave up. We never quit. That’s what’s special about this team.”- Bryan Burnham.

The Skinny: Coming off a 26-23 home win over Toronto to get them back to .500, recently acquired running back Tyrell Sutton was looking to help his new teammates exercise some big demons at McMahon Stadium. Entering this one, the Lions had dropped six consecutive regular season visits to Cowtown. Inspired by a replay of the legendary Marvin Hagler-Tommy Hearns boxing match during their game day meeting, they would come out swinging early and prevail 26-21 after taking a few punches of their own. Sutton rushed for two touchdowns, proving right away he could be the bruising winter back they were looking for. Buono would prove to be victorious in the final visit to his old football home.

Key Plays: Former Stampeder Anthony Parker returned a punt 79 yards to set up Sutton’s three-yard touchdown plunge to put them ahead 13-0 before the end of the first quarter. Long’s 52-yard field goal in the third quarter proved to be the winning points. On the ensuing Stampeders’ drive, Anthony Thompson intercepted Bo Levi Mitchell at the Lions’ 34-yard line.

The Skinny: There was no letdown to be had following the statement win in Calgary. The formula for DeVier Posey and the Lions was simple: a win and they would punch their tickets to the playoffs. After a close first half, Posey became the first player in modern CFL history to score touchdowns on three consecutive drives. The third quarter outburst gave the home side a 16-point lead that would not be relinquished and the end result was an X next to their name in the standings. Lulay finished with 251 passing yards and a season-high four touchdown strikes.

Key Plays:  Just like he did in the previous visit, Rainey hit pay dirt. This time it was a 95-yard kickoff return to put them on the board after Reilly and the Eskimos jumped to an early 12-0 lead. Posey’s second touchdown grab was a 65-yard catch and run that would be their longest offensive play of the night.

Quotable: “We talk about that process of gelling, I think you’ve got the right guys with the right intangibles. Impact moves that are paying dividends. That was on full display in this one.”- DeVier Posey.

A 32-14 win at Montreal on September 14th. It was their first road victory in six tries this season and largely came on the heels of an aggressive defence. TJ Lee and Anthony Orange each had interception returns late in the fourth quarter to send the hometown fans scurrying for the exits. They intercepted Pipkin four times in total and also sacked him six times in what would be their most stifling performance of 2018. Jennings was forced to take all but two of the offensive snaps after Lulay separated his left shoulder early. Jennings finished with 180 yards and a touchdown pass to Burnham.