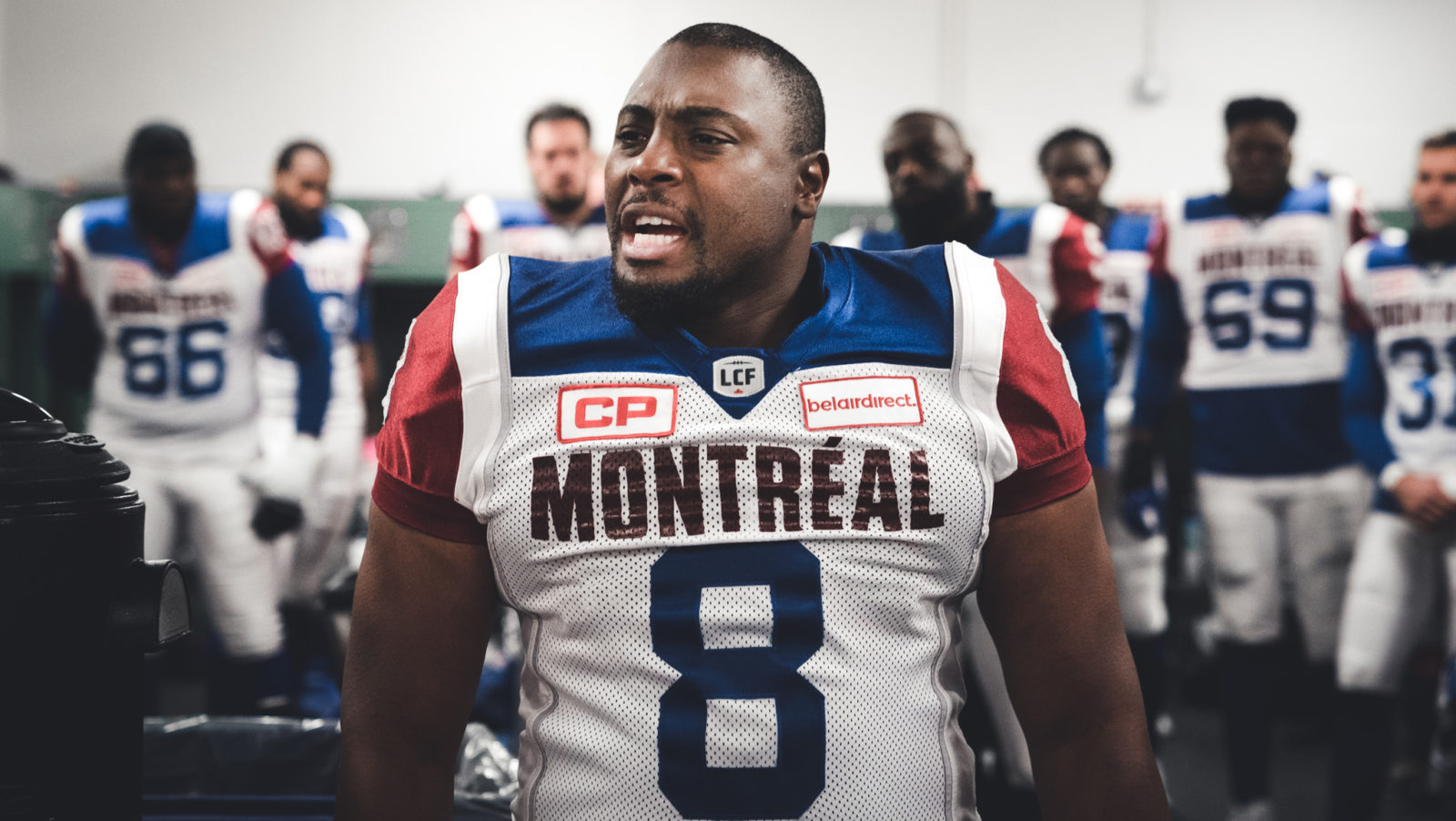 Truth is, being hired by the BC Lions as a running backs coach isn’t Nik Lewis’s first coaching gig.

When he was in eighth grade at Jacksboro, Tex., Lewis coached his sister’s sixth-grade basketball team.

“I just enjoyed it,” Lewis remembers. “I was teaching them drills and stuff. I actually got kicked out of a game in eighth grade as a coach.”

Visions of a teenaged Lewis on the sidelines at a girls’ basketball game brings a chuckle from Lions’ head coach DeVone Claybrooks.

“That is definitely a scary thought,” said Claybrooks. “The worst part is, he swears he’s good at basketball.”

After a 14-year professional career – mostly with the Calgary Stampeders – where he established himself as one of the CFL’s best-ever slotbacks, it’s no surprise Lewis has stepped into the coaching ranks. What some people might wonder is why the man who holds the all-time league record with 1,051 receptions will be working with running backs.

For Lewis, who never met a defensive back he didn’t want to run over, the job is a new challenge and a step toward his ultimate goal.

“You always have to be open to learn new things, take ideas to expand yourself and grow,” said the 2004 rookie of the year. “I know I can work with receivers and help receivers become better. I look at this as challenging myself to be able to coach running backs.

“Also, my goal is to be an offensive coordinator and eventually a head coach. The fastest way to get there is to know everything.”

As the running backs coach Lewis will interact with Lions’ offensive coordinator Jarious Jackson and offensive line coach Bryan Chiu. The three men will all have to be in sync for the Lions to be successful.

Even as a player Lewis helped coach. As a receiver with the Stampeders he helped make the offensive line calls.

“I was always connecting and helping out any way I could,” he said.

Teaching someone to be a running back isn’t part of Lewis’s job description. Claybrooks does expect the Lions’ running backs to understand the blocking schemes and be fully immersed in the game plan.

“If you have to tell a running back where to run, you have the wrong running back,” said Claybrooks. “I know (with Lewis) they are going to be well prepared.

“They are going to know the schemes of protection. I know he will be able to help them on their route running for sure.”

Claybrooks, who spend three years as Calgary’s defensive coordinator, also was a teammate of Lewis. He saw the man function both on and off the field.

“I’ve seen how he interacts with young players. I’ve seen him work with guys in the off-season. He’s gotten things out of guys. That equates into the coaching field.”

While in Calgary Lewis learned about coaching from both John Hufnagel and Dave Dickenson.

“From Huff I learned preparation is the most important part of the game,” said Lewis. “He really drove home how prepared you have to be.

“If you are prepared, you have so much of a greater chance to win and win consistently.”

From Dickenson, Lewis came to understand the importance of attitude and personality.

“He never changed his attitude towards players from being a teammate or being a position coach or a head coach,” said Lewis. “He was always the same toward the players.

“It wasn’t like he got more power and he started to change. He was always the same.”

Lewis played in 226 regular season games, where he had 13,778 receiving yards and 71 touchdowns. A three-time All-Star, he also won two Grey Cups with Calgary.

At five-foot-10 and 240 pounds, Lewis was like a bowling ball after a catch, rumbling his way down the field.

“A lot of breaking tackles is balance,” said the 36-year-old who lives in Regina in the off-season. “It’s very intricate where you attack a defender that is in front of your, or on the side of you, to break that tackle.

“Different things like that I have incorporated in my career that I will be able to share with the running backs to help them.”

Claybrooks understands Lewis’s time with the Lions could be a stepping stone in his coaching career.

“I don’t think anybody gets into this business to stay as a positional coach,” he said. “The more you know the more you will be well-rounded in your growth as a receivers’ coach or an OC down the road.

“It’s a growth thing as far as growing you coaching IQ and your coaching ability.”

The Lions totally revamped their coaching staff this winter with Jackson and receiver’s coach Markus Howell the only returnees.

Having a history with Claybrooks may have helped Lewis get hired. But he knows results, not friendship, will be the deciding factor in him keeping the job.

“DeVone knows that I’m capable of doing it,” said Lewis. “If he didn’t think I could do it he wouldn’t have put me as running backs coach.

“I know I have to go out and do my job. I’m not relying on DeVone being my friend to be able to do what I need to do. I’m going to do my job as if I’ve never met him before in my life.”