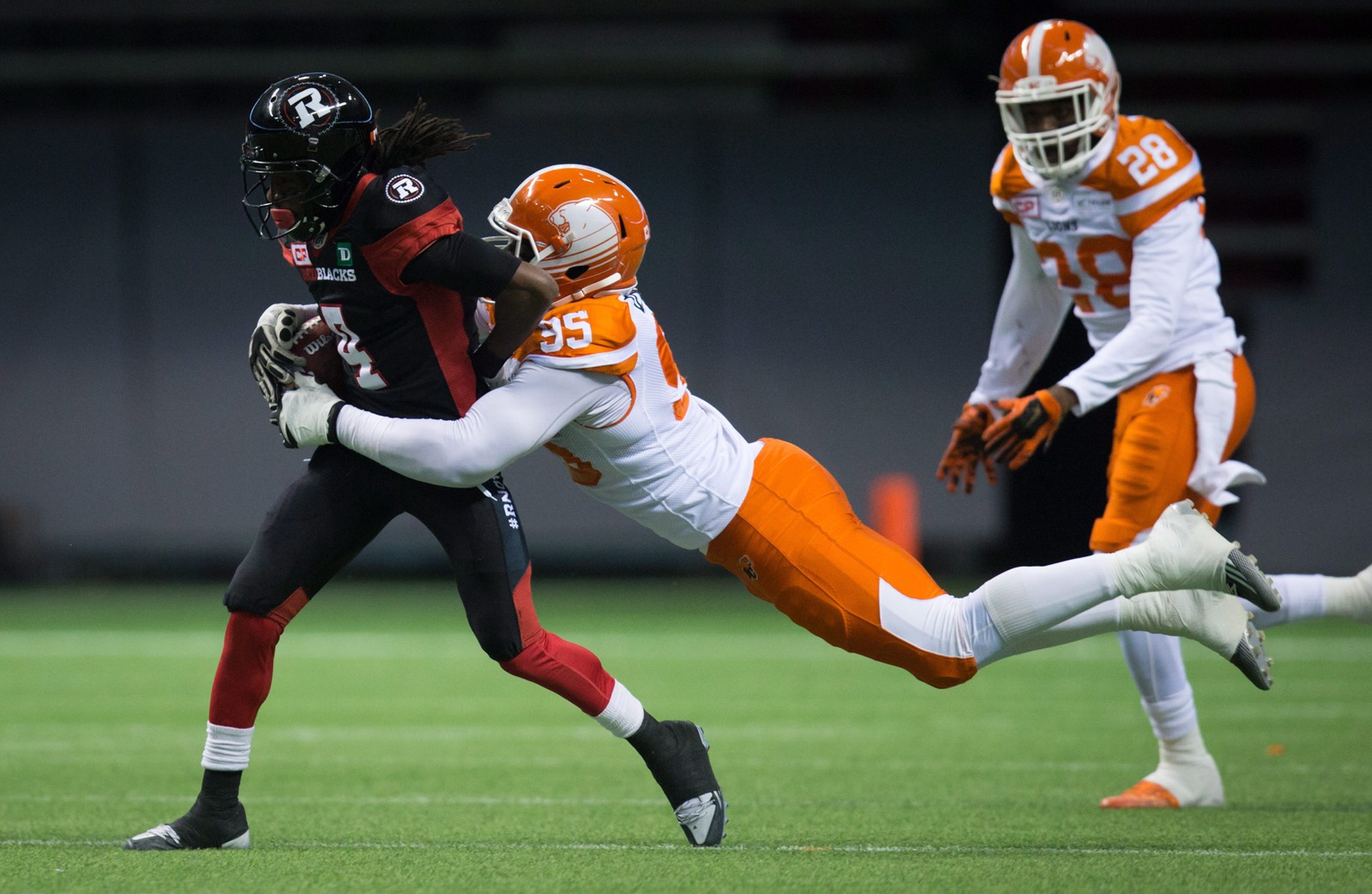 B.C. Lions' Darius Allen, right, dives to tackle Ottawa Redblacks' Jamill Smith, who fumbled the ball on the play leading to a turnover, during the first half of a CFL football game in Vancouver, B.C., on Saturday October 1, 2016. THE CANADIAN PRESS/Darryl Dyck

The BC Lions Football Club today announced that international defensive lineman Darius Allen has signed with the team along with DL Davond Dade, WR Joey Augustin and DB Marloshawn Franklin.

Allen (6’3”, 240) was originally signed by BC in 2016 and appeared in 11 games for the Leos recording four defensive stops and another four on special teams. He landed with the Edmonton Eskimos in 2017 and appeared in another six games over two seasons before becoming a free agent last month.

Dade (6’3”, 260) went to training camp with the Tennessee Titans in 2018 following a productive four-year run at Portland State. The California native was a second-team All-Big Sky Conference selection as a sophomore in 2015 after posting six sacks.

Franklin (5’11”, 185) brings his talents north after a two-year stint at California-Berkeley. The Detroit resident was a highly sought after junior college transfer who earned a pair of NFL mini-camp invites in 2018 following his 22-game, 60-tackle stretch with the Golden Bears.

Augustin (6’4”, 200) will try to crack the Lions roster after a productive four-year, 42-game stay at the University of Charleston (Division II). The lanky wideout tallied 149 receptions for 2,410 yards and 27 touchdowns and led the school in receiving for three consecutive seasons. He also earned an All-Mountain East Conference selection in 2015 after hauling in 49 catches for 900 yards and 10 majors.