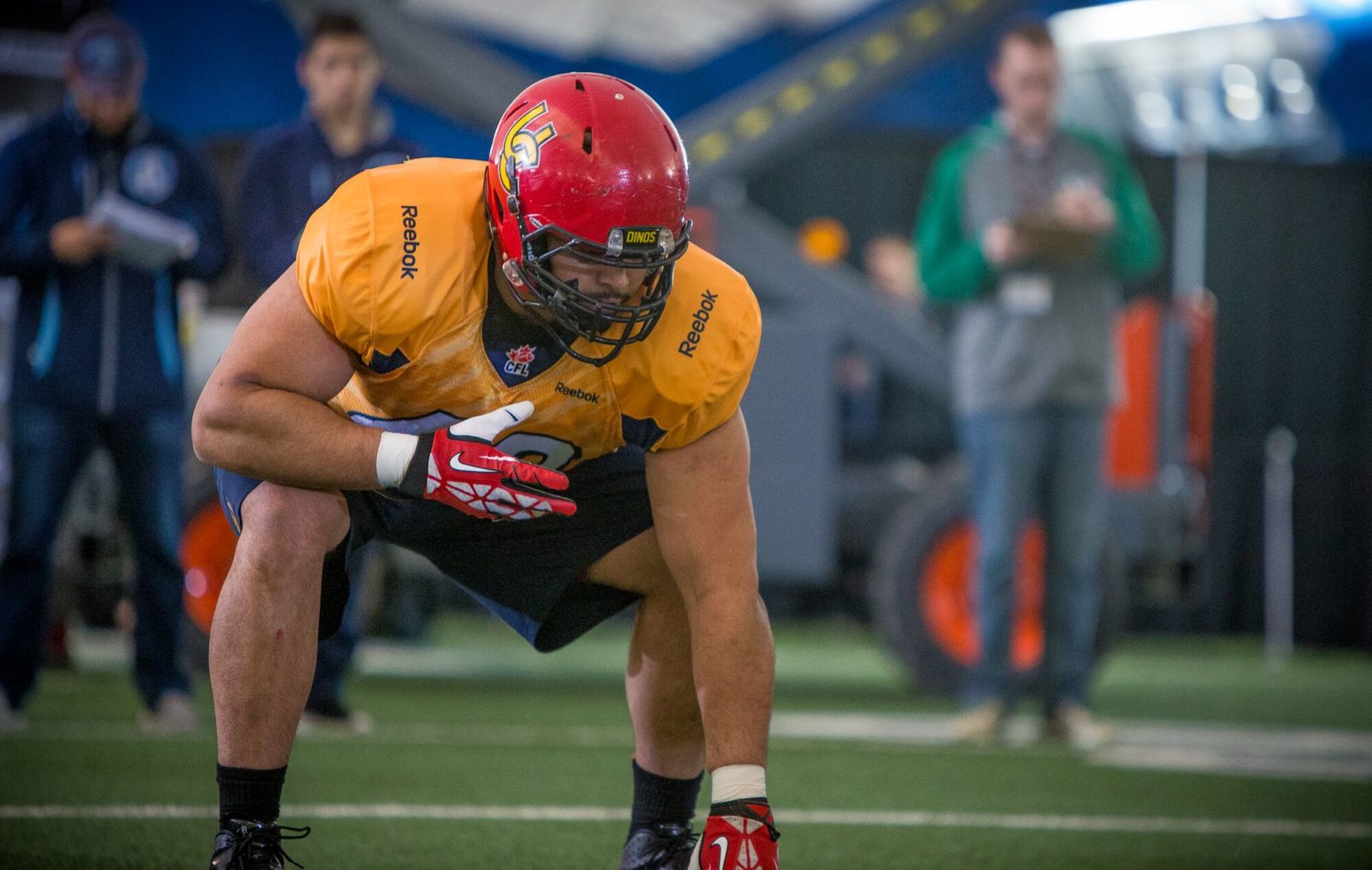 He was a highly touted prospect out of the University of Calgary AKA the offensive lineman factory. But that’s not to suggest Sukh Chungh didn’t approach the 2015 CFL Combine as if he still had to prove himself to coaches and executives across the league. With the 2019 Combine presented by New Era taking place later this week from Toronto, we tracked down Chungh for a trip down Combine memory lane.

“Leading up to the CFL Draft I was fortunate enough to go to an NFL regional Combine and then the Super Regional in Arizona,” recalled the Lions’ new addition up front.

“I think that helped with my preparation. The CFL Combine itself allowed me to cement some of the stuff that people already thought about me and maybe prove them wrong on some of the flaws they saw in my game. The testing numbers are one thing, but once you put the pads on and start hitting it will allow your name to show up in some team’s draft and scouting reports. I think that’s a huge difference between the CFL Combine and what the do in the NFL with more 1-on-1s and all the other stuff.”

You can only learn so much from watching players run the 40-yard dash, move their feet in shuttle and three-cone drills and pump iron on the bench press. For Chungh and other big boys that hunker down at the line of scrimmage, banging pads is the true bread and butter. Testing numbers can also be tricky. Some pass with flying colours and it won’t translate to success on the field. Others, the Lions’ own Jordan Herdman-Reed for example, don’t test very high but then prove to be valuable pieces to a squad’s Canadian content. 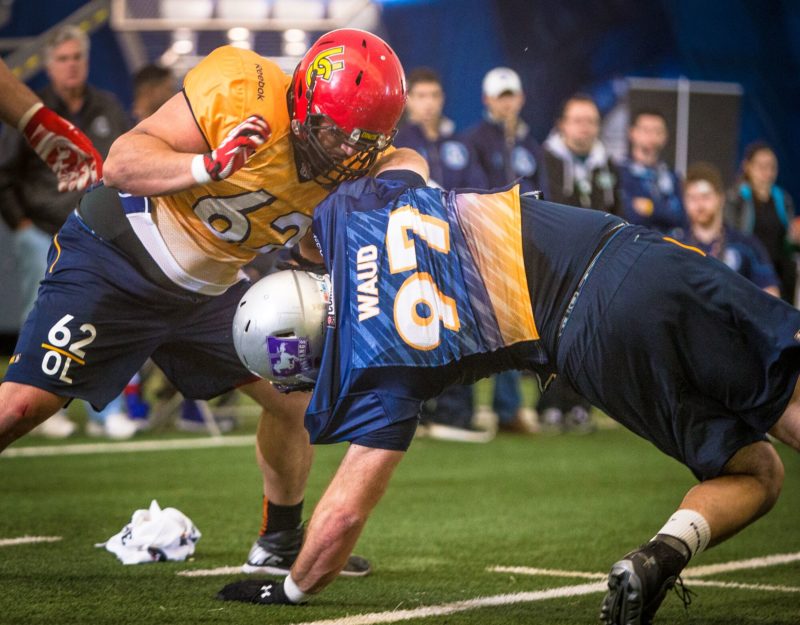 Chungh’s tenure with the Calgary Dinos led to being selected second overall by Winnipeg in 2015. Four years later, he is set to make his debut with hometown BC Lions. Photo: Johany Jutras.

“It’s funny how it all comes back around,” said Chungh.

“We were sitting in the fieldhouse in Toronto getting ready for the Combine and there he was. It was a pretty cool thing to see him and some other guys I had known through University football. We were all opponents and now we were coming together to achieve our goals.”

And then even the best prospects have to survive the more unorthodox methods. Those include the chance to interview directly with brass from every team and stripping down to your underwear to get weighed.

“I guess you can call it an eye test, sort of like the meat market, man,” laughed Chungh.

“You take your top off, go on stage and basically have all of the personnel on every team looking at you, taking notes. It’s a different part of the Combine but an important one at that.”

As mentioned, the hulking lineman out of Port Coquitlam didn’t have to wait long to hear his name called on draft night. Even if he had narrowed his destination down to two or three cities, Chungh felt it was essential to treat the entire process as an audition for all nine teams- even his hometown Lions whom he decided to join in the opening hours of free agency four years after the fact.

“I knew based on all of the projections I was going to go in the first round, ” he remembered.

“Nothing is ever guaranteed. I had a lot of teams tell me that if I was available when they picked they were going to take me. I’m sure BC said that to me as well. Other teams expected me to go pretty early. I’d say a week prior to the draft it was starting to be known that Ottawa was going to grab Mateas and that Winnipeg seemed likely for me. It didn’t really hit me until I had my first CFL contract in front of me. You do your best to put up good numbers at the Combine. But it all comes down to what a team’s needs are and how the fit is.”

As for any advice he would give to prospects descending on Toronto on Thursday? “I tell guys to compete against their own numbers. Everybody trains so they roughly know what their testing numbers are. Some guys are going to kill it in some events that maybe aren’t your own strong suit. Whatever you have training, try to compete against yourself in that. The other aspect is the padded part. That just comes down to playing football and how much you’ve prepared. That would be my advice.”

There are the blue-chip prospects like Chungh and the late round gems like Herdman-Reed (seventh round, 60th overall in 2017) that can be franchise-defining picks for years to come. The 2019 Lions will benefit from having both on their roster.