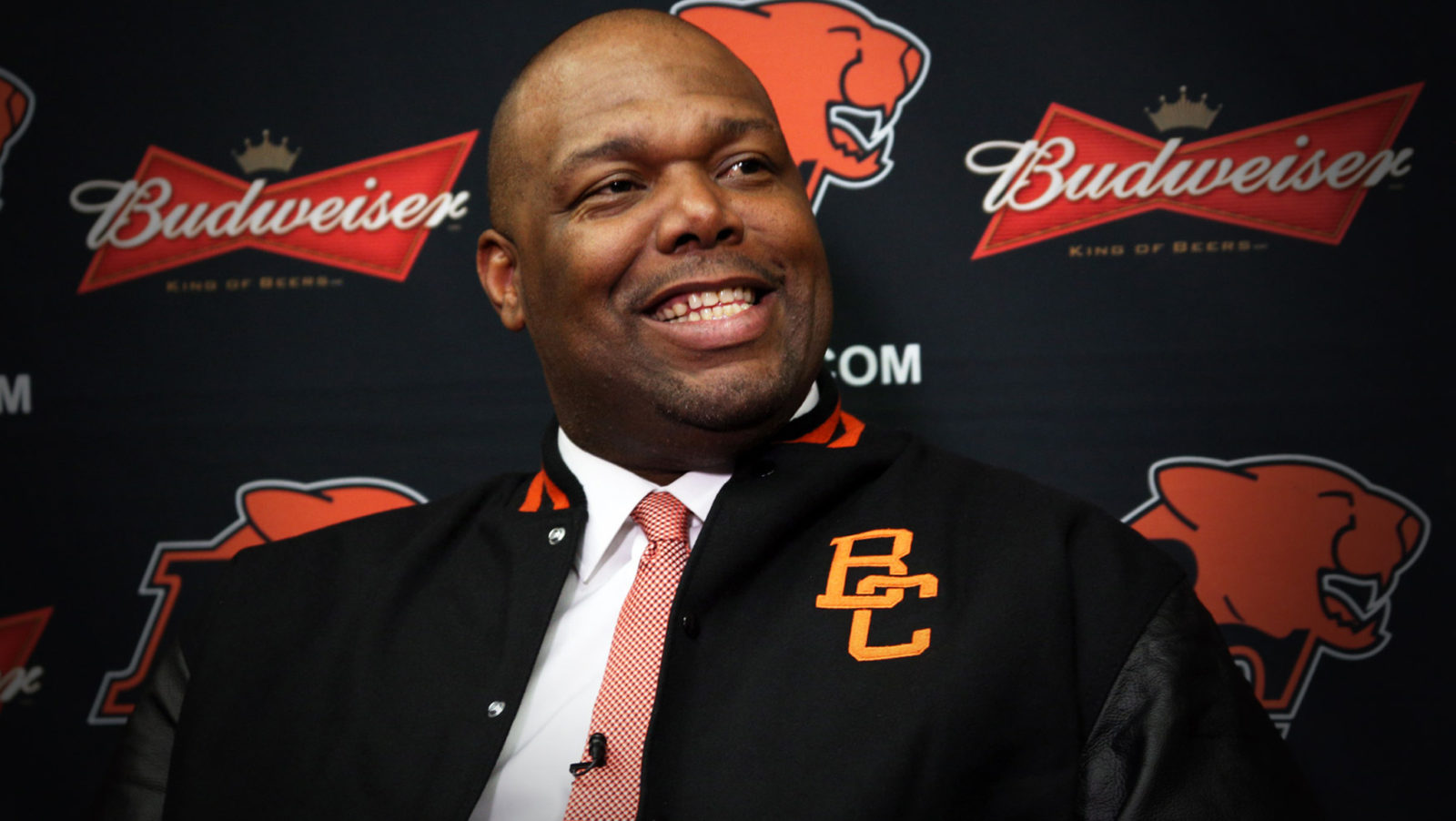 As we close in on the one-month countdown to training camp and the calendar pages get ripped off like bandages, anticipation is rising. At the centre of it all is Lions head coach DeVone Claybrooks, who is enjoying the last few weeks of ‘freedom’ before the season consumes him entirely.  Just last weekend, he enjoyed some quality family time with his mom Sally and brother Zack who were in town from Virginia. Before that, he ventured down Interstate 5  to take in a Seattle Mariners game. And over the winter break, he’s had a chance to get to know his new city: ice skating on Grouse mountain, hitting up Canucks, Whitecaps and Warriors games and of course sampling some of the more popular restaurants in town. Indeed, there is a lot of new perks to get used to when it comes to living on the west coast.

But don’t think for a second Claybrooks hasn’t been in ‘football mode’ since accepting the job as Lions head coach in early December. He was front and centre at the CFL Combine in Toronto last month and is now actively leading the charge in preparing his coaching staff for the CFL Draft which takes place on May 2nd. After that, his first-year players will hit the field in Kamloops on May 15th before BC Lions veterans report three days later.

Claybrooks can’t wait to see his players hit the field.

“That’s one of the best parts of being the wizard behind the curtain is now we have all of the pieces to the puzzle and let’s get those all to fit into the masterpiece we’re trying to build which is a championship-calibre team,” said Claybrooks in between staff meetings this week.

“The players’ buy-in has been terrific; we’ve had plenty of guys around during this offseason working out both in the weight room and on the field itself. They’re chomping at the bit, just like we are. That will probably end quickly after the third two-a-days in Kamloops (laughs) and once we get into that grind. There will be a knockdown, drag-out that happens, usually the O and D-lines (more laughs).”

In a way, this is somewhat uncharted territory for a man who won two Grey Cups on the Calgary Stampeders’ staff. Claybrooks knows all about the detail of planning out a training camp, but this is the first one as a head coach. Just how different is it compared to being a defensive coordinator or a position coach?

“From an organization standpoint, it’s making sure coordinators and position coaches are prepared for camp and the season. You do some mock simulation, some mock game weeks in the offseason to prepare the guys for it and making sure you have everything in order. It’s been pretty standard as to what I expected. The surprise is some of that meticulous office work that has to get done. For the most part, it has been what I expected and everything has fallen into place.”

Many of the offseason headlines have revolved around the addition of quarterback Mike Reilly and a few other glaring holes being filled on the offensive side of the ball. A defensive coach by trade, Claybrooks expects the unit led by veteran coordinator Rich Stubler to be among the league’s most productive. Training camp will reveal many questions surrounding certain positions, but returnees such as Odell Willis and Claudell Lewis on the D-line as well as TJ Lee, Garry Peters and newcomers Aaron Grymes and Chris Edwards in the secondary should spark some intriguing battles once they get into the meatier portion of camp. 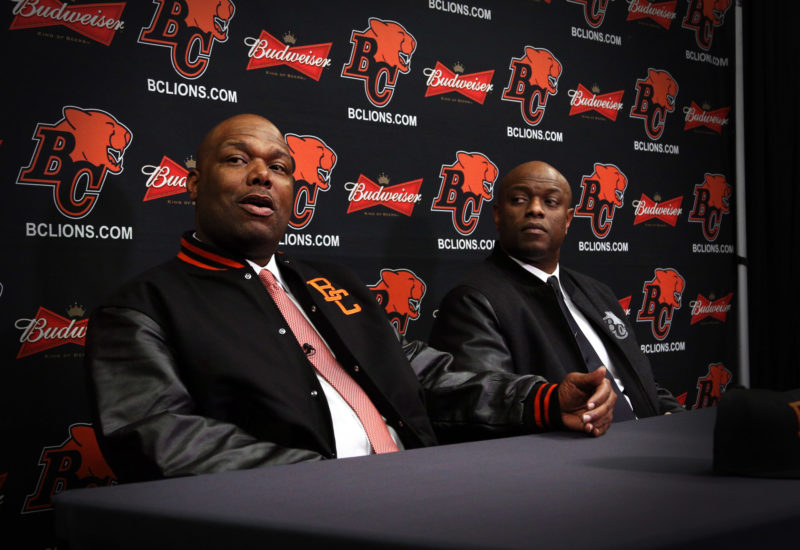 “We’ve got playmakers at every position and we expect them to make plays,” boasted the head coach.

“Your job as a coach is to put them in a position to be successful and I think defensively, Stubes does a great job of letting the players play and putting them into a situation of taking ownership of the defence. There is a standard of excellence that is expected and we’re expected to play at a high level. When we have key veteran guys that you’ve named, you’re expected to hit the ground running and to put the time in to know the defence inside and out so we can be successful with it.”

Claybrooks made a name for himself transforming Calgary’s defence into a juggernaut. In his three years as defensive coordinator, the Stamps had 12 defensive CFL All-Stars while allowing the least number of points each season. Last year’s Grey Cup-winning unit was ranked first in 9 of the 20 major statistical categories. That should help calm some of the critics worrying about who might fill certain roles on Stubler’s defense. Another beauty of camp is the number of pleasant surprises that emerge in all three facets of the game. It’s another thing Claybrooks can’t wait to encounter in his first season in charge.

“You get excited because you see who comes in shape, who has taken the points and critiques that their position coaches have given them throughout the offseason and who has come in hungry trying to take somebody’s job,” said Claybrooks.

“That aspect of it will make my first camp all that more exciting.”

The countdown is on. And it’s shaping up to be one of the more intriguing Lions camps in quite some time.