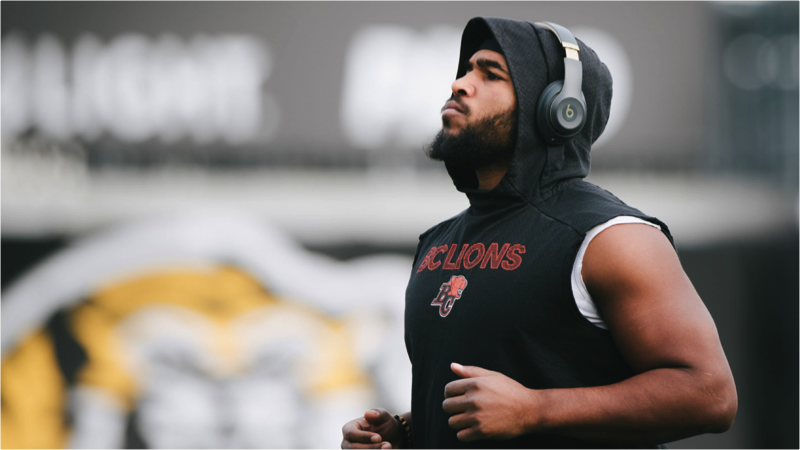 Canadian content. It’s what separates the winners from the rest of the pack in this great league. With the 2019 CFL Draft set to go down this Thursday ( 5:00 PM PT), we figured it’s a good time to remind observers at just how well general manager Ed Hervey, director of player personnel Torey Hunter and draft coordinator Geroy Simon have done re-stocking the cupboards with national talent over the last couple of years.

As it stands now, they don’t have a selection until round three (26th overall) in this year’s draft, but that’s not to suggest the current roster isn’t stacked with plenty of good Canadians at a variety of positions since they last hit the field in a meaningful game.

The returning Canadians include the likes of WR Shaq Johnson, OLs Peter Godber, Andrew Peirson and David Knevel, FBs Rolly Lumbala and David Mackie, RB Wayne Moore, DLs Junior Luke and Julien Laurent, LBs Jordan Herdman-Reed and Frederic Chagnon and DBs Nate Hamlin and Isiah Guzylak-Messam. Below is a look at the slate of new Canadian players set to report to Kamloops for training camp on May 18th.

*** Players listed in alphabetical order with the roster subject to change between now and day one of training camp. 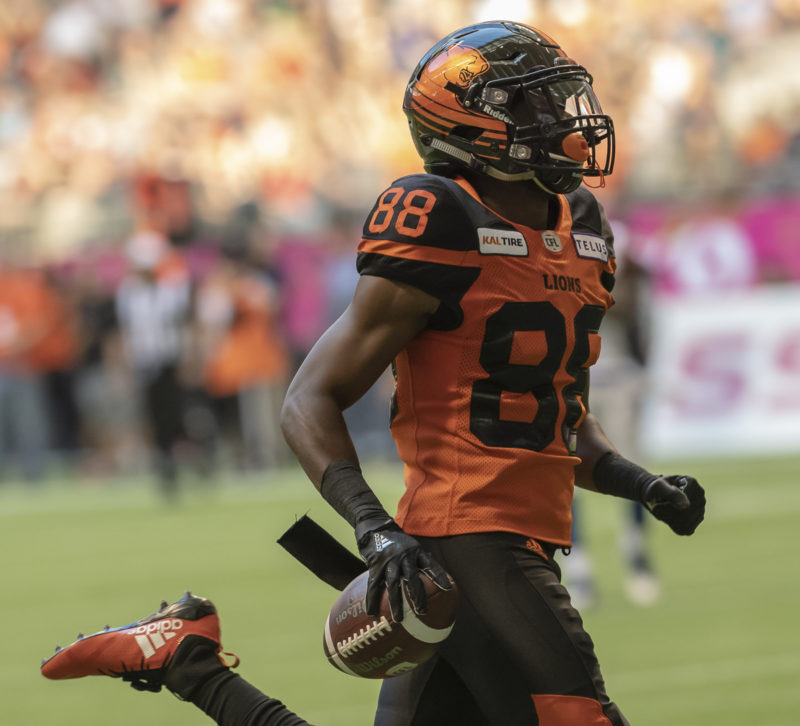 A Look At The Canadian Newcomers

The Skinny: Having only appeared in 11 games over the 2012 and 2015 seasons, Alix will have a lot of keen eyes on him as he battles with American rookie Lane Clark for the important job of replacing Ty Long in the kicking game. Suiting up in both Toronto and Ottawa, Alix averaged 40.7 yards on 48 punts and made good on two of three field goal attempts.

The Skinny: The bearded offensive lineman joins the Lions from Acadia where he was a two-time Atlantic University sports All-Star selection. Despite battling through a bicep injury, Cherry didn’t miss a game during the 2017 season. Prior to joining the Axemen, Cherry played for the junior Saskatoon Hilltops and was named to the Prairie Conference All-Star team in 2014.

The Skinny: Perhaps the club’s biggest 2019 free agent signing not named Mike Reilly, the pride of Terry Fox Secondary brings some welcome nastiness to the offensive line. Chungh started in 69 games over his four seasons with the Winnipeg Blue Bombers and was a driving force behind Andrew Harris collecting rushing titles in each of the last two seasons. 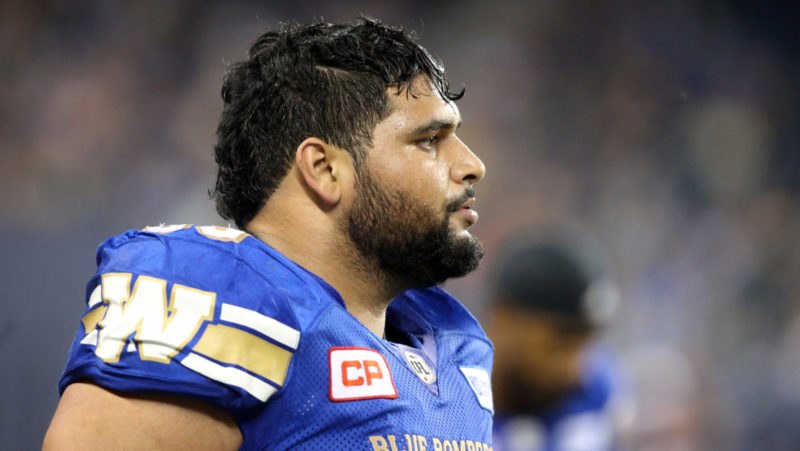 The Skinny: The first thing that will catch your eye on the former Langley Rams standouts is his size. At 6’5 and 230 lbs, Cottoy has the potential to stand out in the club’s Kamloops mini-camp from May 14th-16th. A product of the island of St. Vincent, Cottoy earned a BCFC All-Star selection before recording 645 yards, 25 receptions and eight touchdowns in the Rams’ four-game run to the 2018 Cullen Cup.

The Skinny: All of sudden, it’s quite the UBC contingent coming home. A year after adding former T-Birds Mitch Barnett and Dominique Termansen, Hervey made Davis one of his earlier additions in free agent frenzy. Along with being a reliable force on special teams, Davis racked up 11 defensive tackles and a pair of sacks in 41 games with the Tiger-Cats. The former Mt. Douglas Ram was selected 21st overall by Hamilton in 2016.

The Skinny: Doll has emerged as the only true long snapper on the roster after veteran Mike Benson was let go this week. The former Calgary Dino has appeared in 26 games over the past three seasons split between Ottawa and Hamilton, earning a Grey Cup ring with the Redblacks in 2016.  He recorded 12.5 defensive tackles in Calgary’s 2013 Vanier Cup loss to Laval.

The Skinny: The Coquitlam native and former SFU Clan product who group up idolizing Geroy Simon made the decision to come home. Durant became a mainstay in the offence toward the end of his time with Calgary and hauled in 102 receptions for 1,280 yards and eight touchdowns in 51 regular season games. He turned heads on the national stage by earning Grey Cup Most Valuable Canadian when Calgary took down Ottawa last November. Durant brings a huge boost to the Lions’ crop of national receivers. 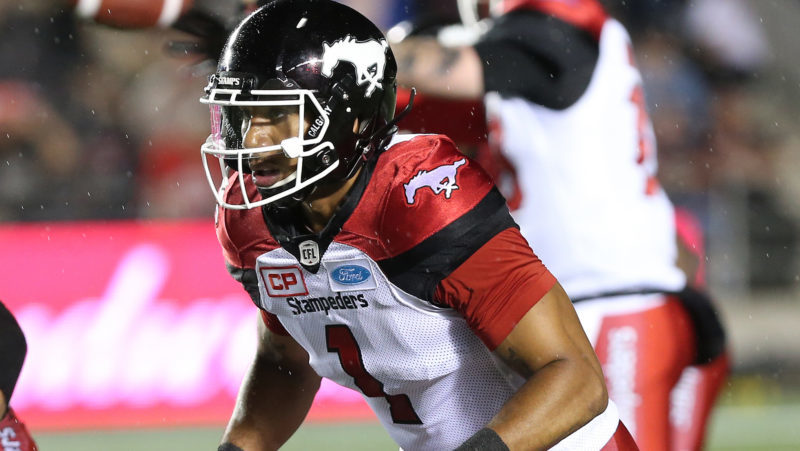 The Skinny: Stanford brings a strong work ethic to this new-look offence. An eighth-round draft pick of the Saskatchewan Roughriders in 2016, the product of Virginia Tech saw action in four games as a rookie and has caught 19 passes for 174 yards in 24 career games. He moved on to Montreal before the start of last season.

The Skinny: Technically not a “new” Lion as the 2018 draft pick spent a couple of stints on the club’s practice roster last season, but the former UBC T-Bird was brought back for national depth. In 26 games over four seasons on the Point Grey campus, Watson recorded 92 receptions for 1,190 yards and eight touchdowns. Along with winning a Vanier Cup in 2015, Watson suited up in the 2017 East-West Bowl.

The Skinny: The former Western Mustang is reunited with the GM who drafted him in Edmonton back in 2016. Woodman appeared in 33 games for the green and gold, starting in ten of them, while registering 50 total tackles. Accolades at Western included leading the entire OUA in interceptions (5 for 93 yards) in the 2014 season.

Where The New Ones Will Be Chosen

Keep in mind, the late round gems can always be found. An example on the current roster is Herdman-Reed who was nabbed in round 7 (60th overall).

Stay locked to bclions.com for wall to wall to coverage and info on every Lions pick on Thursday!