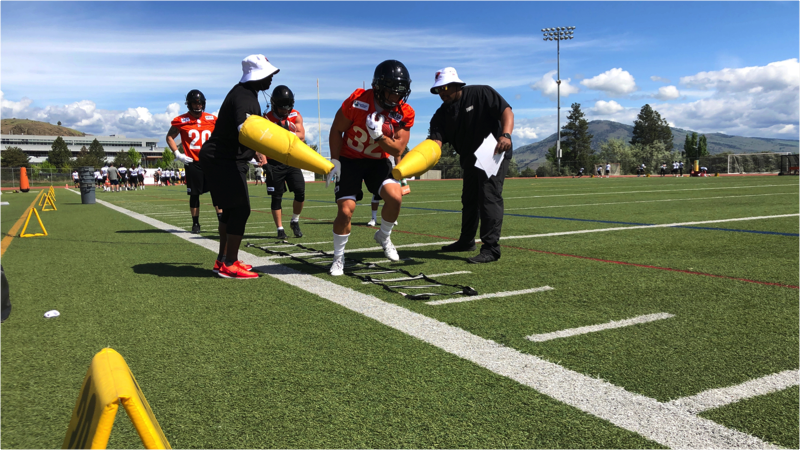 Football has provided many different things to many different players. For Lions’ running back hopeful Shaun Wick, it was an escape from a not always easy childhood in Ventura, California.

The youngster who helped St. Bonaventure High School reach the state championship game in his freshman season is reminded of that as he goes through the paces in his second Lions mini-camp this week.

“The biggest thing growing up was that I got bullied when I was a kid. It was weird for me,” admitted Wick on day two of workouts in Kamloops.

“I was only able to be a different person on the football field. I could be this physical person. Once I was on the field and strapped it on, I could be physical. It was very liberating. It’s a way to experience something outside the real world. I just fell in love with the game the first day I signed up. I also played basketball and ran track, but never lost my love for football.”

And using the game as an escape would surely pay off in the long run. With John Wick Chapter 3 premiering in theatres worldwide this week, perhaps we can refer to this experiment as Shaun Wick Chapter 2. Refreshing your memories: Wick was first present at last April’s mini-camp in Surrey and was waived as part of final cuts at the end of pre-season before being added back to the practice squad as part of the expansion period in September.

Despite a strong showing in his first go-around in Kamloops, it came down to a numbers game at the running back position. After getting his feet wet with the rookies this week, it will once again be an interesting backfield competition with the return of Brandon Rutley and free agent addition John White vying for starting roles. The club also drafted Manitoba Bison and ex-Westshore Rebels back Jamel Lyles in this year’s CFL Draft.

“I’ve known Rut from last year,” said Wick about the guys he will be working with.

“He put me under his wing and really helped me get through camp and understand how to be better. I have the utmost respect for him. I’ve also met John White. He’s a hard runner and a really well-respected player in this league so I can’t help but be honoured and have respect for them. As for the first year guys, I can’t help but be there for them because now I know what they’re going through. I love being here competing and establishing some new relationships with new teammates.” 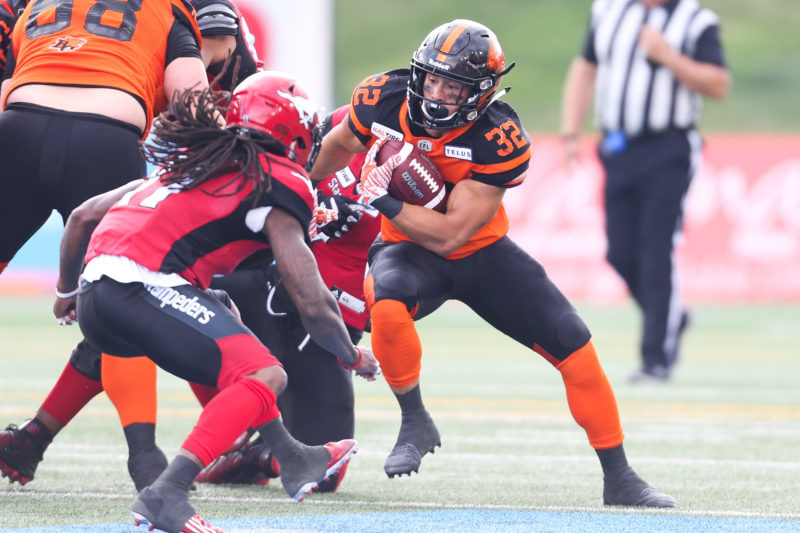 Wick and the other returning players will be trying to impress almost an entirely new coaching staff. DeVone Claybrooks has entrusted friend and CFL legend Nik Lewis to coach the running backs this season.

“I was speaking to Nik even before we arrived in Kamloops. He had seen all of my tape and he understands the position I’m in,” explained the former Wyoming standout.

“He says he’s there for the players and that he’s going to put us in the right position. All he has to do is get us mentally right and if I’m there everything else physically should take over. It should just flow through like a river. It’s definitely exciting. You can’t help but give him the utmost respect and it makes you want to come out on the field and show off what you’ve got.”

St. Bonaventure was where Wick learned how to win. Making it all the way to the state championship paved the way for his quest to Wyoming where he played for five seasons and left as the sixth-leading rusher in program history.

“It was huge, just being there and knowing that the expectation was to be a winner,” explained Wick of his high school success.

“I was 15 years old and we had some of the top players in the state on my team. They set the tone for how to practice, how to perform and how to be a winner. That was the biggest highlight of my sports career so far. That turned the tide for how I worked.”

Training camp brings about many different types of storylines. You have your veterans, bubble guys and a few unknown commodities that emerge. And then there are guys like Wick. Going through the experience of getting cut and brought back can certainly make them better in the long run. That’s what remains to be seen.

Chapter 2 is still very much open for a twist ending.