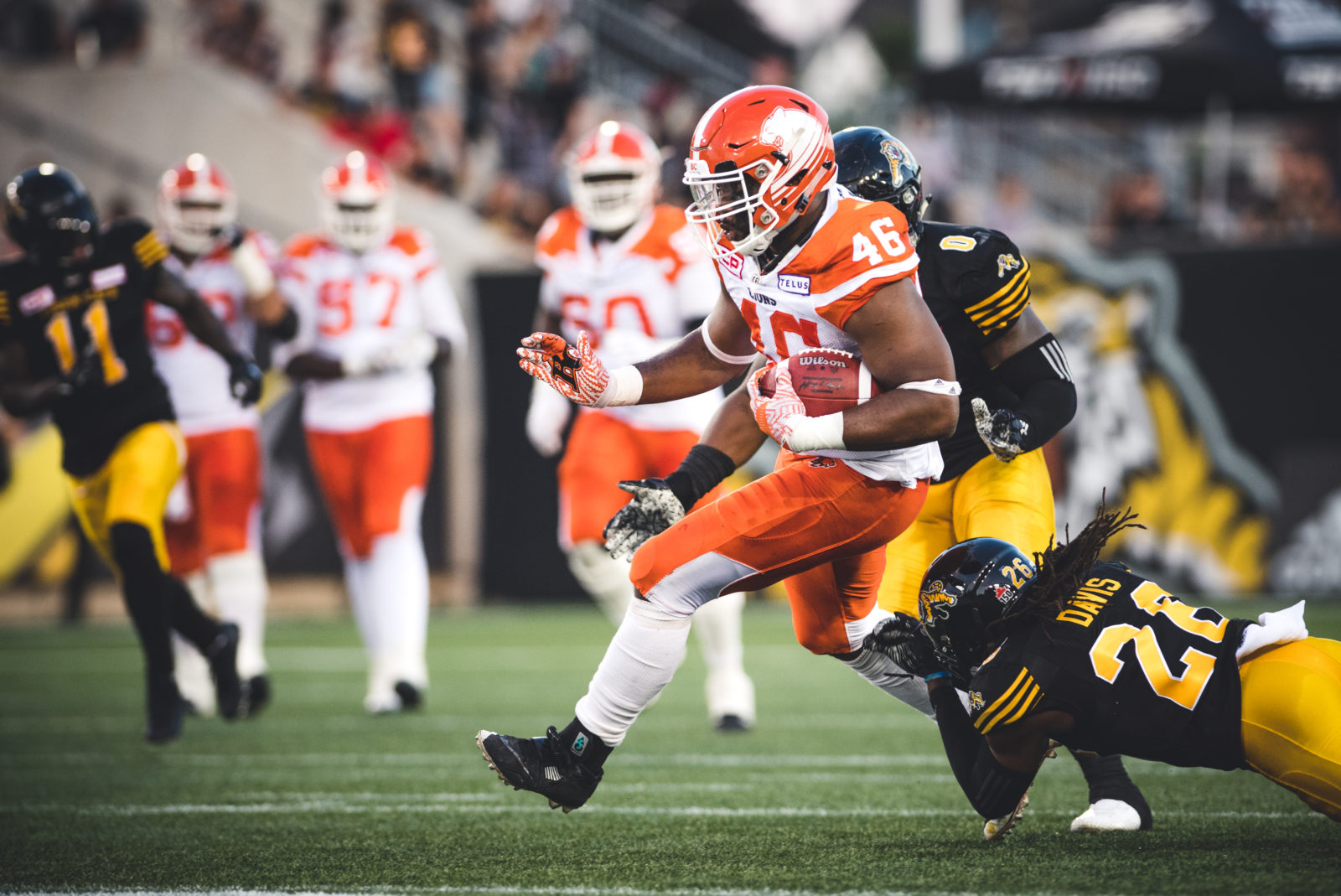 Rolly Lumbala (46) of the BC Lions and Ethan Davis (26) of the Hamilton Tiger-Cats during the game at Tim Hortons Field in Hamilton, ON., on Saturday, July 15, 2017. (Photo: Johany Jutras)

The BC Lions Football Club today announced that national fullback Rolly Lumbala has been released by the team.

Drafted by the Leos in 2008 out of the University of Idaho, Lumbala departs after 11 years all of which were spent as a Lion. Often an unsung but integral part of the Lions’ offence, the bruising fullback appeared in 188 regular season games and earned a Grey Cup ring in 2011.

“Rolly has been a big part of the Lions for more than a decade and an even bigger part our community efforts away from the field,” said GM Ed Hervey. “We’re grateful for his many contributions to our organization and we wish him the very best in the future.”