Camp Notebook | Checking In With J-Jack 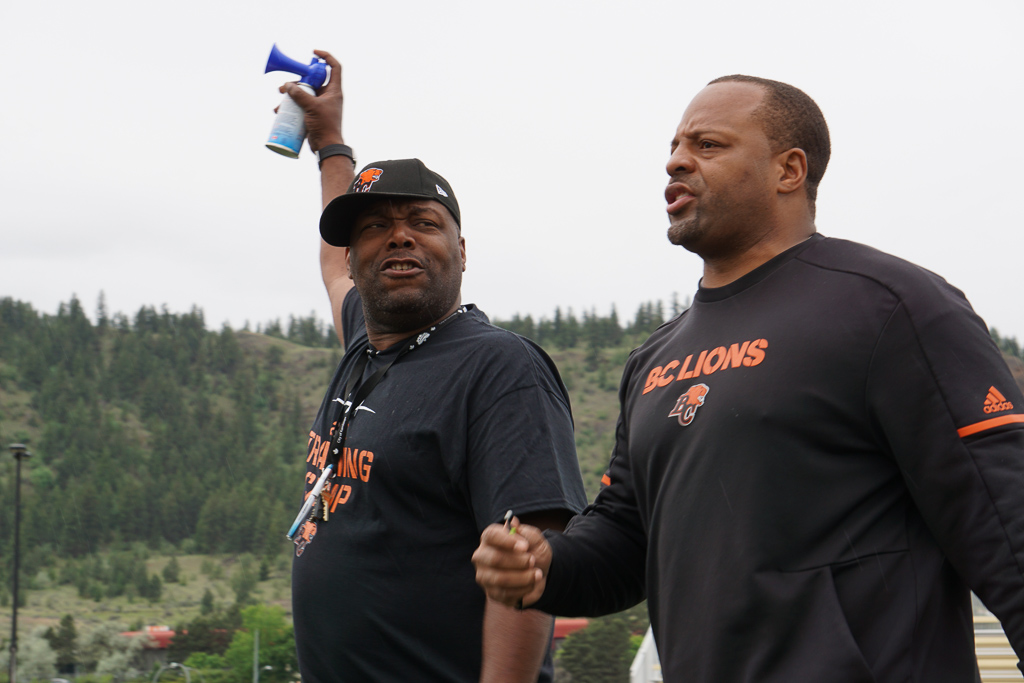 Camp Notebook | Checking In With J-Jack

Throughout the first week of his second training camp as Lions offensive coordinator, it has been hard for Jarious Jackson to stop smiling. During meals, he is sporting a shiny new green Notre Dame cap, keeping up with the tradition of always repping his alma mater.

The weather has been perfect: dry, yet not the blistering heat Kamloops is known for this time of year. And oh yeah, the shiny new toys he has to work with have come have advertised.

“So far so good, especially with the first group,” said Jackson of how his unit has progressed through six days.

“Mike is a veteran guy, he’s always making sure he gets those guys together and makes sure they’re going over their plays, especially now with the way things are and how we have to finish things early in the night. They’re taking ownership and making sure they’re in their playbooks.”

His first season in charge of the offence had some memorable moments. Despite injuries at the quarterback and receiver positions, they were able to pull out a couple of exciting, high-scoring victories that helped solidify a return to the playoffs following a one-year absence.

Bryan Burnham stepped up after Emmanuel Arceneaux went down, earning a CFL All-Star selection after his third consecutive season of over 1,000 yards receiving. Yet we all remember it ended on a sour note in the Eastern Semi-Final at Hamilton. That’s a big reason GM Ed Hervey did his part by adding significant pieces to Jackson’s offence throughout the offseason. 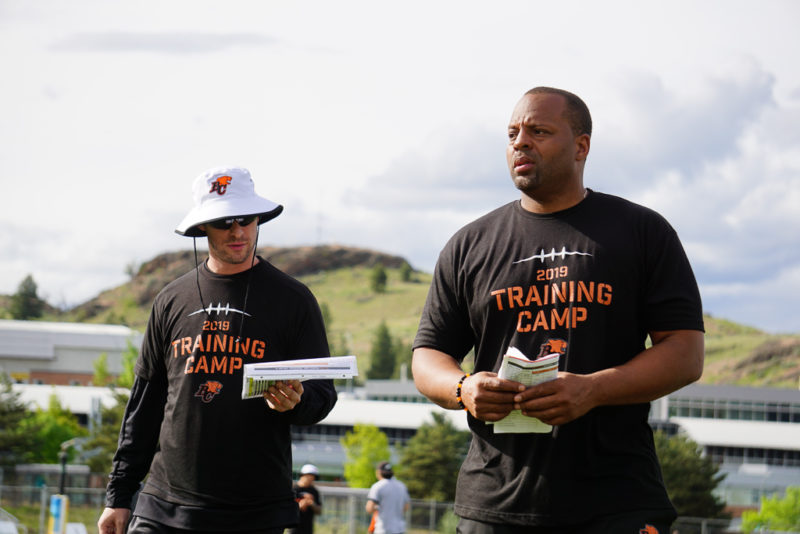 The headliner, of course, is Reilly. Duron Carter and Lemar Durant join returnees Burnham and Shaq Johnson in the receiving corps, which begs the question: is having multiple guys who will want to be thrown a good dilemma to deal with?

“That’s a great problem to have,” stated Jackson.

“With this offence, if you read it correctly, the defence dictates where the ball goes. That’s one thing that Mike has shown is that he knows where the answers are. You can get stuck here and there but for the most part, if you know how to progress and read through there are answers everywhere.”

Quarterback and receiver have hogged plenty of the pre-camp headlines. What about the running game? Hervey addressed the backfield by hanging on to Brandon Rutley and bringing in trusty veteran John White to battle for the starting tailback job and help mentor a couple of the young backs in camp in Shaun Wick and 2019 draft pick Jamel Lyles. Both Rutley and White are also trying to prove they can stay healthy over the course of a full season and neither have disappointed on the field so far in Kamloops.

“John White has been there and done that; he was part of that championship team (in Edmonton) back in 2015, even though he had got hurt earlier in the season. Rutley the same thing, he was having a great year last year prior to his injury as well. It’s great to see both of those guys bounce back, John more so last year, but having those two guys in the fold is definitely going to help our running game.”

As the coaching staff prepares for Sunday’s pre-season game in Edmonton, the goal is to continue to evaluate some of the younger and lesser-known talents in camp. You can expect a heavier dose of the younger players to make the trip in hopes of seeing how well they can adjust to the game environment after one week of practice.

Many of the first-year Lion receivers have shown well in camp including Joey Augistin, Jamaal Jones, Marquis Bundy and Mexicans Gerardo Alvarez and Fernando Richarte. Another newcomer, Shaq Hill, was making plays before going down with an apparent leg injury earlier in the week. The big challenge for Jackson and all of the coaches is the quick turnaround between the start of camp and Sunday’s clash with the Eskimos.

Great problems to have, indeed. Given how up-tempo the offence has been so far, we can only predict J-Jack will keep on smiling.

The Lions scaled down to just one tw0-hour, non-padded practice on Friday morning. The wind played a major role with forecasts calling for heavy rain later in the day in Kamloops. The squad will hold one final walkthrough on Saturday (10-11:15 AM) before flying to Edmonton in the afternoon. Sunday is a 1:00 PM PT kickoff against the Eskimos. Details on the roster and depth chart will be unveiled on Saturday.