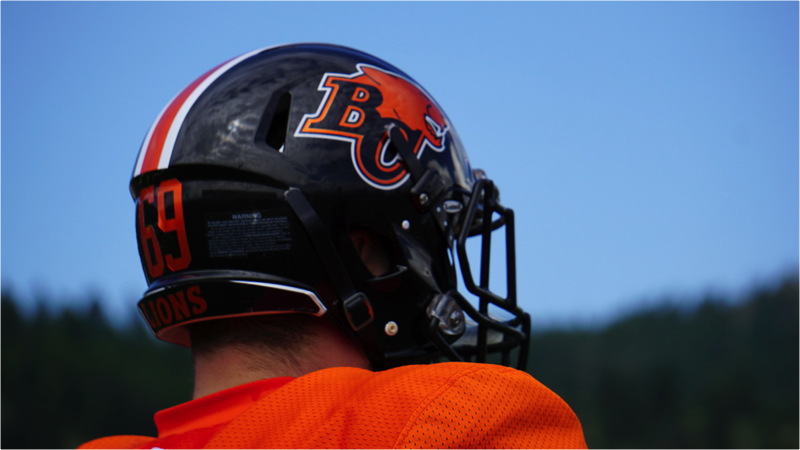 Less than one week after kicking off training camp in Kamloops, a rather young contingent of BC Lions players boarded a plane to Edmonton for the first pre-season action of 2019. This first tune-up will serve as more of an evaluation for head coach DeVone Claybrooks and his staff with plenty of tough decisions to come at a variety of positions as we get into the second half of training camp. A few of the big storylines are below:

Pre-Season Game A: BC Lions at Edmonton Eskimos

Number 2 Pivot: Who Steps Up?

As expected, Mike Reilly’s return to Edmonton will wait until June 21st and the Lions’ first regular season road trip. That means Ricky Lloyd and first-year Leos Austin Apodaca and Cole Sears will handle the quarterback reps in hopes of getting a leg up on sticking behind Reilly on the depth chart. Last year’s pre-season opener in Calgary allowed Lloyd to earn a spot for 2018. Now Apodaca and Sears will aim to do the same.

“I’m excited. It’s going to be fun to get out there with all of the guys,” said Apodaca.

“The biggest thing is just being clean out there, making reads and having fun, man. We get to play a game for a living so I’m excited. The main goals, first and foremost, is to come back with a win.”

Apodaca has experience under his belt, appearing in pre-season action with the Blue Bombers in 2017 and dressing for four games with the Alouettes at the tail end of last season. He knows that provides no guarantees but he can also take what he learned in those situations for what should be a heck of a battle in the final week in Kamloops.

“I think what I take is to not make the game bigger than what it is,” added the QB.

“We’ve done this since we were really little and it’s been a lot of fun, the whole journey, so I’ll just go in there, have fun and play the game for what it is.”

Added head coach DeVone Claybrooks on this pre-season battle for the number two job: “This offence is not an easy offence to grasp. Those guys understand the nuances, when they can take a shot and when they can take a chance, those kinds of things. They’re slowly evolving into where we want them to get to but there’s still a ways to go. We’re only six days into camp so it’s one of those things where you’ve got to be not too critical. If it was a week from now it would be different.” 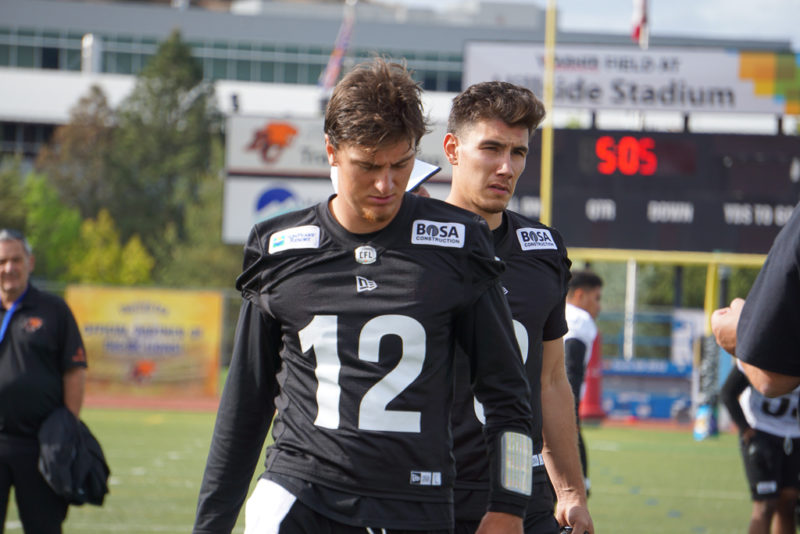 A Bevy of Young Talent at Receiver

One big observation in the first week of camp is the depth at receiver. Of course, there will only be so many spots available on the final roster especially when you consider who they have slotted in as their potential starters in week one. Langley Rams product Jevon Cottoy has been one of those first-years making plays and is anxious to turn it up a notch in live game action.

“As long as we bring our A-game, we should be okay,” said Cottoy of himself and the other rookies.

For a guy who has big game experience in the junior ranks, making it all the way into a pro environment is just another step up the ladder for the receiver who hails from the island of St. Vincent.

“This is going to be up there for sure after playing in the Canadian Bowl and in Calgary for the (junior) Colts,” said Cottoy when asked to compare accomplishments.

“Being in that atmosphere will be new, but I will be prepared. Jarious Jackson has been great. He’s been great with helping all of the running backs, receivers, offensive linemen and everybody else.”

Other young standouts at the position have included Joey Augustin, Marquis Bundy and Mexican additions Fernando Richarte and Gerardo Alvarez. All CFL clubs are required to keep one global player on their roster beyond training camp. 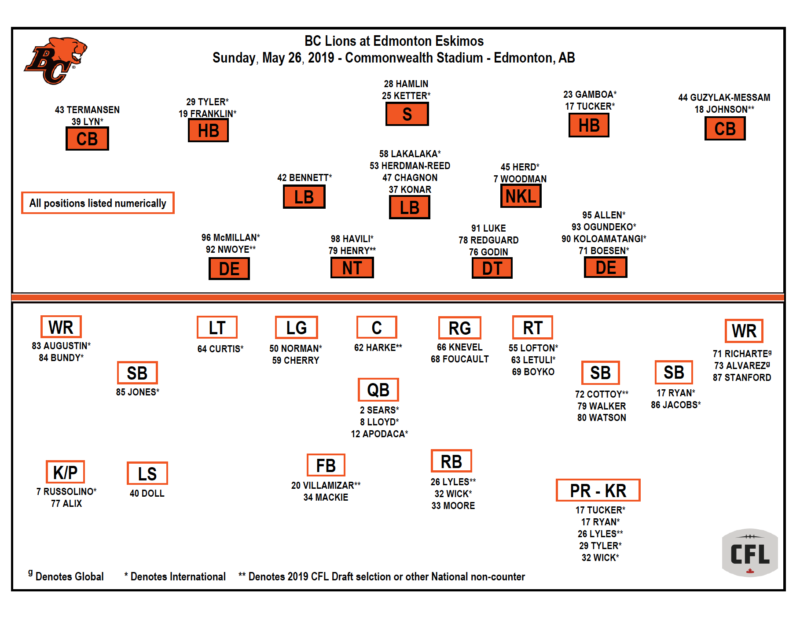 Defensive Line: Calling On Another Bookend

In a video chat on bclions.com ( below), TSN 1040 colour analyst Giulio Caravatta said he was most intrigued about the battles brewing on the defensive line, specifically at the end position. With Odell Willis having another strong showing in camp, the big question remains who will line up as the other bookend.

Darius Allen and Ebo Ogundeko are two guys with CFL game experience. The whole position group has impressed Claybrooks and his staff to the point where some interesting decisions could be made.

“With any player, your job and objective are to make the tough decisions. We’re from the old school adage that we don’t really cut anybody. We just put them in situations on the field and let the film tell us who stays and who goes. We don’t really try to make it personal. The whole objective is to compete and try to win a championship.”

While Reilly won’t make the trip, another former impact guy with the Eskimos will. Linebacker Adam Konar gets to battle some of his own teammates after he was cut loose and quickly picked up by the Lions on day one of camp.

Kickers Taylor Russolino and Anthony Alix will split reps on Sunday. Both have previous CFL experience, Russolino as a punter in Montreal and Alix as a placekicker/punter with Toronto and Ottawa. Saturday brought the addition of kicker/punter Sergio Castillo, who has appeared in 20 CFL games and hit 87.3 per cent of his field goal attempts. Castillo was most recently in Hamilton in 2017 and will arrive in Kamloops early this coming week.

These teams will meet three times in the regular season, the first matchup coming back in Edmonton in week two on June 21st. The Eskimos travel to BC Place on Thursday, July 11th and the final meeting is in the Alberta capital on October 12th. It marks the first time since 2015 that the Lions will make two regular season trips to Edmonton.

TSN 1040 has you covered beginning at 12 PM PT with Farhan Lalji. Bob Marjanovich, Giulio Caravatta and sideline reporter Karen Surman bring you the action at 1 PM PT. The game is not being televised.