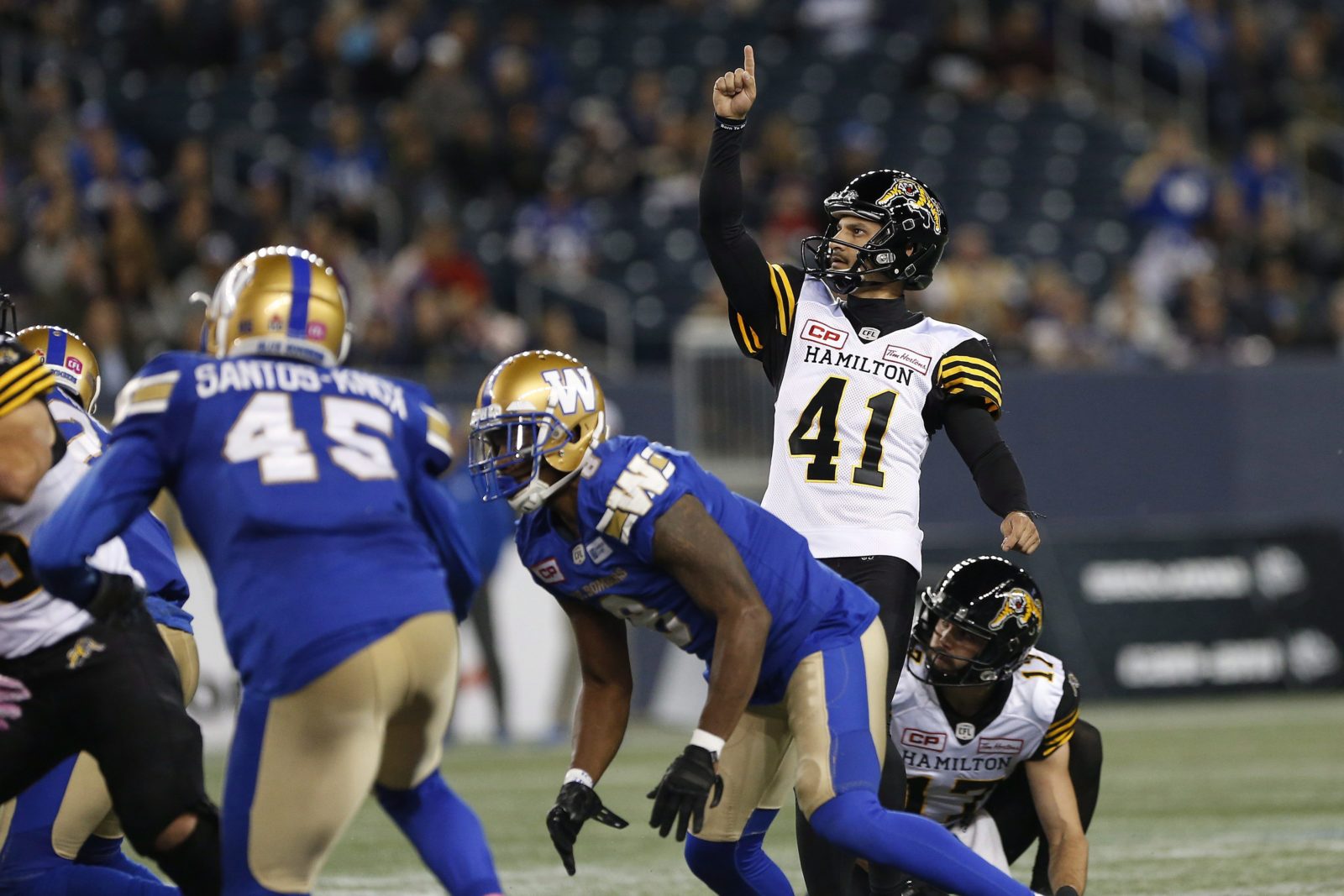 Hamilton Tiger-Cats kicker Sergio Castillo (41) celebrates his field goal against the Winnipeg Blue Bombers during the first half of CFL action in Winnipeg Friday, October 6, 2017. THE CANADIAN PRESS/John Woods

The BC Lions Football Club today announced that international kicker and punter Sergio Castillo has been added to the roster.

ʺSergio is a veteran kicker who brings significant experience and skill to an important position on our team,” said GM Ed Hervey. “We look forward to seeing how all of our kickers perform during the next couple weeks of camp.ʺ