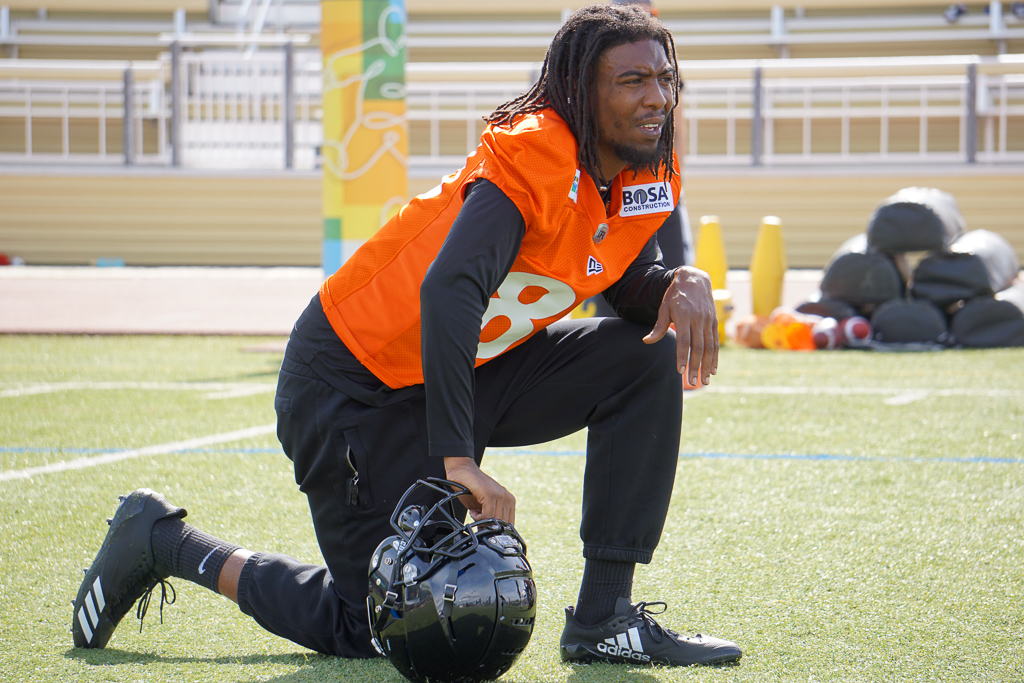 Duron Carter knew before he even arrived at training camp that he was going to love his new football home. After all, what first-timer driving up the Coquihalla freeway wouldn’t fall in love with that scenery, right?

“I loved it. It was my first time seeing a waterfall off of a mountain into a creek. It was amazing just driving up through the mountains to get to Kamloops,” the charismatic Carter said in an exclusive chat with bclions.com.

“It was really breathtaking. Being from Florida, I never experienced that type of scenery. Even now, looking into the mountains near the practice field. Where else would you rather prepare for a season? It’s been smooth sailing, it’s nice and hot. I was talking to some of my friends in Saskatchewan and it’s been freezing at their camp, so I’m happy to be here.”

If there is one thing we can take away from Carter’s presence with the Lions, it is that his teammates and coaches have also bought into just how great he is to have around.

“He fits in like one of the guys,” said head coach DeVone Claybrooks.

“He plays well, he does everything that the coaches ask him to do and he’s buying in and leading the guys. That’s all you can ask for. He’s working hard on the field and he’s doing all of the little things. Those little things are going to be the difference. That’s why he’s here.”

That comradery was evident on Wednesday when head coach DeVone Claybrooks surprisingly granted his players a day off from practice and told them to head for the pool to cool down. Carter just happened to be the guy to help instruct the aqua fit session they decided to crash.

“I feel great, I can tell you that right now,” said Carter after time in the pool.

“I saw that the instructor probably needed a little help in guiding such a big group. I just decided to go ahead and copy what she was doing. It ended up being a very fun workout.”

And then there was last week when he bought Popeye’s Chicken for the entire team to enjoy when they listened to a sneak preview of his new rap album due for release on Friday.

“Everybody on the team really liked it,” laughed the wide receiver.

“Hopefully, everybody in the world likes it because I got great reviews from the team. I can’t wait to make more (music).”

Off-field activities are one thing.  But don’t for a second thing they will come at the expense of the most important job and that’s living up to the pre-season expectations of being an unstoppable force on offence.

As Carter and his fellow receivers continue to establish chemistry with quarterback Mike Reilly in this new-look aerial attack, both fans and players themselves are marvelling at just how great the possibilities can be. At the end of the day, they know they must prove it when it matters the most yet with Reilly at the controls they know they will have the ability to outscore anybody on any given day.

“He is the general of our army and anything he says goes,” said Carter of his quarterback.

“I’m just happy to be behind him and be able to go fight for him.” 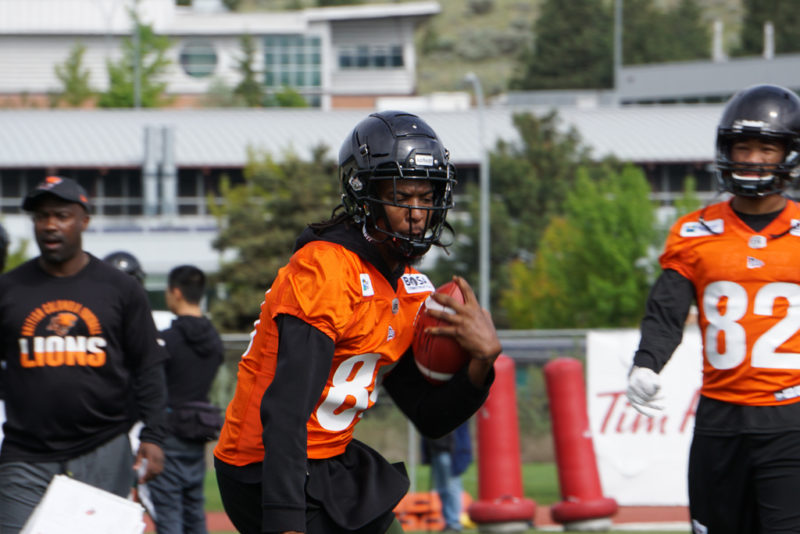 This marks Carter’s fourth CFL stop after he suited up with Montreal, Saskatchewan and for a brief stint in Toronto to end last season after things didn’t end particularly well with the Roughriders. GM Ed Hervey and Claybrooks’ staff are all banking on him returning to the form he showed in 2017 where he had over 1,000 receiving yards on 72 receptions and eight touchdowns. The veteran knows it all begins with ending camp on a solid note next Wednesday.

“The goal is just to continue to establish chemistry with the other guys on offence,” he said.

“You always want to keep up with the playbook and of course, get into the first real game action healthy. I’ll be ready to play.”

Carter is another guy Claybrooks spent a few years trying to shut down when the head coach was still doing his thing as defensive coordinator of the Calgary Stampeders. It’s safe to say he is now glad to be joining forces.

“DeVone knows the whole playbook inside and out,” added Claybrooks.

“He’s a weapon and we just need to get the ball in his hands. We’re fortunate and blessed to have a lot of weapons at our disposal and we have a great general leading them. With that aspect of it, the sky is the limit for the kid.”

It may indeed be early, but you get the sense number 89 has found a home.  You can just sense it in his voice.

“Everybody gets to be themselves. There is nobody trying to be someone they are not,” explained Carter of his new team.

“If you don’t want to be a leader, you’re not forced to be one. We just have it even-keeled right now as far as emotions and where we want to go. As the season progresses, it should get even better.”

It was a spirited three-hour practice under the Kamloops sun on Thursday morning with Claybrooks again reminding his players that certain types of intensity are best reserved for opponents in another jersey. Still, you can’t help but commend them for keeping up with that intensity as we approach the two-week mark. Following double practice day on Friday, the squad will hold its regular evening live scrimmage as part of the FanFest event at Hillside Stadium from 5-9:30 PM.

“You have daily work in school and college then you have your little mid-terms, which is like a pre-season game and this is like one of those pop quizzes in the middle of the week. We’re going to treat it like a game and play it as such.”

The addition of kicker Sergio Castillo- 20 games experience split between Winnipeg and Hamilton- has made rookies Taylor Russolino and Lane Clark expendable. Both first-years were released on Thursday morning. In addition, the club added rookie quarterback Grant Kraemer to the training camp roster. In 32 games over three seasons at Drake University, Kraemer passed for 7,693 yards and 71 touchdowns. His addition comes as Ricky Lloyd remains out to heal some bumps and bruises.