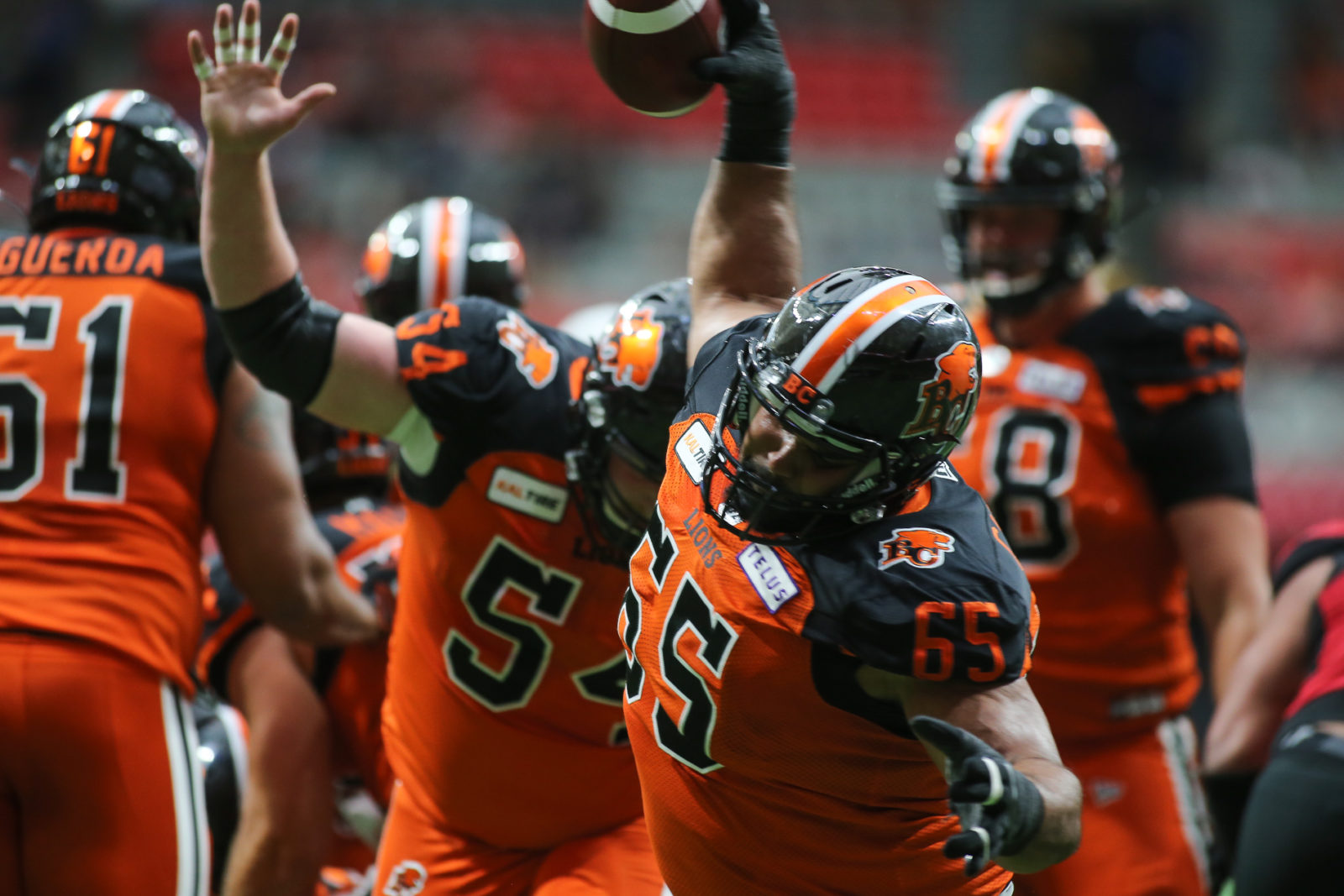 It remains to be seen whether or not his whirlwind of a week will pay off, but one thing is certain: Grant Kraemer may have at least made things interesting.

The rookie QB out Drake University engineered two touchdown drives in the fourth quarter as the hometown BC Lions rallied to stun the Calgary Stampeders 38-36 in their final pre-season tune-up of 2019.

Kraemer scored on a one-yard plunge of his own and then a touchdown toss to Wayne Moore- the running back’s second major of that crazy final quarter- proved to be the winning points. For the young pivot, it was clearly not too big a moment.

“I got in last Wednesday and I knew the opportunity was here and that I had to prove myself,” said a euphoric Kraemer after the win.

The winning drive was clinical in itself. Fernando Richarte kept it going a highlight-reel first down catch near mid-field before Kraemer found Joey Augustine for a 49-yard connection that set them up inside the Calgary ten-yard line. Overall, it was a nice finish for some of the rookies that have endured lots throughout the grind of training camp. And for Kraemer, it was the chance to be involved in one of those crazy CFL endings he had heard all about.

“I dreamt about that,” he said.

“I saw Mike (Reilly’s) interview a week ago about how when he got his opportunity, he made the most of it. That was just a great thing to see and to be able to do it was even bet here.”

Reilly played a clean first quarter and finished eight of 11 for 110 yards and a rushing touchdown that briefly put the home side ahead 13-9. Chalk that up as mission accomplished for the Lions’ prized free agent addition.

“The big thing is, we got a win and everybody, for the most part, stayed healthy. It was good for the first group to get out there and run a competition against another team. I thought our guys handled it really well, played with speed and execution and got in the end zone twice, which is what you want to do. We don’t want to leave with three when we get down there.”

Along with being satisfied with his own performance, he couldn’t help but admire the work of his young teammate who closed the deal and sent the fans home happy.

“He was awesome. I know he’s on cloud nine right now. It was cool to watch. It was kind of reminiscent of how I felt in 2011, getting a chance in the end. Some guys come out and shine and he certainly did. It was great to see that and it was great to see the rest of the vets. as excited as him, if not more, at the job that our young guys did to pull out that win.”

Austin Apodaca took the most snaps of any Lion quarterbacks and completed 11 of 21 passes for 121 yards, but threw a pick-six to Mark Myers that helped the visitors take a 30-16 lead to the halftime locker room.

Apodaca would recover after the break and put them in a position to make the late comeback when Kraemer was pressed into service. The win was impressive, but now the hard work begins with the deadline for roster cutdown vastly approaching.

“We can’t get tired on teams and start taking short cuts. If we actually do the work, we’ll be fine there. We coach at a high level and we expect the guys to step up and play. They answered the bell. When the chips were down, they didn’t panic. The belief was in everybody’s face and eyes and that’s what you want.”

It was far from a perfect effort but after the long grind in Kamloops, ending this pre-season on a winning note feels good no matter what the circumstance.

“This is the type of team that we’re trying to build,” added Reilly.

“We want to come out and be aggressive and we want to fight, scrap and claw until the very end. If we play like that, we’ll never be out of it. If we clean up some of the other mistakes and bad football that we played, we won’t have to be fighting at the end there. Sometimes the games come down to that and you have to know how to win those ones.”

462- the Lions total offence in this victory.

19- the fourth quarter points for Lions in this comeback.

3- the number of missed converts for the Lions in this one; all from Sergio Castillo.  The placekicking game was solid, with Castillo and Anthony Alix each making good on their lone attempts.

94- the number of receiving yards for Jamaal Jones to lead both teams.

4- rushing touchdowns for the Lions. Reilly, Moore, Kraemer and John White each broke the plain with Kraemer’s strike to Moore their only touchdown through the air.

4- the total number of Lions penalties, an improvement from the previous loss in Edmonton.

Good on Kraemer. It could not have been easy joining his new teammates when camp was already half over, but the fourth quarter heroics showed he has picked up the offence and it was cool to see his teammates rallied for him as well.

Moore has been a special teams warrior since his arrival mid-season in 2018. Seeing him contribute on offence was well earned on his part.

The first team offence and defence both did what they had to do. One thing Claybrooks will ask more of on the defensive side is to pressure the quarterback. The Lions failed to register a sack in this victory. Anyone else jacked up to see Reilly connect with Bryan Burnham in more meaningful games?

Good on the vets for not only showing well on the field, but they collectively were involved in the second half when it came to coaching and pumping up the youngsters. That has to be nothing but a positive impact on the team as a whole.

We told you about the untapped potential at that receiver position. Jones, Augustine and Jovon Cottoy all built off of their productive time in Kamloops.

Marloshaun Franklin had the Lions’ lone interception, a nice toe drag to stay in bounds, which led to a second quarter field goal. He has quietly had himself a nice training camp in the secondary. Other standouts on defence included fellow rookies Mat Boesen, Hakeem Johnson and Noah Robinson.

The Lions open their 66th regular season on Saturday, June 15th against the Winnipeg Blue Bombers at BC Place. it is a 7:00 PM kickoff.