Thompson Back Where He Belongs 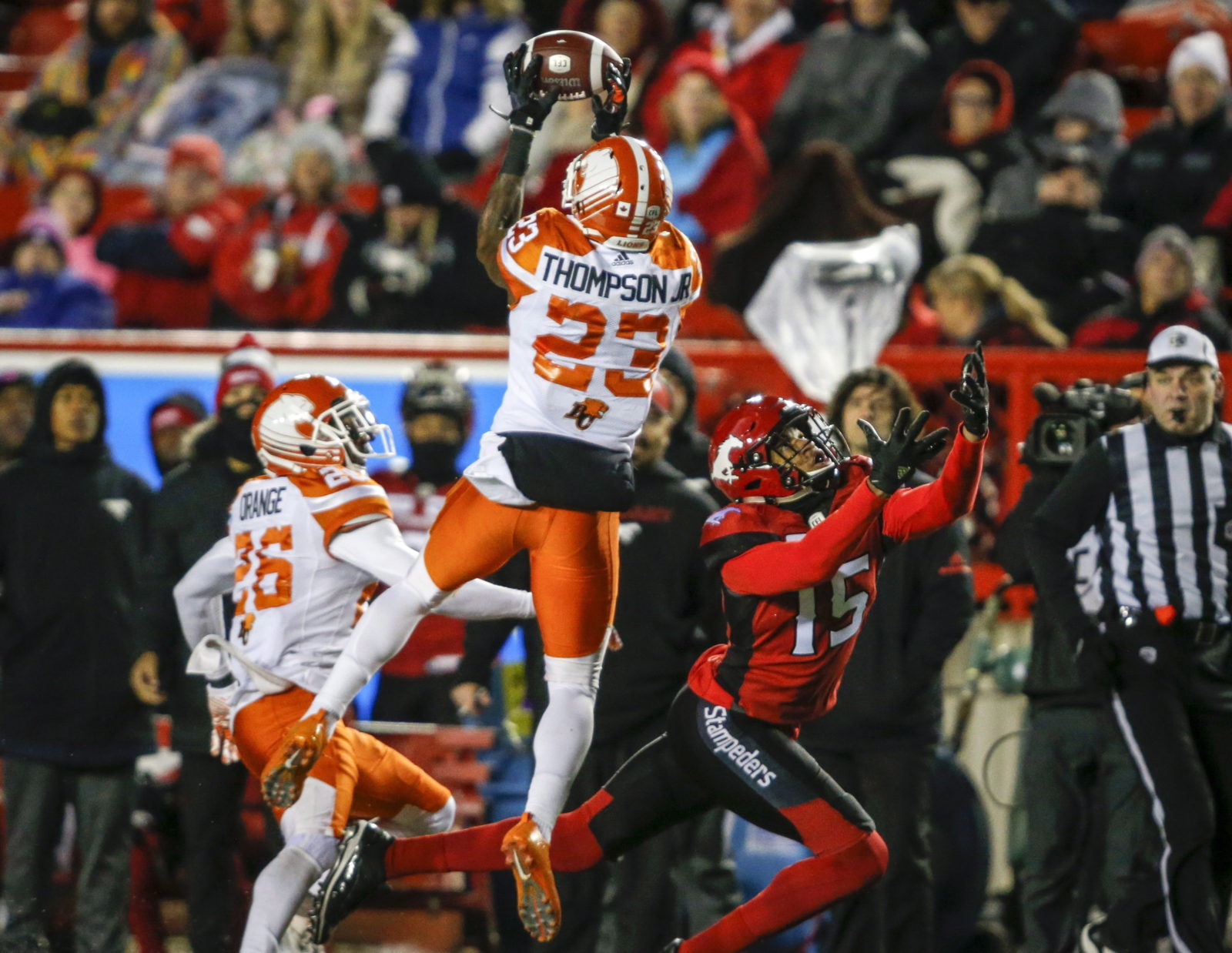 Thompson Back Where He Belongs

With the benefit of hindsight being 20/20, Anthony Thompson wound up having himself an enjoyable winter and start to the spring. He was able to stay occupied by working at his regular offseason job serving sweets and coffee at a Sweet Somethings Bakery on the west side of Vancouver. He also volunteered some of his time with underprivileged children at a local group home. Despite all of the non-football activity, the fire in his belly still burned for a return to the game he has loved for so long.

“I was running my own gassers (sprints) and preparing for another season out here,” boasted Thompson after his first full day of practice with old friends.

After three seasons in the den where he suited up for all 54 games over that span, Thompson found himself unsigned following the flurry of free agent activity that hit the entire CFL in mid-February. While he remained fairly confident he would end up on a roster, his main goal was to be back in orange.

“I wanted to be a Lion, first and foremost,” he said.

“It killed me not being up there for camp. I was watching all of the reports, all the videos. Once it all got finalized and I had the chance to be on the sidelines on Friday night, it was as if I never left. I was jacked up. After my physical, I really wanted to steal someone’s pads and helmet and just start hitting people. This feels great.” 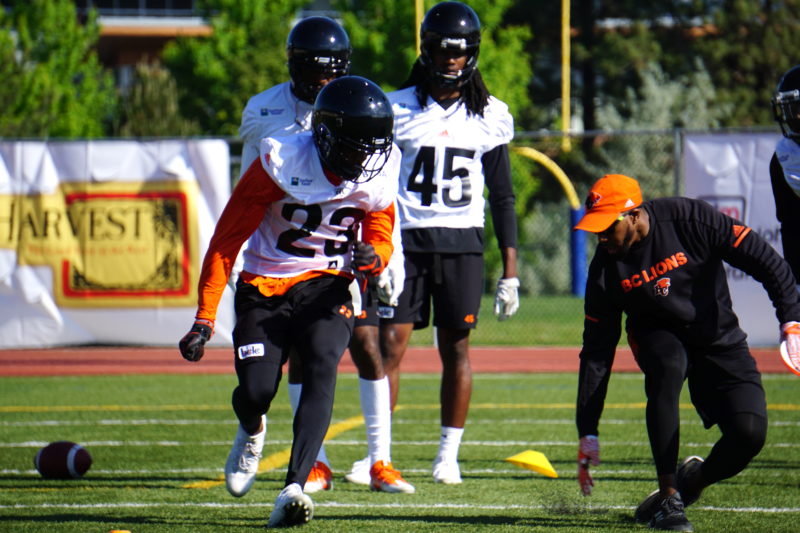 His compete level and intensity were just a couple of the qualities that led to the Lions selecting him in round two of the 2016 CFL Draft and you can still hear that in his voice.

After a few months of uncertainty, he was back out on the practice field at his regular position of safety. Thompson may be back in familiar colours and in familiar surroundings, but he knows he has to prove himself to head coach DeVone Claybrooks, defensive coordinator Rich Stubler and his old friend Ryan Phillips who is now overseeing the defensive backs on a day to day basis.

“It’s funny, back in my rookie season when I got thrown onto the field RP was the one helping me out,” recalled Thompson.

“Having him back in my ear again is the perfect thing for and he’s really going to help me out. We’re going to play fast and create turnovers. That’s going to be our defence. We’re going to be number one but we know we have to keep battling to achieve that goal.”

Rust or adjusting to a new staff shouldn’t be a factor for the Montreal native, especially after he mastered the switch from boundary corner to safety halfway through his second season. Going unsigned for several weeks also allowed the product of Southern Illinois University to gain a new perspective on life. Football doesn’t last forever. Yet making smart decisions in the classroom or at another professional setting can go a long way in setting yourself up for life after the game. That’s what went into his decision to work with young kids at the group home.

“That was different for me and a step outside of my comfort zone a little bit,” said Thompson.

“It ended up being a really fun experience. The kids looked up to me and thought it was cool to have a BC Lion around. It was about mentoring them, making sure they’re heading in the right direction and sort of acting like a big brother. It was very rewarding to experience that.”

Giving back and always showing a good work ethic is something he learned from his mother Melinda who works as a nurse in two different hospitals back in his home of Montreal.

“My mom is excited. She has already booked her flights out here for vacation and can’t wait to see my play again,” said Thompson.

Now he can focus on his number one passion, even if that puts his quest to become a better baker on hold.

“You may see me handing cookies out here, but the bakery still won’t let me in the kitchen,” laughs Thompson.

“That’s all good. I’m fine out at the front serving and talking to the people who come in. Now that the season is here, I won’t be there as much but this is here is the best job I can ask for.”

And the first real test comes on Saturday against Matt Nichols and Winnipeg Blue Bombers team that has Grey Cup aspirations of their own. Thompson wouldn’t have it any other way.

“I CANNOT wait to get this started. They’ll see on Saturday what we are all about.”

Something tells us those offseason individual gassers will pay dividends.