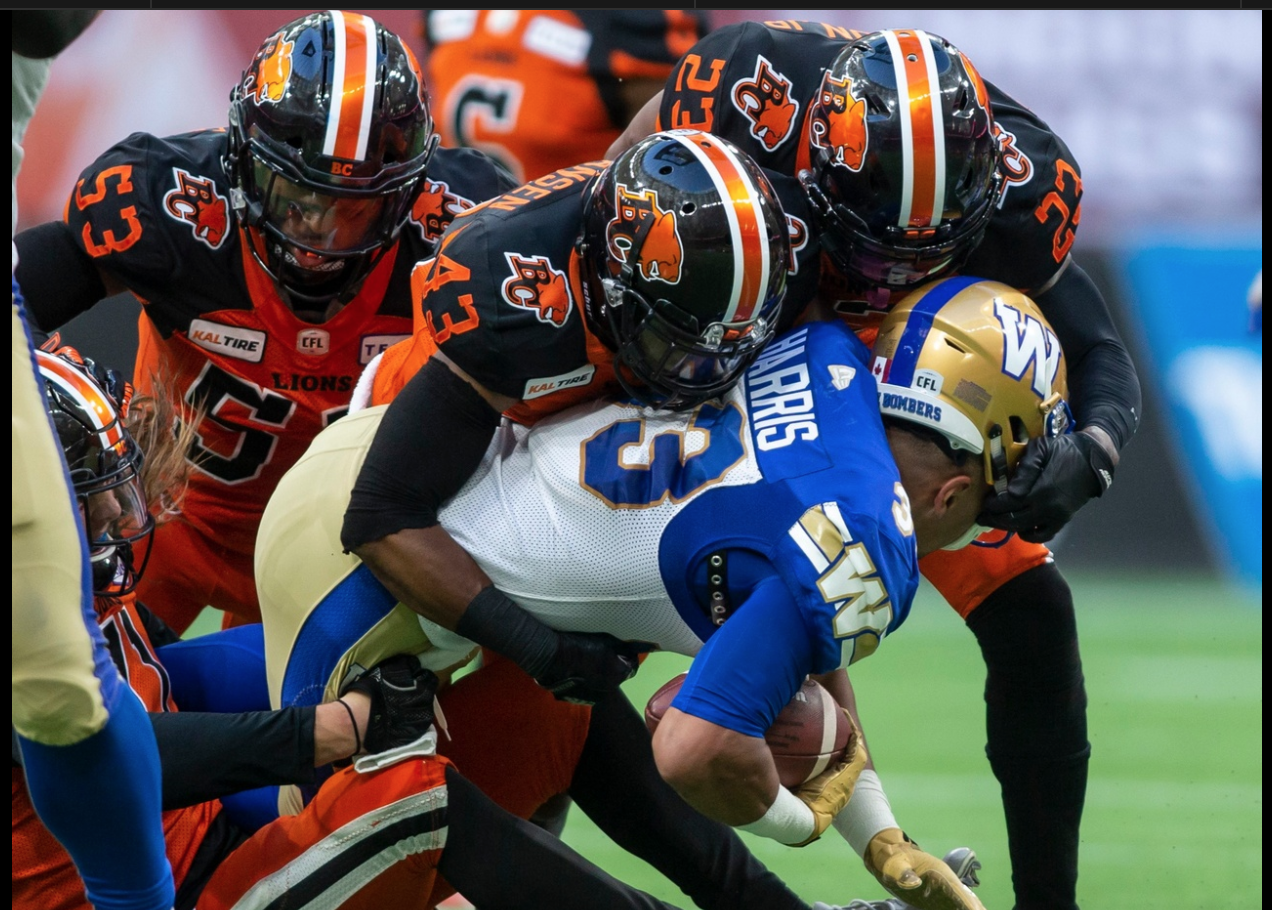 It was a tilt between two of the projected Western Division heavyweights and after they traded punches for the first three quarters, the visiting Winnipeg Blue Bombers were the last ones standing. Andrew Harris rumbled for 148 rushing yards and Matt Nichols through two of this three touchdown passes to Drew Wolitarsky as the Bombers prevailed 33-23 over the BC Lions in Saturday night’s regular season opener for both teams.

For Mike Reilly and the Lions, it wasn’t the crisp aerial attack they and many of their fans were hoping for although there were some flashes of brilliance to build on going forward.

“We had opportunities that we need to capitalize on that we didn’t and we had mistakes that set us back whether it’s penalties that put you in bad field position, turnovers, I can’t turn the ball over, I threw two interceptions. Things like that where I know I’m better than that but you’ve got to learn from those mistakes,” explained Reilly.

The Lions led 3-0 after the opening quarter before Nichols and the Bombers’ offence went to work by engineering back-to-back touchdown drives. Brandon Rutley then gave the home side a much-needed shot in the arm by returning the ensuing kickoff 108 yards for a major and they would head to the locker room leading 17-14 at halftime.

They appeared to build off that momentum after the break when Reilly hit Lemar Durant for a touchdown before the Bombers would block Sergio Castillo’s convert attempt and return it for a safety that would tie the game at 23. The visitors would not look back.

“When you play good teams like that, you can’t beat yourself,” added head coach DeVone Claybrooks after his regular season debut as head coach.

“Penalties, field position, that’s just the little details. We were off the hash on one miscommunication under pressure. We’ve just got to be better with those and get better. It’s a heavyweight fight, 18 rounds and you’ve got to stand in there and count in the first round. How do we re-load for  the second round? We’ve got Edmonton on a short week and we’ll be ready to go.”

Reilly passed for 343 yards in his ‘re-debut’ with the Lions and had the one TD strike to Durant as well as a two-point convert completion to Duron Carter that tied the game at 14 after Rutley’s big return. His two interceptions were both into the hands of Jeff Hecht.  Castillo made good on all three of his field goal attempts to round out the Lions’ scoring, his longest coming from 45 yards out.

The Lions drop their home opener for just the second time since the 2015 season. For the Bombers, it was their first victory at this venue since October of 2016, a span of five visits when you include the Western Division Semi-Final played in November of that same season.

148- rushing yards for Harris who, for one game at least, continued to demonstrate that age his only a number.

35:06– Winnipeg’s time of possession which speaks to the job they did to extend drives and pounding the rock with Harris

4- the total rushing yards for the Lions, all coming on four carries from John White.

112- Reilly’s passing yards in the first quarter alone. 92 of those went for two completions to Bryan Burnham on a drive that started on their own 1-yard line. The drive led to the first points of 2019, a 23-yard field goal by Sergio Castillo.

43- the number of times Reilly has gone over 300 yards passing in his career after finishing with 343 tonight.

12- the total number of 100-yard receiving games for Burnham in his career. He finished with 120 in this one.

As we mentioned, it was not the consistent effort on offence many had hoped/planned for, but you saw glimpses of just how great that can be when firing on all cylinders. Look no further than the times Reilly led them to scoring chances despite being backed up inside their own territory. His touchdown pass to Durant was vintage Reilly as well.

The running game has nowhere to go but up and we can sense they will improve on the ground next week. White performed extremely well in training camp while Rutley is a proven commodity in the backfield when he isn’t scoring on special teams.

One of our keys to the game was containing Harris. You saw firsthand how damaging he could be when he gets big chunks of yardage. The Bombers proved in this one that when your game breakers are indeed your game breakers it provides the perfect recipe for success.

Reilly makes his highly anticipated return to Edmonton next Friday, June 21st. It is a 6:00 PM kickoff from Commonwealth Stadium. The Eskimos won their opener 35-25 over the Montreal Alouettes on Friday night.