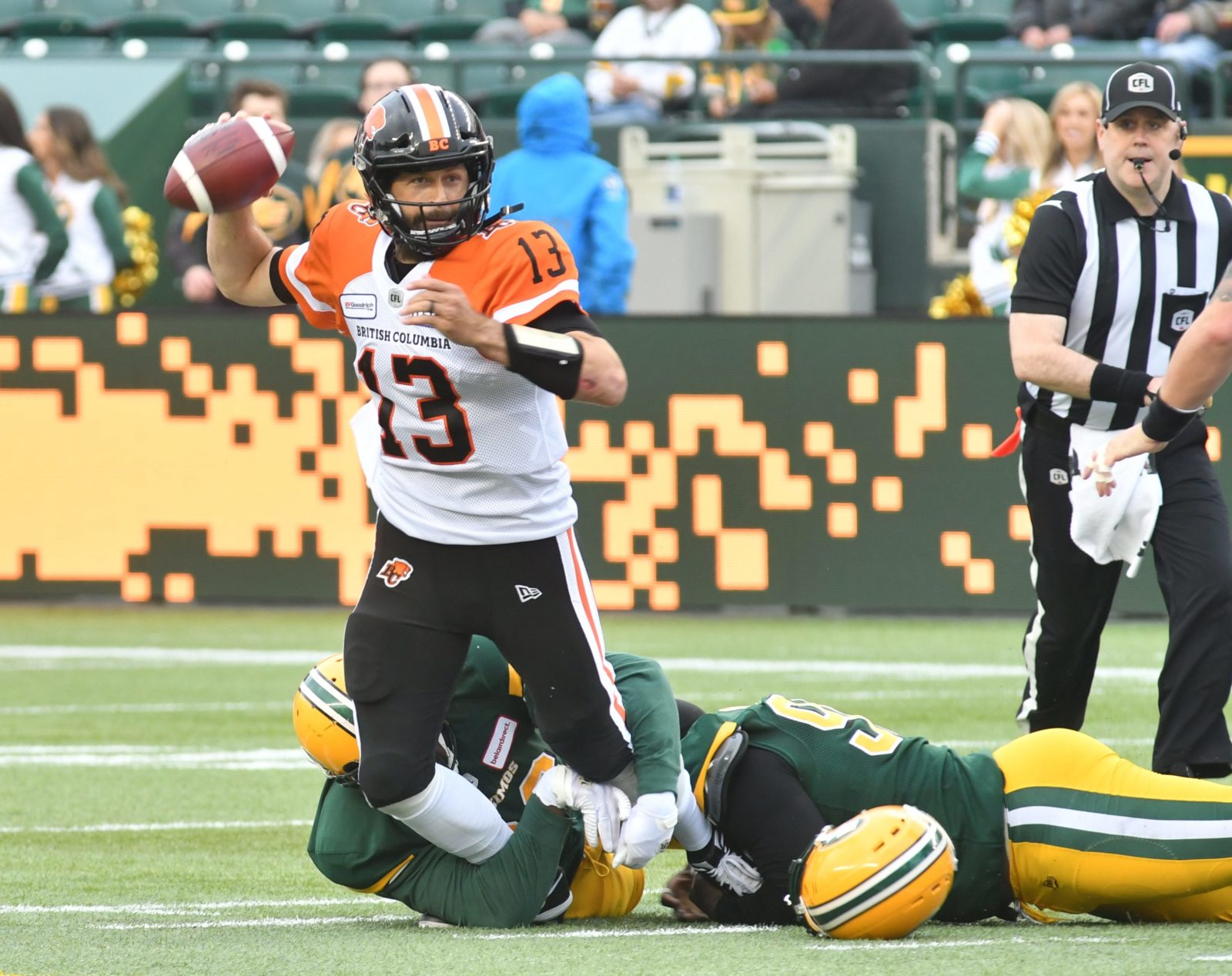 It was billed ahead of time as a big return visit from an old friend. Only the hometown Edmonton Eskimos (2-0-0) didn’t prove to be gracious hosts. A stout defensive front sacked quarterback Mike Reilly seven times and recovered from some early penalty trouble to tame the BC Lions (0-2-0) 39-23 on Friday night at Commonwealth Stadium.

Reilly and the Lions offence were unable to build off an impressive start that saw the QB march them down the field and hit Lemar Durant for a major on their opening series. They found themselves up 17-3 in the second quarter following three field goals from Sergio Castillo but would not find the end zone again.

“You’re never going to have a perfect game where things go great for all 60 minutes,” said Reilly in a quiet visiting locker room.

“It’s the ebb and flow of a football game. You’re playing against professional opponents too, so you gotta capitalize when things are going your way but when they’re not you gotta figure a way to stem the tide, right? You gotta get momentum back on your side and that’s kind of where we’ve struggled a little bit is understanding those critical points in a game where you’ve gotta get a first down or get a turnover down in the red zone and you get a chance to get a touchdown but walk away with a field goal on the board, things like that.”

Reilly finished with 14 completions for 149 passing yards while his counterpart Trevor Harris threw for 294 yards, three touchdowns and ran for another.

One of those key momentum swings came late in the second quarter when Reilly threw an interception to Tyquwan Glass that led to Harris connecting with Greg Ellingson for a six-yard touchdown pass with six seconds left on the clock that gave the home side a 20-17 lead.

Edmonton would try to keep the momentum going by attempting an onside kick to begin the third quarter yet the Lions could only muster another Castillo field goal after starting with decent field position. That was the story of the night from DeVone Claybrooks’ perspective.

“I don’t think the game is over until there are triple zeros on the clock,” explained the head coach of tonight’s turn of events.

“I’ve been in games where we were down 16 and you come back and win by eight. It’s all about your fortitude and understanding the situation. This is the first time we as a team have been in this situation so you’ve got to understand and believe that you have a chance to win it and we gotta stay together.”

Duron Carter- six catches, 42 yards- was the Lions’ leading receiver while they once again struggled to establish a ground game after finishing with 53 total rushing yards as a team. They key now is getting back to the drawing board ahead of next week’s tough road test in Calgary.

“I have the utmost, complete faith that our team will rally and re-load,” added Claybrooks.

Added Reilly: “These are hard lessons but sometimes they’re necessary lessons. I believe that our guys are going to learn from it and take the necessary lessons away from it tonight cause that’s a damn good football team, but we’re not their yet obviously.”

Always a fearless leader, the quarterback scoffed at a question on why he didn’t take himself out of the game when it was out of reach in the final three minutes.

“Hell no. Listen, you know me too well for that. I’m going to fight with my guys until the end. We haven’t been together for very long but the time we have been together, I believe in these guys, I trust in them and I love playing with them. They’re not taking me off that field. (When) our ship is sinking out there, I’m going down with them you know what I mean? I believe we have the pieces that we need to make this thing right but it’s going to take a lot of work. It’s not just going to happen. You can’t sit there and hope. You’ve got to make it happen, so we’re going to figure out how to do that.”

This marks the first time since 2014 where the Lions drop their first two regular season games.

202- the Lions’ total offence on a night where they couldn’t hit pay dirt after their opening possession.

27-the first down total for Edmonton, compared to 15 for the visiting Lions. BC managed to move the sticks only five times after the opening quarter.

7- total number of sacks from the aggressive Eskimos defensive front.

2- the number of offensive touchdowns for the Lions in as many weeks to start the season. Both have been scored by Durant.

174- Ellingson’s receiving total to lead all players in this one. He and Harris appear to be picking right up where the left off in Ottawa.

7- the number of consecutive Lions losses in Edmonton with their most recent victory coming back in 2013. 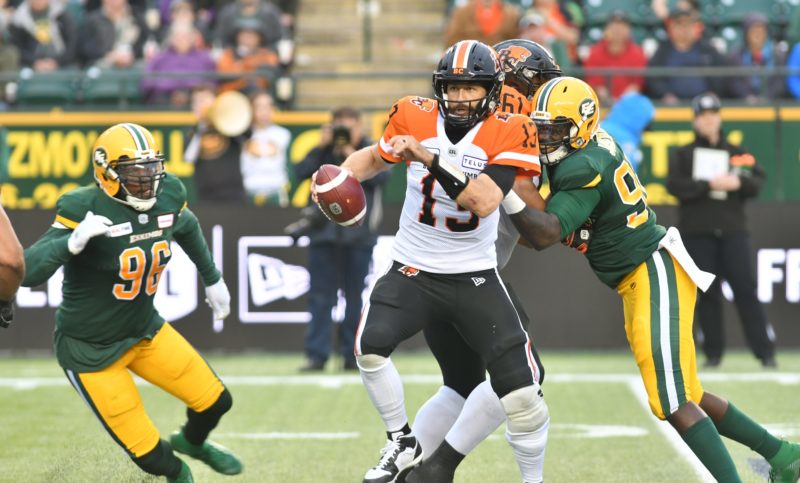 It was a tough performance for the offensive line, especially after they did such a great job protecting Reilly last week. Given the veteran presence of Joel Figueroa, Sukh Chungh and Hunter Steward just to name a few, you know they won’t respond by simply rolling over. Angry offensive linemen are the most dangerous offensive linemen.

During our weekly blitz with TSN 1040 analyst Giulio Caravatta, he insisted the Lions would win this game if they were more balanced on offence. We saw how it turned out. If the glass is half full, we saw in the early going how they can be when Reilly is able to spread the ball around.

Last word on Reilly: you simply have to admire his demeanour and how he conducted himself in the room after this tough defeat. The results aren’t there yet, but they have the right guy leading them. The franchise is in good hands.

The Lions will return to the practice field on Monday ahead of a visit to the defending Grey Cup champion Calgary Stampeders on Saturday, June 29th. Kickoff is 4:00 PM PT.