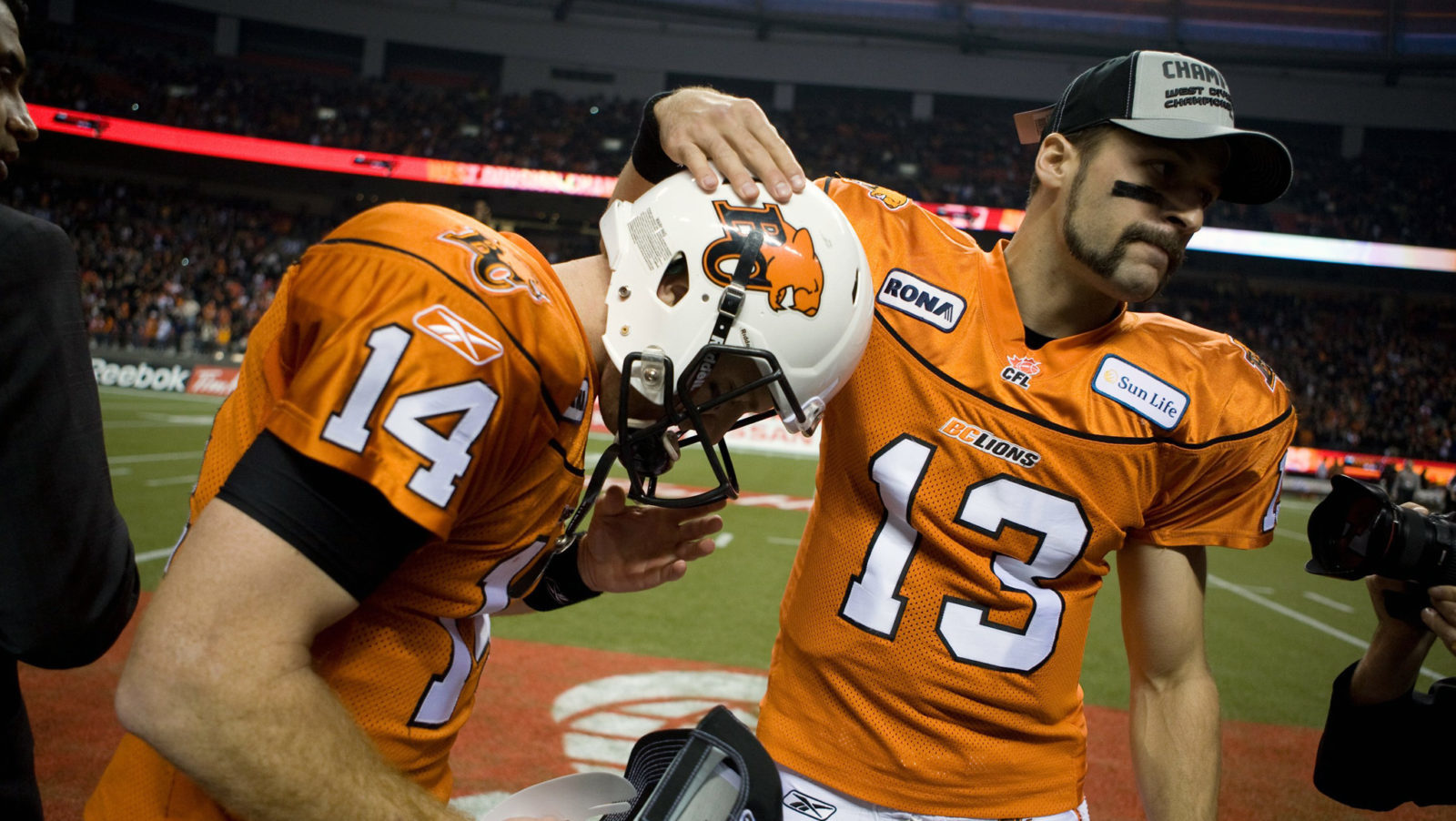 Mike Reilly and Travis Lulay embrace after defeating Edmonton in the 2011 Western Final at BC Place. Canadian Press.

They have travelled this path before. Everyone knows the story of the 2011 BC Lions. With massive pre-season expectations that came with hosting the 99th Grey Cup at a refurbished BC Place that was to be re-opened in September of that year, the squad promptly dropped their first five regular season games and sat with a 1-6 record on August 19th. We all remember what happened next.

After rattling off ten victories in eleven games to steal away top spot in the division, they handled Edmonton with relative ease in the Western Final before capping off the magical run by taking down Winnipeg in that Grey Cup at home. 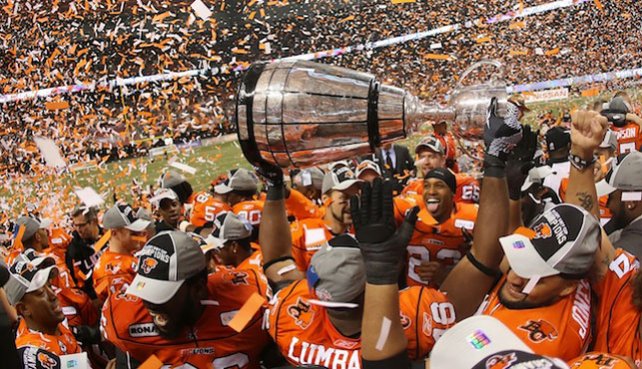 Mike Reilly was there to experience it all, earning his first championship ring while serving as backup to Travis Lulay. Fast-forward eight years and it all seems quite similar. Reilly’s return and a few other key additions on offence had many fans salivating at the thought of getting back to the Grey Cup game for the first time since that fairy-tale ending in 2011. What has followed is a 1-4 start to the campaign highlighted by Thursday night’s 33-6 setback to the Edmonton Eskimos. Every loss has now come at the hands of a division rival. How much can the quarterback and his teammates look at the 2011 story and view that as light at the end of their tunnel? In theory, they can for sure, but Reilly knows it simply can’t happen on its own.

“I do and I don’t,” responded Reilly when asks if he will look back at that run as a motivator.

“I do because I know anything is possible of course, but I also know how many things that had to go right that season for it to work out in our favour and I know how hard we had to work our butts off to do that. It doesn’t just happen.”

He brings up a good point in that regard. Many teams have to scratch and claw for several weeks just to keep their playoff hopes alive only to completely run out of gas and fall apart once they get into the dance. Maybe it speaks to just how special that group was. You can certainly argue they weren’t bad enough to be 0-5 in the first place. Looking at this current group on paper, one win in five to start things off also seems like a head-scratcher. Add in the fact they have already dropped the season series to Edmonton and it might seem like quite the monumental climb this time around. But with 13 games to play and a big home and home series with Saskatchewan next on the docket, the opportunity is there. Where do they go from here and how do they fix it? It’s anybody’s guess.

“I certainly don’t sit here and just go ‘well, we can continue to do the same thing that we’ve been doing and it will all work out because it did in 2011,'” added the quarterback.

“That’s not how it works. In 2011, we made the changes that were necessary. We fixed the Xs and Os, our attitudes and brought some key personnel pieces in that helped spur us on to that Grey Cup win. Again, changes have to be made if we’re going to have that type of success.” 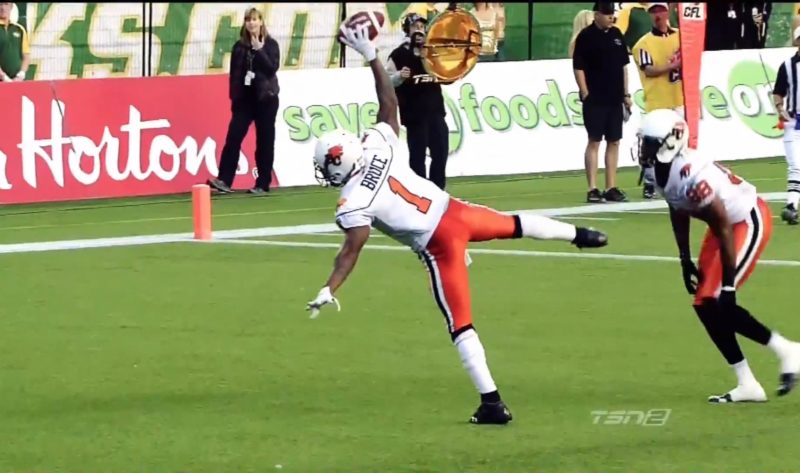 One of those players that arrived on that pivotal August 19th evening was the charismatic Arland Bruce III. He made an immediate impact by hauling in two touchdown passes in a 36-1 rout of the Eskimos in Edmonton that helped kickstart the historic run. They would lose only once more all season, a road trip to Hamilton in game 17, and it was a combination of Bruce and some of the veterans who were already there that helped the glue stick together. Reilly isn’t of the mind wholesale changes are needed to get this thing rolling in the right direction.

There have been some bright spots to focus on. Lemar Durant, with four touchdowns through five games, has provided Reilly with a solid number two target behind Bryan Burnham and shown signs he could be one of the up and coming stars at receiver in this league. In at least two of the games, John White has given the running game a dynamic it had been missing the last couple of years. 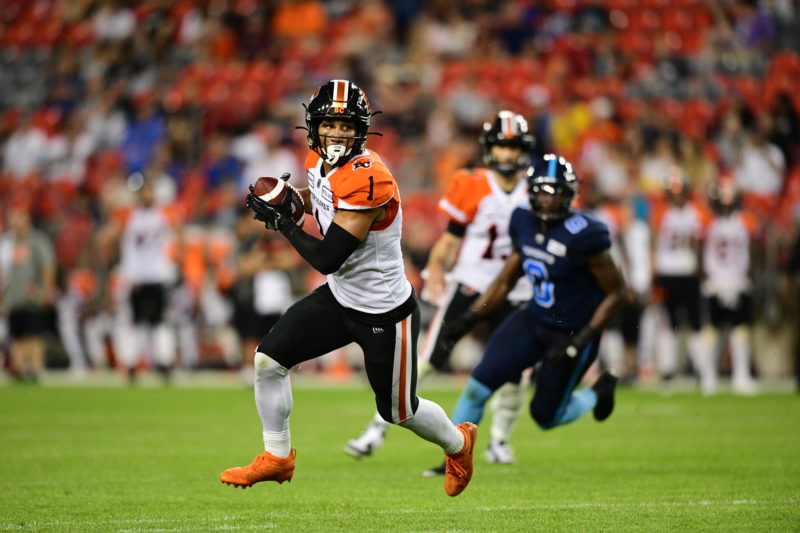 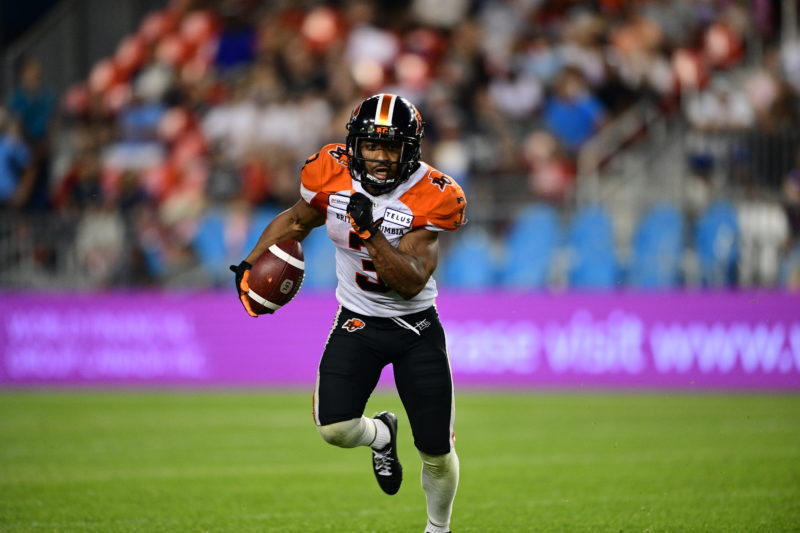 The defence, last week in Toronto the prime example, has shown it is capable of being the catalyst when Reilly and the offence struggle to move the football. As the quarterback indicated, it’s all a matter of changing their approach come game day. Now they can take advantage of the extra time before the first leg in Regina one week from Saturday.

“You can either stay the same or you can go up,” said Reilly.

“It can’t get worse than that. We’ve got two choices: either stay flat-lined or get a hell of a lot better than we were (against Edmonton).”