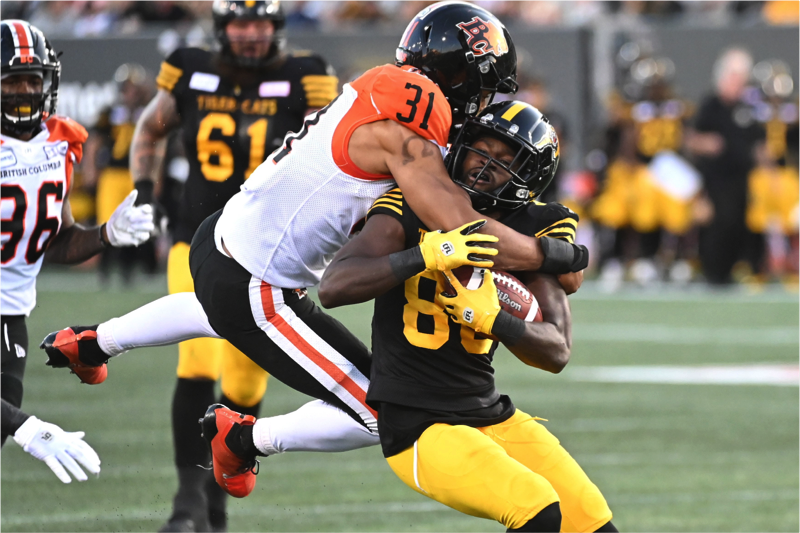 Recent history: Hamilton squeaked out a 35-34 win over the Lions at Tim Hortons Field on August 10th, erasing a 15-point fourth-quarter deficit in the process.

Vegas odds: The Ticats are listed as 4.5 point favourites with the over/under set at 47.5 points.

Any team with a 1-8 record and monumental climb to get back into the playoff race will look for some kind of positives on their remaining schedule. For these Lions, playing six of their nine remaining contests in the friendly confines of BC Place has to be a big boost.

“We’ve got the greatest fans in the league and they’ve been supporting us,” said head coach DeVone Claybrooks.

“We understand that we’ve got to win one at home and we’d like to give them a show. That’s our mindset, to go 1-0 this week and put on a good show in front of our fans.”

After posting a CFL-best 7-2 home record in 2018, the squad has dropped each of its three contests at BC Place this season with the closest result coming by ten points in the season opener against Winnipeg. Now they know the tide must turn.

“It’s always fun to play at home in front of your home crowd and for another team to come out here from out east or wherever that’s a trek and it’s a trip. We want to take advantage of that and take advantage of the situation that we’re blessed to be in and it’s great weather in Vancouver,” explained the head coach.

The Ticats’ improbable victory two weeks ago would never have been if not for a couple of huge plays in the return game. Frankie Williams took a kickoff 108 yards to the end zone in the first half, then returned a punt to the Lions’ 23-yard line to set them up for the winning touchdown. Sandwiched in between was another touchdown return called back due to a penalty. You get the picture by now: Jeff Reinebold’s unit is always fired up to make plays when they count. Wayne Moore says the key to turning it around on teams is not to get too caught up in what the opposition is capable of.

“When the game comes, we have to remain true to ourselves. We know what we can do and we know what we’re capable of. We’re not focused on how dangerous they are. Obviously, we respect them, but we’re focusing on maximizing our own kicking game.”

To a man, they know they can’t allow special teams do be a difference. If not for some big returns allowed or a key onside kick executed by Calgary back in week three, the record would be what it is.

“It’s an extra emphasis on special teams and all of the phases, actually, ” added Claybrooks.

“We have to get more control in our kick placement and those type of things in our game and we have to make sure we block it up because we got a dynamic returner (Ryan Lankford). If we give him a crease, he can take it. So we need to take advantage of that.” 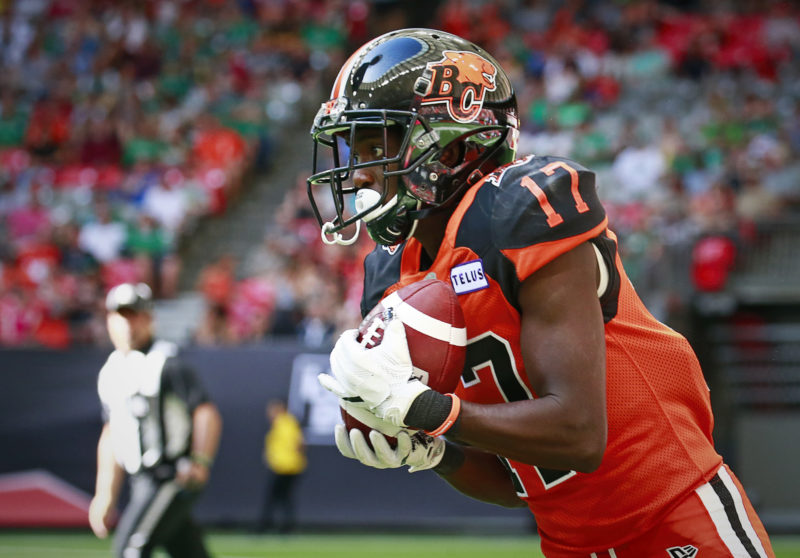 He has been known as one of the tougher players in this league for quite some time. So it goes without saying, the impact Mike Reilly has had on the rest of his teammates has been quite significant as they look to gel together for the second half. The fearless quarterback has been hit many times. In a few cases, he has refused to leave games. Now the rest of the men in that offensive huddle are ready to help him reap the rewards.

“It’s huge. You can just feel his energy and what he brings to the team,” said receiver Lemar Durant.

“I know there are some hits he took where it was like no way he’s coming back from this and he just pops right back up. For him to be doing that year in and year out, I’ve seen it before when I’ve played against him, but when you’re on the team and you actually are there to feel what he’s going through, that’s impressive. My hat is off to him. I’m happy to have him as a leader on my team.”

Despite the win/loss record and amount of times he has gotten hit, Reilly is still second in league passing with 2,151 yards, trailing only the Eskimos’ Trevor Harris.

New defensive end Jonathan Newsome will suit up behind Odell Willis. Newsome was signed early in the week after being cut loose by the Ottawa Redblacks in late July. Claybrooks also expects Newsome to play a role on special teams.

The Lions will look to avoid their first six-game losing streak since 2010 after they won their opener that season. They have not started 1-9 since 1969.

The Ticats have not swept BC in a season-series since the 2011 season where the Lions loss at old Ivor Wynn Stadium was their final defeat before going on to hoist the Grey Cup one month later.

Turnovers the key? Hamilton comes into this contest with a CFL-best plus-11 turnover ratio and is an impressive plus-9 over their last five games alone. The Lions were able to get back into last week’s game in Winnipeg by virtue of a couple of key interceptions in the opening half. Let’s hope they can build off of that.

TSN 1040 has you covered, beginning with the pre-game show at 5:00 PM. Bob Marjanovich and Giulio Caravatta have the call at 7:00 PM. Viewers can watch on TSN 1 while Lions fans south of the border can stream it on ESPN+. Viewers across the pond in the UK and Ireland can watch on BT Sport. 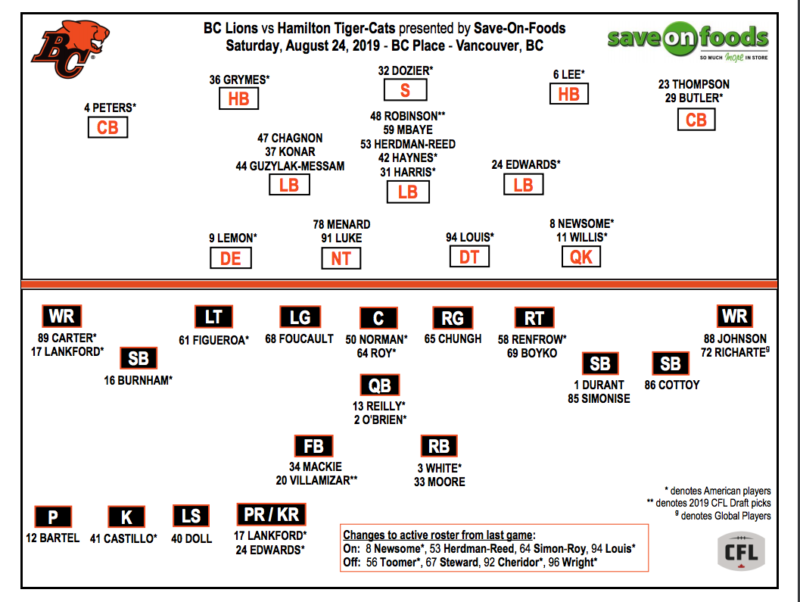