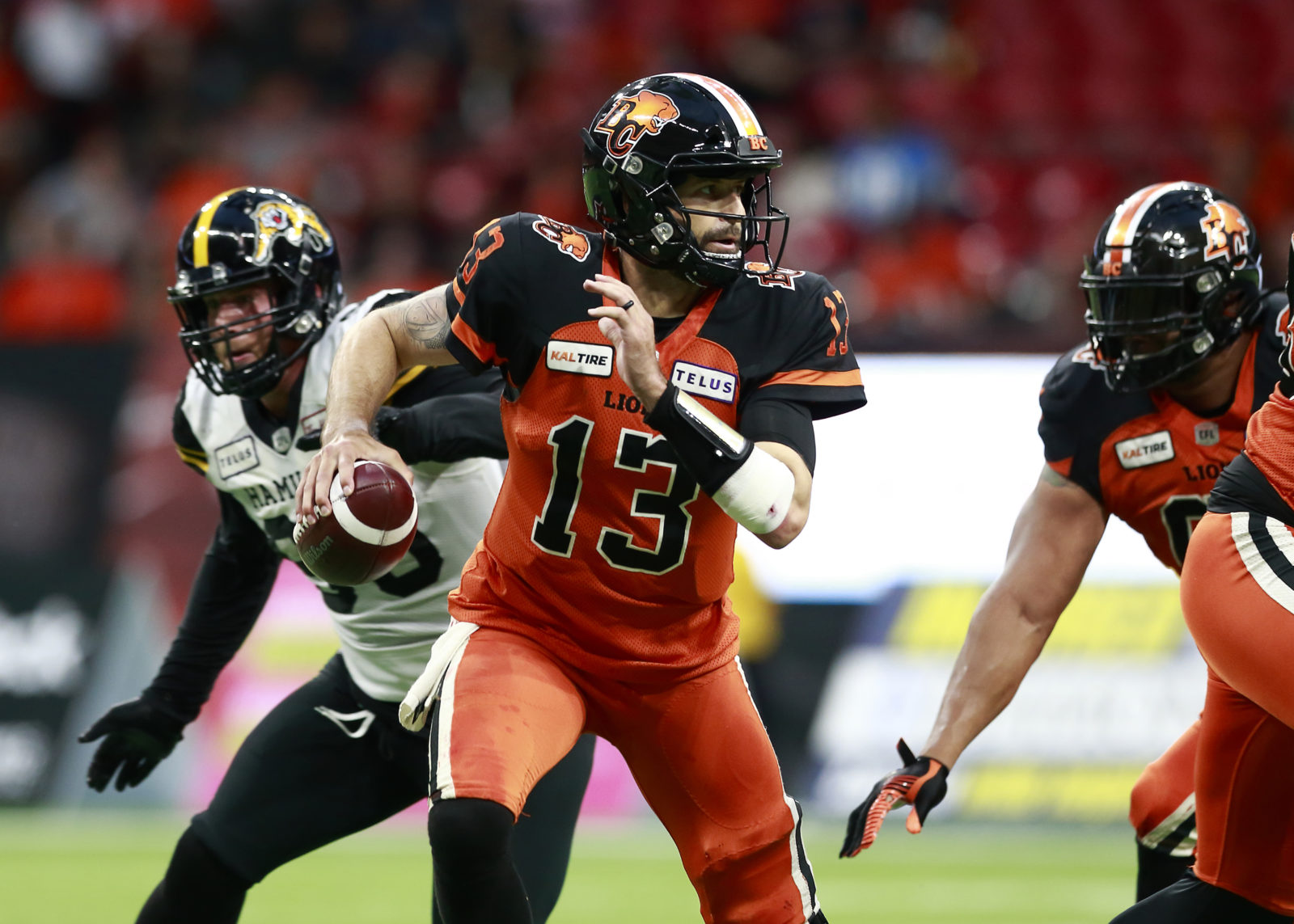 VANCOUVER, BC - AUGUST 24: The Hamilton Tiger-Cats play the BC Lions in their CFL game August 24, 2019 at BC Place in Vancouver, BC. (Photo by Jeff Vinnick/BC Lions)

It was a defensive struggle for the better part of three hours. And for the hometown BC Lions, they will once again be left scratching their heads after three or four key plays went in favour of the opposition.

The Hamilton Tiger-Cats (8-2-0) intercepted Mike Reilly twice in the end zone and successfully read a fake punt attempt by the Lions early in the second half en route to a 13-10 victory at BC Place on Saturday night.

This loss dropped the Lions to 1-9-0 in what continues to be a season that has left many inside the locker room wondering what they have to do in order to turn the tide.

“We had a little trouble at the start getting the ball into the end zone. We had good drives, we were backed up, some penalties kind of hurt us as well. It just sucks when you start the game like that, then have good drives to get you out of the hole and then you can’t finish. We really just have to focus on the finishing part and with that comes the little details.”

The game was tied 3-3 Tiger-Cats backup David Watford scored on a one-yard quarterback sneak with 5:55 to play in the third quarter. Hamilton’s only major of the night came after that aforementioned fake punt where Ryan Lankford was stopped well short of the sticks after a toss from punter Josh Bartel. The turn of events set the visitors up at the Lions’ 38-yard line.

“We were trying to generate a play, we actually had numbers to the field and the call was supposed to be if Lank got in trouble, he was supposed to kick it,” explained head coach DeVone Claybrooks.

Another potential turning point came late in the first half when the on-field officials missed a clear fumble by Hamilton’s Frankie Williams on a punt return. That one would result in a field goal and Hamilton’s first points of the night before the break. Claybrooks said head referee Andre Proulx admitted the mistake and apologized as they were walking off the field. Still, they won’t use it as an excuse.

And with the club’s second bye week now looming, Claybrooks will look at everything as he tries to salvage something out of his first season as the sideline boss.

If there is a positive to take in this one, it’s the fact they didn’t quit. Garry Peters’ second interception of the night led to a touchdown reception for Bryan Burnham with 31 seconds to play. After they narrowly missed recovering the onside kick, it was lights out.

Even with the losses piling and the clock ticking on their 2019 season, the players will still return from their week off with the mindset they can make something happen.

“I’m going to be honest with you, we all have the belief in this locker room that we can turn it around,” added Johnson.

“It’s  just a matter of getting those little details fixed and having everybody on the same page.”

Quarterback Mike Reilly finished 21/31 for 286 yards, the touchdown and two key interceptions. Running back John White left in the first half with an ankle injury. Claybrooks said he will be re-evaluated throughout the bye week.

Up next after the bye is a trip to Montreal on Friday, September 6th.

7- the number of sacks for Hamilton, three of those coming from Dylan Wynn. The Ticats pressure didn’t skip a beat after Adrian Tracy suffered an injury in warmups.

4- the number of no yards penalties committed by the Lions, all of the 15-yard variety.

287- the Ticat’s total offence in what was perhaps the best performance all season from BC’s defensive group.

34:26- Time of possession for the Lions, yet another case of not having anything to show for it. 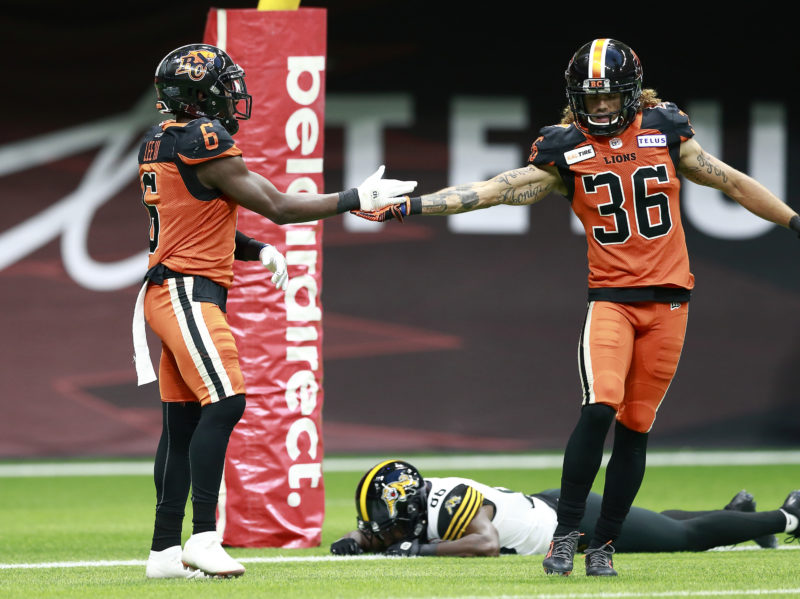 White’s injury meant more touches out of the backfield for Wayne Moore who finished with 96 all-purpose yards. While the wins may not be piling up, it’s important to know they have depth in key areas should situations arise like this.

Hat tip to Jevon Cottoy who continues to demonstrate he has been a solid find by GM Ed Hervey and his scouting crew. Could we be witnessing the next great Canadian receiver for this franchise? Cottoy finished with five catches for 56 yards.

The line of scrimmage was key again in this one. Not only when talking about the Lions’ offensive line, but the Ticats did an excellent job of both pressuring Reilly and stopping the run game.

Another game, another ode to Reilly the warrior. Eventually, that trickle down to his teammates is going to will them to a winning streak.

The football Gods. You have to think they don’t exist. If they did, how do they lose a game like this one?