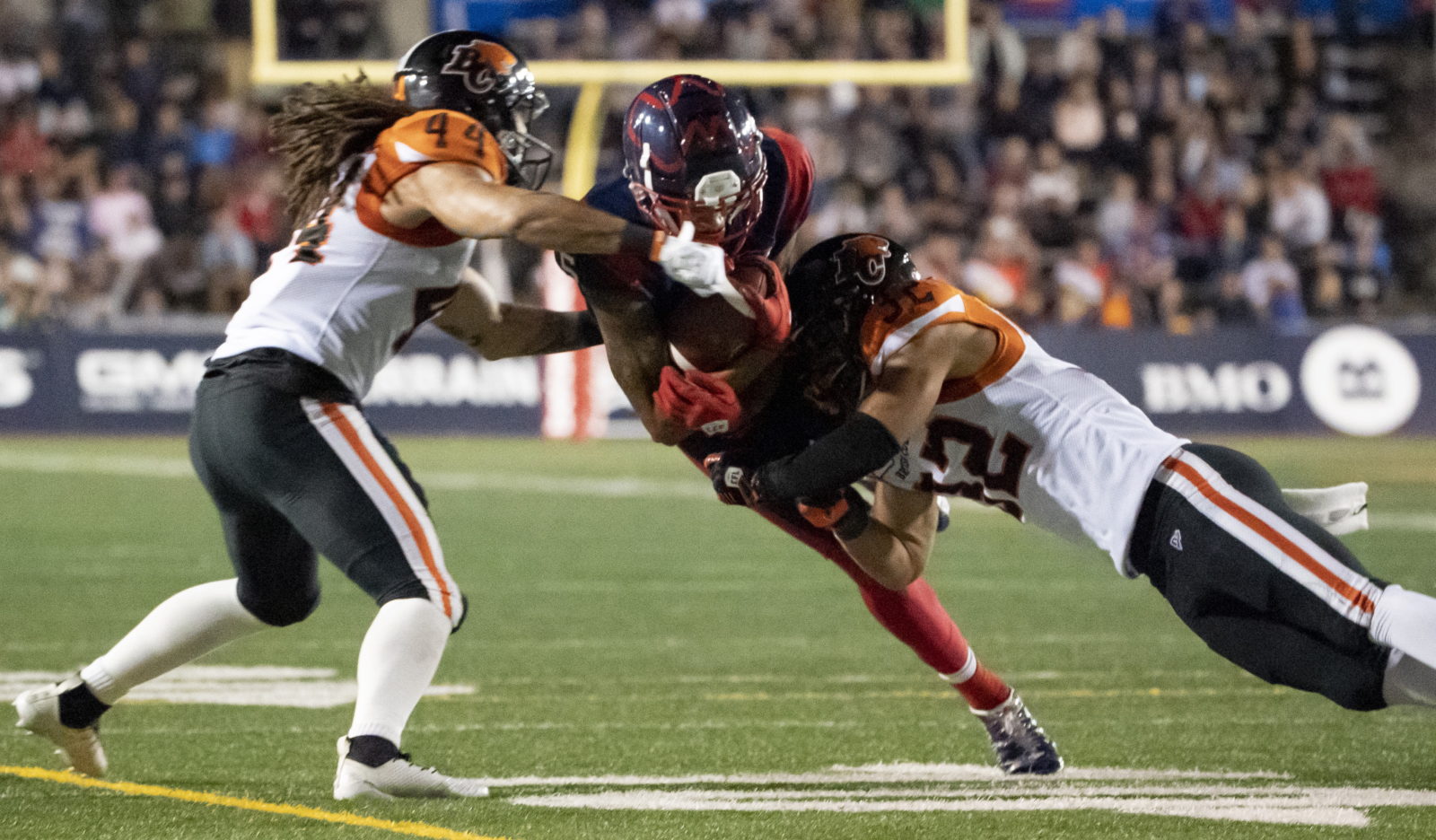 Montreal, Que-  They snatched the momentum away before halftime and looked like they were ready to get that elusive second victory. But once again, they let it slip through their fingers. Vernon Adams Jr. hit Quan Bray for the eventual winning touchdown with 8:02 to play and the Alouettes defence held their own on a couple of key red zone drives and would hang on to defeat the BC Lions 21-16 in front of an energized crowd at Percival Molson Stadium.

The loss drops Mike Reilly and company to 1-10 and extended their losing streak to seven games, something that the franchise hasn’t experienced since a forgettable 1992 campaign where they started 0-8.

“We had a couple of breakdowns here and there and not glaring issues, things that I think are pretty easy to clean up but necessary, you know,” explained Reilly.

“I thought they played a good game too but we knew it was going to be that way against that defence. You like at the drives we had, with the exception of our touchdown drive that we had really had good field position and it took us three plays with a great catch and run by Burnham, all the other possessions that we had, going down and kicking field goals or  finishing with a punt were six, eight, twelve play drives. You’re not going to get drives against these guys that are four or five plays generally. You’re going to have to be consistent. That’s what you have to do to win.”

The quarterback finished 20 of 29 for 230 yards and the touchdown strike to Bryan Burnham that cut Montreal’s lead to 14-7 at the half. When Garry Peters came up with an end zone interception to prevent the Alouettes from getting more points before the break, you really got the sense this was the Lions game to win. Like we’ve seen so many times, a couple of key plays for the opposition at key times were the difference. The visitors will be kicking themselves for having to settle for three Sergio Castillo field goals, two of them coming from 19 and 26 yards before the key Bray touchdown

Although it was not the result they wanted, head coach DeVone Claybrooks had some good things to say about a defence that settled down nicely after a couple of Alouette touchdown drives in the second quarter.

“The defence did a good job of controlling for a good portion of the game there,” he said.

“The difference in the game is we get in the red zone twice and they hold us to three and I mean, even if we score on one of those, it’s a totally different outcome of the game. We understand that and that’s some things that we have to clean up. Again, there are some positives.”

And all they can do is look to build on those with seven games left to play and the already low playoff hopes dwindling week by week.

Still, these are professionals and they won’t simply pack it in.

“I think anybody associated with this team; players, coaching, management, (the) fanbase, nobody likes losing. We’re sick of that feeling but I’m glad to see that the guys aren’t okay with it. There is still a lot of fight in those guys left so I don’t think there is anybody pointing the finger because they know the guys care and they’re showing up to work and trying to figure it out, but it’s just not happening right now. We’ve got to find something new.” 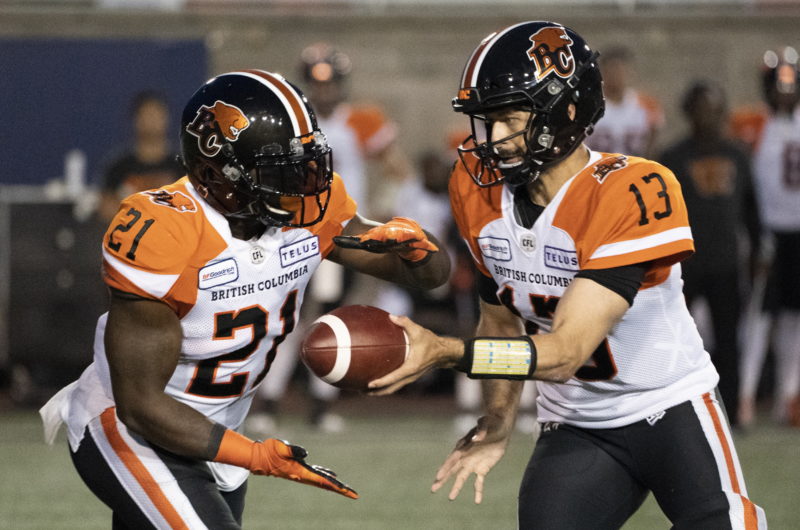 129- Burnham’s receiving yard total. It’s the fourth time this season he has gone over 100 in a game.

848- Number 16’s total receiving yards on the season. He’s well on track to crack 1,000 for the fourth time in five seasons.

102- yards from scrimmage for Brandon Rutley who played a big role in helping the offence with their balanced attack.

34:33- the Lions time of possession, yet another week where they controlled this category yet come up short.

2- turnovers commited by the improved Lions defence, Peters’ interception and a big stop on 3rd and short that gave Reilly and company another chance with 25 ticks on the clock.

0- the number of 1st downs for Montreal in the third quarter.

Credit to the Alouettes for being aggressive in two big situations: the first was a 3rd and 2 they converted on with an Adams completion to DeVier Posey when they were on the Lions’ 32-yard line and opted against a field goal attempt. It would eventually set up Montreal’s first major. The second was a 19-yard completion to William Stanback that set them up at the 22-yard line before the winning score.

We predicted Adams would make life tough for the defence if he was given too much time and that was evident in both the second and fourth quarter. David Menard registered the Lions’ only sack in this game.

Whether it was tonight or four weeks ago in Hamilton, you have to commend the coaching staff for making second half adjustments and completely controlling the third quarter. As we know, if it doesn’t translate to wins then not worth celebrating too much.

The Lions are back home to take on the Ottawa RedBlacks on Friday, September 13th in the first of a home and home series. It is a 7:00 PM kickoff at BC Place.