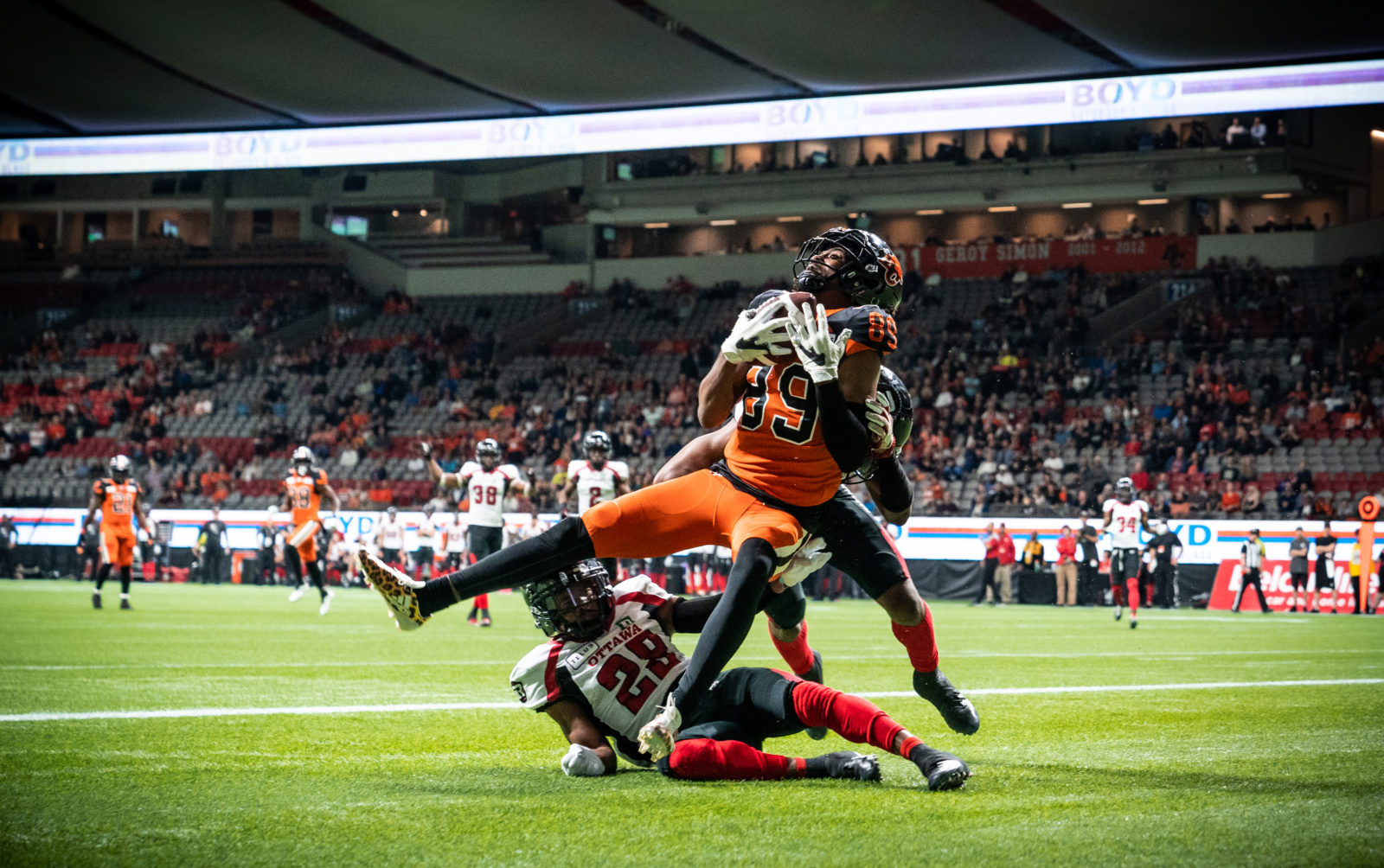 Outdoors, it was a rainy and dreary Friday the 13th. Inside BC Place, that would only prove to be a bad omen for anybody wearing red and black. The hometown Lions came out like beasts that had been confined to a cage for the last several weeks and for Mike Reilly and company, it translated into the long-awaited second victory of their season.

The quarterback finished 20 for 29 and 286 yards a pair of touchdown strikes, plus ran for two majors of his own as the squad cruised to a 29-5 victory over the Ottawa RedBlacks on Friday night.

The win snapped a seven-game losing streak for a Lions team that won’t give up until it’s over, no matter how stacked the playoff odds are against them with six games to play. They will take more motivation from the fact they still left a lot of plays and points out there.

“We’re not satisfied at all with this,” said Brandon Rutley who finished with a career-high 111 yards on the ground.

“Obviously, we’re happy we got the win but there was a lot of things we left out there. At halftime, Mike acknowledged that. He said, ‘hey, I threw an interception but you fumbled.’ Those things can’t happen when you want to be successful. We left 20 points out there for sure. We have to be more disciplined if we want to run away with games.”

The offence engineered a five-play, 68-yard drive to start the game with Reilly hitting Lemar Durant for the opening score. Before the first quarter ended, Duron Carter caught his first touchdown as a Lion to officially open the floodgates. As Rutley eluded to, it could have been more than a 21-0 lead at the break if not for a couple of key turnovers that temporarily stalled the momentum.

“It felt really good to finally get a win at home, a convincing one at that,” Reilly said.

“I think probably the coolest part was the way that I felt and the way the rest of the guys felt in the locker room. You could tell, they certainly were not content because there was a lot of concentration on being happy about a win but also knowing we left a lot of stuff out there based on mistakes we had made.”

On defence, it was a major statement for a unit that took their fair share of the blame throughout the first half of the season. Garry Peters and company made life miserable for ex-teammate Jonathon Jennings and refused to allow them to find the end zone, a major exclamation point coming with a goal-line stand in the fourth quarter to seal it. Peters also had his second interception in as many weeks.

“We’ve got a lot of prideful guys on that defence,” said Peters.

“We have veteran guys, guys that have been all-stars. Everybody is just focused on staying on top of everybody and we never want to give them no points, whether they’re on the one-yard line or negative yard line. That’s just what we’re focused on as a defence. We were able to stop them on third down and it was big.”

The pride has been there all along. Now that will be put to the test when they aim for their first two-game win streak of the season.

“We’ll take it one game at a time. It’s one win, two for the season,” explained Reilly.

“We have to play better than we did tonight if we want to win the next one.” 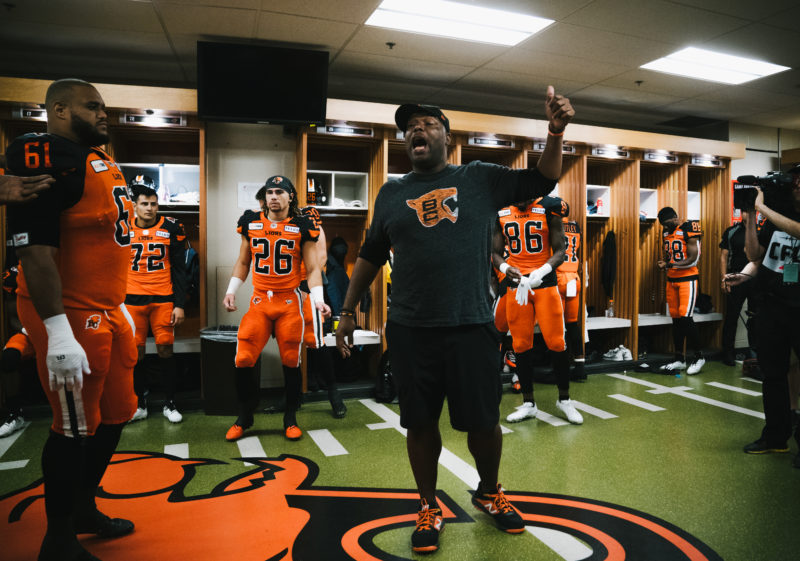 BC Lions head coach DeVone Claybrooks in the locker room before the CFL game between the Ottawa RedBlacks and the BC Lions at BC Place Stadium in Vancouver, BC, Friday, Sept. 13, 2019. (Photo: Johany Jutras / CFL)

0- sacks allowed by an improved Lions’ offensive line. It is their first game this season where they didn’t give up a quarterback takedown.

30, 556- career passing yards for Reilly as he passed both Tom Burgess and Sam Etcheverry into 15th on the all-time CFL list.

100- the number of passing yards for Reilly in the first quarter to go along with those touchdown strikes to Durant and Carter. He completed all but one of his six passes in that opening 15 minutes.

111- a career-high rushing yard total for Brandon Rutley who once again ensured the offence was a well-balanced attack.

3- turnovers forced by the Lions defence. Interceptions by Peters and Brandon Dozier plus the big stop on downs to stick a fork in Jennings and the RedBlacks.

330- the number of days that had passed since the Lions’ most recent regular season victory at home.

It was the proverbial ‘monkey off the back’ for the entire team, but particularly Reilly and Carter. The quarterback has worn the brunt of this 2019 slump while Carter has had his fair share of criticism for his play. He likely would have had a second major if not for a pass interference call in the end zone before Reilly’s one-yard plunge to end the third quarter. He also narrowly missed what would have been a highlight-reel end-zone grab in the fourth.

If you happened to watch our keys to the game, the home side executed number one to a key. That was to capitalize with touchdowns instead of field goals.

Hat tip to the offensive line. They have responded well to the addition of Kelly Bates as coach and were full marks for keeping Reilly upright all night long.

We’ve talked about some of the improved pieces on defence for the last few weeks. One of those in this one was second-year linebacker Isaiah Guzylak-Messam. The Laurier product led all Lion defenders with eight tackles and also sacked Jennings once.

The same two teams will meet next Saturday, September 21st in the Nation’s Capital. It is a 4 PM kickoff from TD Place.