Guzylak-Messam Puts On The Hard Hat 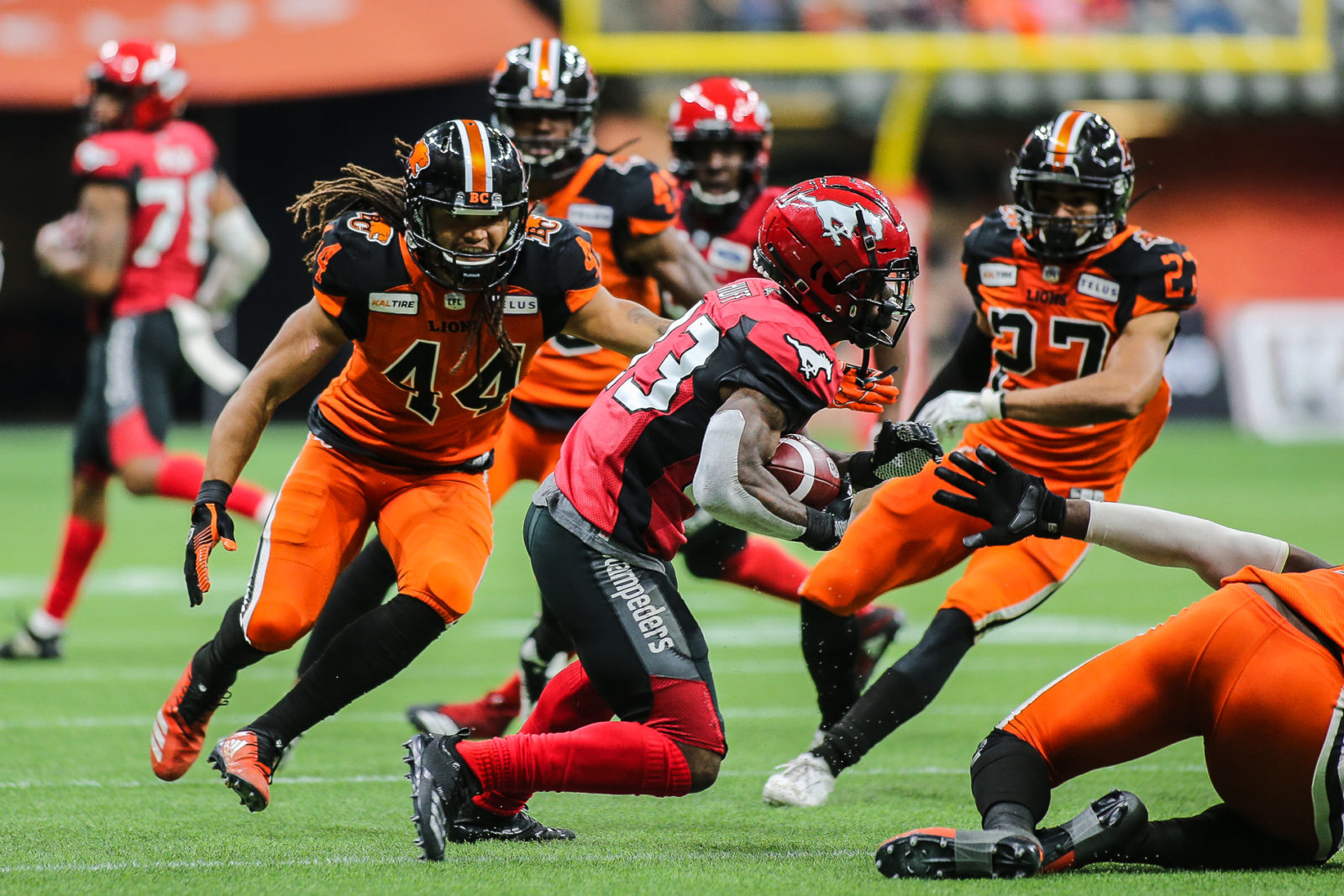 Guzylak-Messam Puts On The Hard Hat

He had to wait a full season and change for the chance to truly show what he can do on defence. And all Isaiah Guzylak-Messam has needed to point to for motivation is his father Derrick. Growing up in Hamilton, the Lions’ young linebacker had a front-row seat to the hard-nosed, lunch pail mentality of Steeltown. It was after Derrick injured himself in a workplace accident when Isaiah truly saw what his dad was all about. He nearly tears up when he recalls what Derrick went through.

“Like a lot of our dads in Hamilton, he worked in a factory. He hurt his shoulder pretty badly,” recalled Guzylak-Messam.

“He fought through it, but it was tough to see. It was great that he rose above it and found a way around all the issues that came with it.”

At that point, the young Guzylak-Messam already knew he wanted to strap on the pads for a living. Growing up going to Tiger-Cats games played a big role in that and also told him there is a benefit to putting on the hard hat and showing up with some grit.

“We had like a mini-CFL PeeWee league and my team was actually called the BC Lions,” he recalls with a chuckle.

From there, it was on to Wilfred Laurier where he majored in Biology and helped the Golden Hawks win a Yates Cup in 2016 and was selected to play in the U Sports East-West Bowl in 2017. The Lions called his name in round four of the 2018 CFL Draft.

“It was surreal to get the call,” remembers Guzylak-Messam.

“If I was going to be selected anywhere, I’m glad it was here. I was a huge fan of Geroy Simon growing up and it felt cool because of the team I played on in PeeWee.”

But like most Canadian rookies, he had to wait for his time to shine but made the most of his opportunities on special teams once he debuted in August. He wound up dressing for the rest of the regular season and Eastern Semi-Final loss in Hamilton where Derrick and his mother Lillian cheered proudly.

Fast-forward to year two and Guzylak-Messam has now started five games at the WILL linebacker spot. He also led all Lion defenders in tackles and recorded his first career sack during Friday’s convincing win over the Ottawa RedBlacks. Not bad for a guy who was drafted as a defensive back.

“I’ve always been patient,” he said.

“It sounds cliché, but it’s all about going through the process. It was the same in college when I tore my ACL and missed a year. I had to go through it then.  You have to believe in yourself and trust that the process will work in your favour.”

And after a few weeks of not being able to make key stops.  it appears the juggling has started to pay off for the coaching staff.

“Mess came in as a defensive back but he’s a bigger DB and now he’s trying to learn how to play the WILL linebacker position,” said DeVone Claybrooks.

“Every day is a new page for him and it’s a new feel. You can see him reaping the fruits of the labour. He fits for the position and he works hard at it. Every game, he’s showing up more and more. Being a DB, he can cover any back. He’s a pleasure to coach.”

He’s just one example of guys being thrust into new positions on this improving defence. Now the challenge is to build off the momentum after getting that elusive second victory of the season.

“Getting that win is just good for everybody in this building, especially after the way we’ve lost a couple of those games this season,” explained Guzylak-Messam.

“I think as a defence we’re starting to understand the new system as a whole and what everybody else’s job is along with our own. As a result, we’re clicking as a unit and starting to fly around and make more plays. That’s what I’m trying to do as well. I’m of the mind I have to be better every week, no matter what happens.”

He plans on playing the game for as long as he can, but that hasn’t stopped him from getting a head start on life after football. Guzylak-Messam has aspirations to become a personal trainer and is also going to return to Laurier this winter for some Psychology courses, another passion of his.

“I’m two classes away from getting my Minor in Psych. I’ve always been interested in how the brain works and have loved science for as long as I can remember.”

For now, the science of chasing quarterbacks if foremost in his mind. His parents have thoroughly enjoyed watching from the stands and their home in Hamilton.

“I think they lose their minds watching on TV so it’s cool to see how excited they are.”

And he’ll always look back at Derrick’s work ethic when the times get tough.