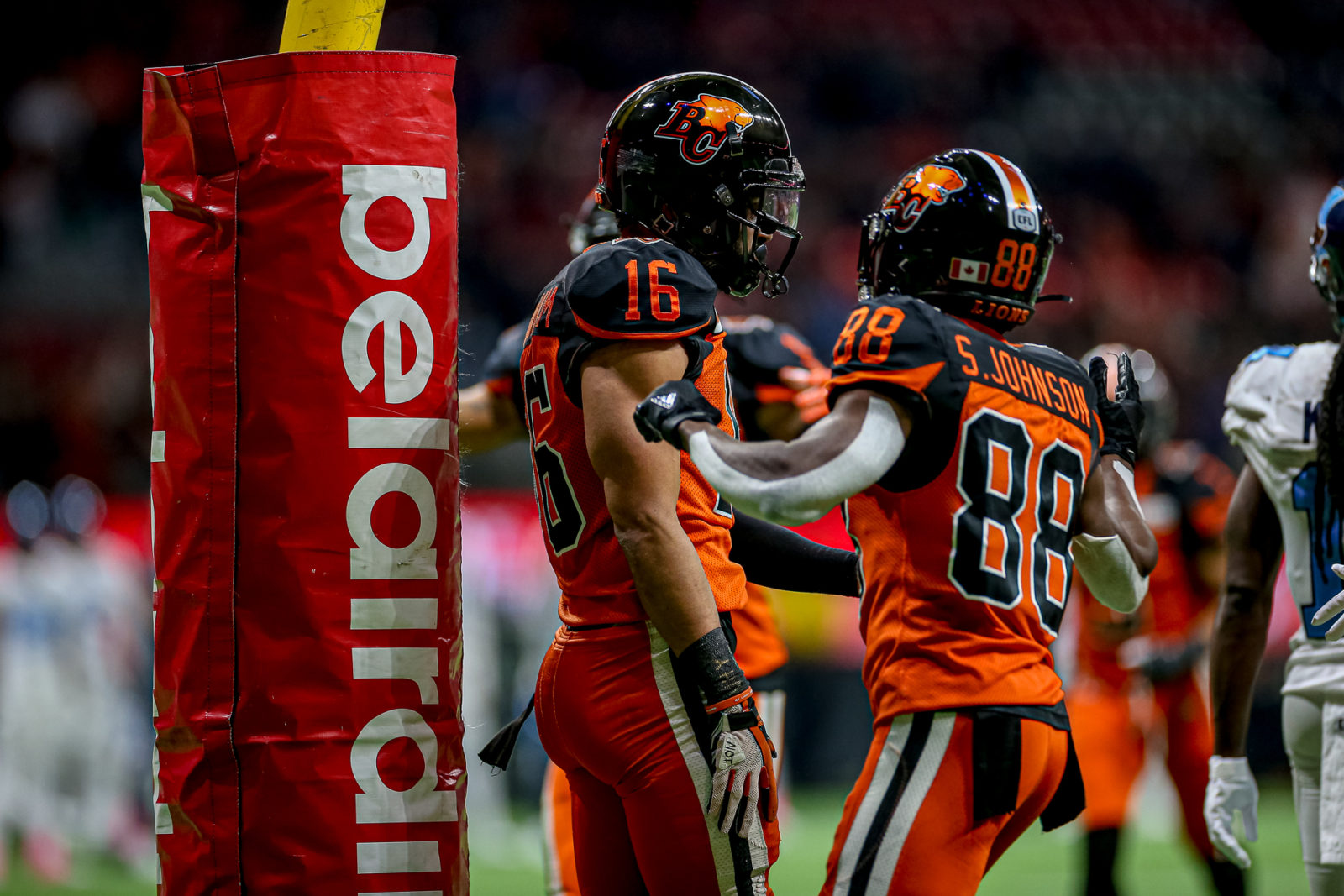 They’re still breathing. And that’s thanks in large part to the Bryan Burnham show. The CFL’s leading receiver caught two touchdown passes as part of an opening quarter that saw the home side come out like beasts that had been locked in a cage. He then added a highlight-reel score in the third quarter as the BC Lions (5-10-0) cruised to a 55-8 win over the hapless Toronto Argonauts (2-12-0) on Saturday night.

The result kept Burnham and company very much alive in the race for a crossover playoff spot. They move to within four points of the Edmonton Eskimos with a critical matchup next Saturday in Edmonton. For now, they will saviour their most complete effort of the season before going back to work on Monday as their playoff dream extends for at least one more week.

“Man, that’s BC Lions football,” said Burnham after the win.

“That’s what we’ve been capable of all season, it took some time but we’re coming together at the right time. We can’t worry about what anybody else is doing but we’re going to keep winning and it feels good.”

As for his habit of continually coming down with receptions that should be reserved for the Sportscentre Top Ten? In classic Burnham fashion, he credits those around him.

“Practice. And not just this year. Years and years of practice. It goes back to being a little kid and waiting for my dad to get home from work so we could go outside and I can tell him to throw it as far as he could and I’d go catch it,” explained Burnham.

“Concentration, focus and having a great quarterback that has trust in you to go make a play.”

Mike Reilly finished with 276 passing yards and also added touchdown passes to Shaq Johnson and Duron Carter to give him a career-high five on the night. John White did his part out of the backfield, rushing for 121 yards and setting the offence up with great field position.

“I thought it was a great team win,” said the quarterback.

“I thought the offensive line played phenomenal again and got the run game going. John was able to run down hard again. None of those circus catches happen if I don’t have time to put the ball up and that doesn’t happen without the offensive line.”

A big reason for the first half explosion was another outstanding performance from both the defence and special teams units. TJ Lee’s interception off a tipped James Franklin pass on Toronto’s opening play from scrimmage led to Burnham’s first major, while a Garry Peters fumble recovery set the stage for number 16’s dynamite, one-handed catch in the corner of the end zone to put them ahead 17-0.

“Momentum is huge, especially in football. So for us to get a pick on the first play of the game, then the second play of the game, a fumble recovery; we only played four plays on defence in the first quarter. We’re just playing off of them (the offence) and they’re feeding off of us. There is no pressure out there when you’re making plays like that.” 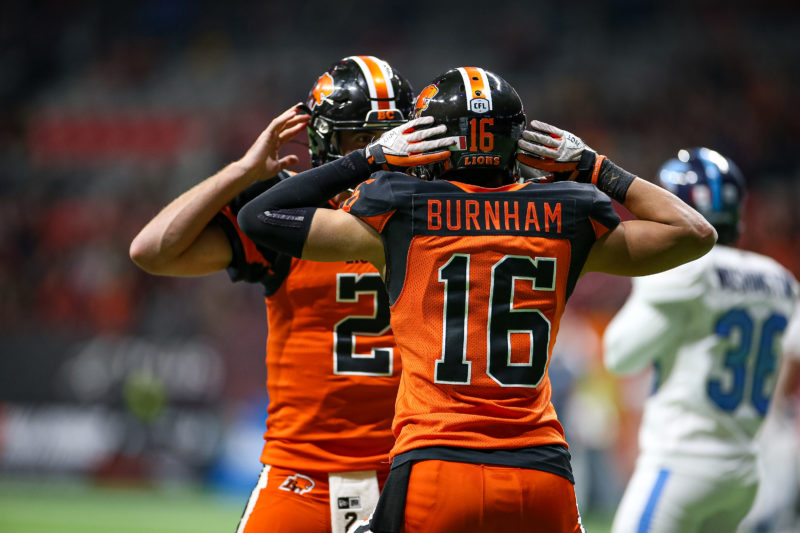 Then in the second quarter, an ill-fated attempt by Chris Rainey to attempt a lateral on a kickoff return was recovered by Jamel Lyles on the one-yard line. That turn of events would set up Danny O’Brien’s second one-yard touchdown plunge and the Lions were off and running with their biggest home halftime lead in franchise history: 34-0.

McLeod Bethel-Thompson replaced Franklin at quarterback for Toronto early in the second half and spoiled the Lions’ bid for a shutout when he hit Armanti Edwards in the end zone with 31 seconds on the clock.

Now as they get ready for their next must-win contest, the belief in that room is real.

“It just takes one win in a certain manner to get the guys’ confidence and get the belief. The ability has always been there but when you play with confidence you’re a much different team. That doesn’t mean you’re going to win every game but it means you’re going to have a much better chance.”

Added Burnham: “We’re going to enjoy this one tonight but tomorrow it’s back to work because we’ve got a tough team coming up, in their house. They’ve been a tough team all season so we’ve got our work cut out for us.”

The ‘1-0 this week’ mindset. It’s been the perfect formula these last four games.

145- Burnham’s receiving yard total in this one.

455/167- the difference in total offence between the two teams tonight. The Argonaut quarterbacks combined for just 15 completions and 126 passing yards.

0- the number of Argos first downs in that opening quarter where the defence was only on the field for four plays.

0- the number of sacks allowed by the stout Lions’ offensive line. They opened plenty of holes for White to run too.

1- the total punts for Josh Bartel in the Lions. It came late in the fourth quarter before Toronto managed their only points of the game.

You have to credit the players and Claybrooks for quickly understanding the importance of moving on and preparing for Edmonton. That work for next week has already begun.

One simply must wonder if the Argonauts were playing like a team whose fate was already sealed. Their slim playoff hopes officially died earlier in the day when Montreal defeated Calgary.

Going into this season, the squad made a point of trying to have a more physical presence from their running game. John White and Brandon Rutley when he’s played have both delivered on that front.

What can you say about the job Lyles has done on special teams? He was oh so close to scoring a touchdown on his fumble recovery.

Outdoor October football in the prairies with the season on the line next week: Does it get any juicier than that?

The Lions will aim to move to within two points of the Eskimos when they invade Edmonton next Saturday, October 12th. It is a 4:00 PM kickoff from Commonwealth Stadium.