BC Lions Raise Over 12,000 Pounds For Local Food Banks 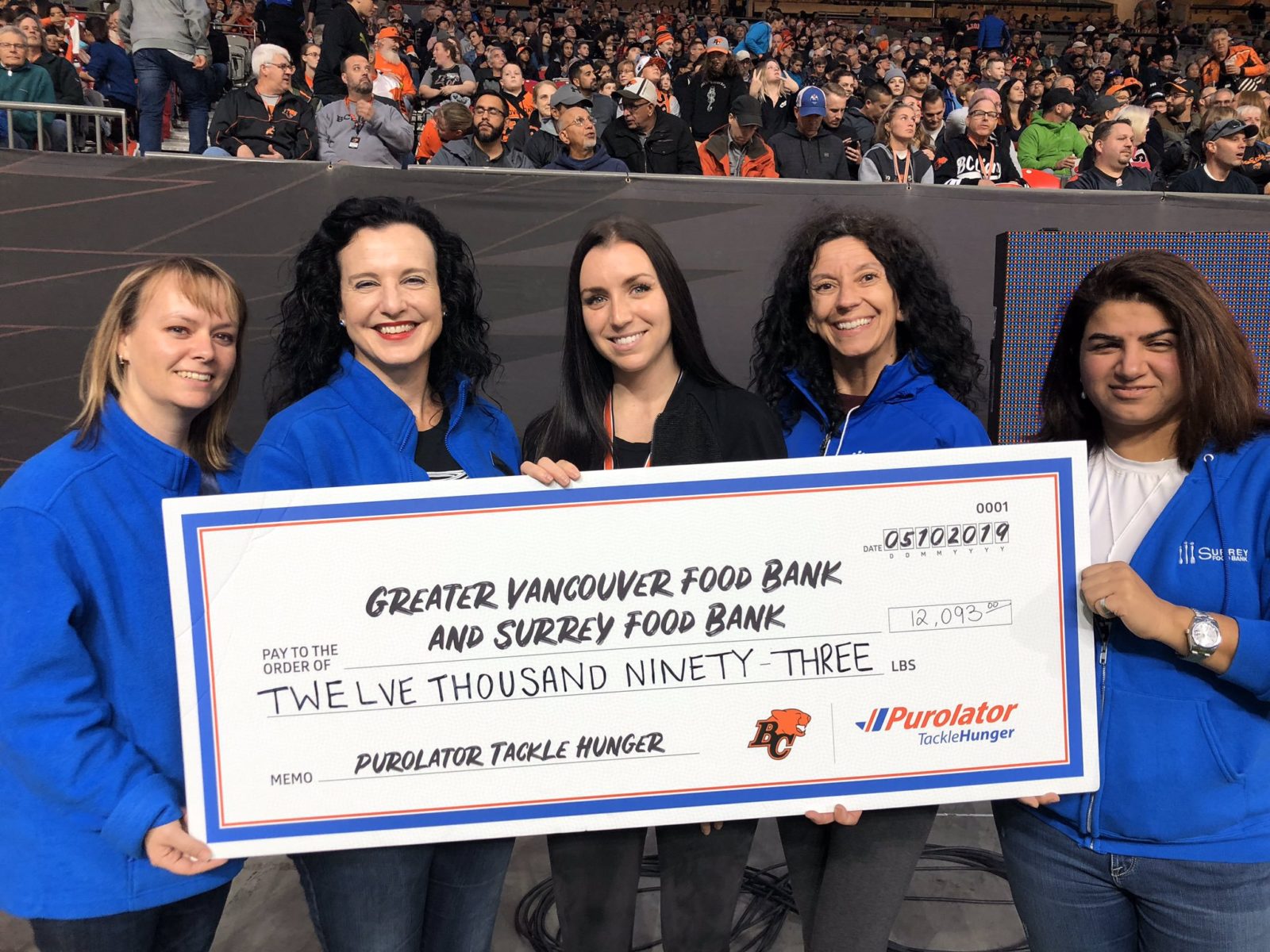 BC Lions Raise Over 12,000 Pounds For Local Food Banks

Vancouver, BC- The BC Lions Football Club won big both on and off the field over the weekend.

As part of an effort that spanned throughout the organization from Lions players, staff members and fans, the equivalent of 12,489 pounds of food donated to both the Greater Vancouver and Surrey Food Banks.

On game day, several hundred orange-clad fans dropped off their food and cash donations, took a photo with the Grey Cup and entered a draw to win a jersey signed by Quarterback Mike Reilly.

Since its launch in 2003, the program has helped deliver the equivalent of over 13 million pounds of food for families in need. In total, one in six Canadian households relies on the help of their local Food Bank every month.

There is still time to donate as well! Click HERE to support Purolator Tackle Hunger. And all season long the BC Lions are teaming up with Purolator to raise even more money for the food banks through single game ticket sales. Donate and buy your tickets HERE.

#BCLions fans! Arrive early to the @BCLions game today to help us #TackleHunger and you can get your photo taken with the Grey Cup! All donations will be delivered to @VanFoodBank and @SurreyFoodBank. pic.twitter.com/1b9zf8JYf5