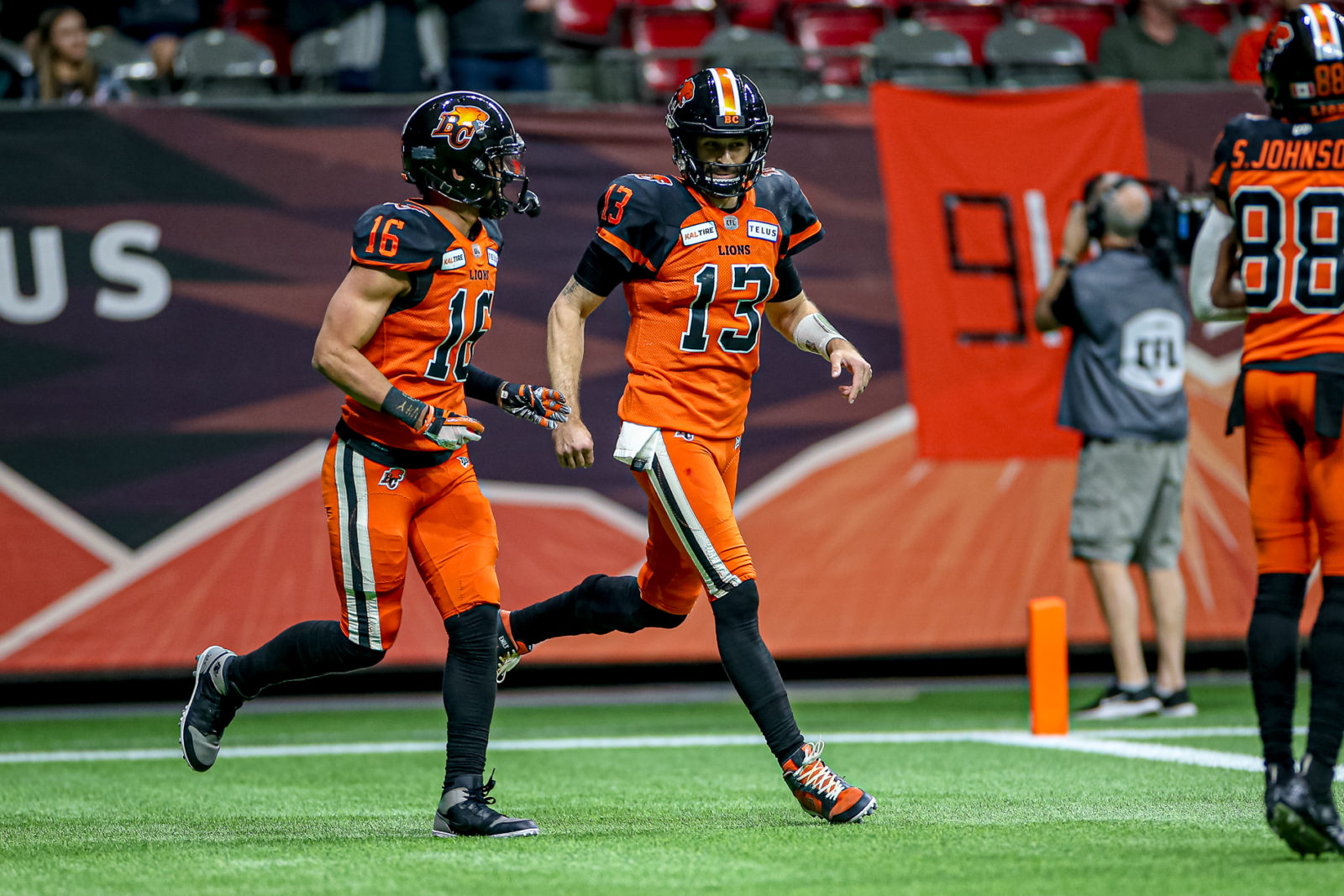 It was a dominant outing from start to finish for the BC Lions in a 55-8 dismantling of the Toronto Argonauts Saturday night, but it was exceptionally brilliant performances by Bryan Burnham who hauled in 8 receptions for 145 yards and three touchdowns and Mike Reilly who tossed a career-high five touchdowns which has earned them CFL Top Performer of the Week honours.

With weekly highlight reel performances becoming the standard, Burnham is enjoying a remarkable season leading the CFL with 1,300 receiving yards and nine majors on a career-high 88 receptions. The clutch pass-grabber sits just 93 yards and one touchdown from two more all-time career marks with three games left on the regular season schedule.

Reilly too continues his late-season surge and now leads all CFL quarterbacks with 3,891 passing yards and 20 TD’s.  The lofty numbers through 15 games in 2019 has already established another top-five career mark for Reilly with his fourth-best season (4,207 passing yards) within reach.

As the season reaches the home stretch, the Lions need another high-octane performance this week from the league’s top offensive combo as they travel to Edmonton to take on the Eskimos. The Leos require wins in each of their three remaining games as well as three losses by Edmonton to qualify for the playoffs.