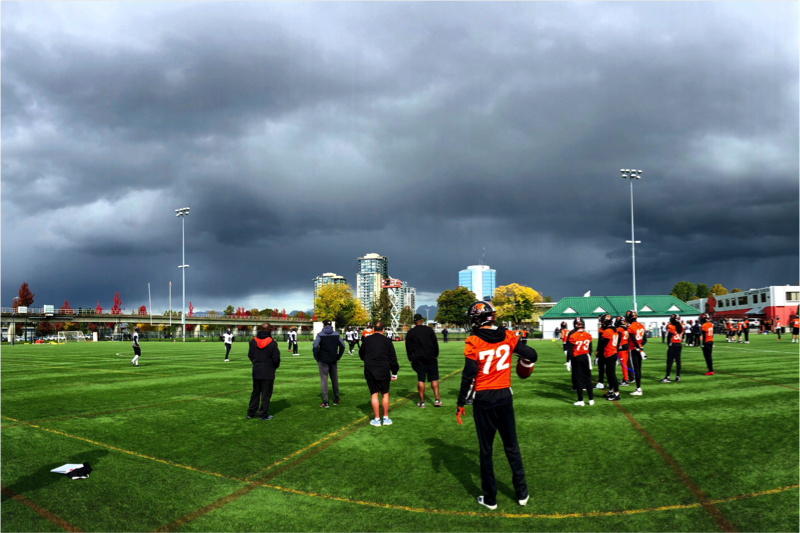 It was a typical upbeat environment as the BC Lions began their practice week for Saturday’s ‘do or die’ showdown in Edmonton. And then the skies opened up. Rain and thunder halted the day one on-field preparation about 15 minutes early. Perhaps it also served up a bit of symbolism because the BC Lions storm has caused significant warning across all CFL weather forecasts for the past month.

Linebacker/special teams captain and former Eskimo Adam Konar agreed it’s a pretty juicy storyline as the Lions look to really stake their claim in this race. He’s even more excited at the prospect of throwing a wrench into his old team’s November plans.

“It makes it a lot more exciting, ” said the former Vancouver College standout.

“Coming to this point and this week having that playoff feel to it is something we’ve been fighting all year for, right? Now that the opportunity is right in front of us, it makes this game that much more exciting.”

The Eskimos have been without starting quarterback Trevor Harris since he went down in the Labour Day rematch with Calgary last month and also lost offensive playmakers CJ Gable, Tevaugn Smith and Greg Ellingson in last week’s 42-12 loss in Hamilton. They have one victory in their last six games with Logan Kilgore behind centre, a narrow 21-16 result in Ottawa on September 28th.

Still, as his former team looks to eliminate them from playoff contention, Konar knows to expect their best effort no matter who is dressing in green and gold. 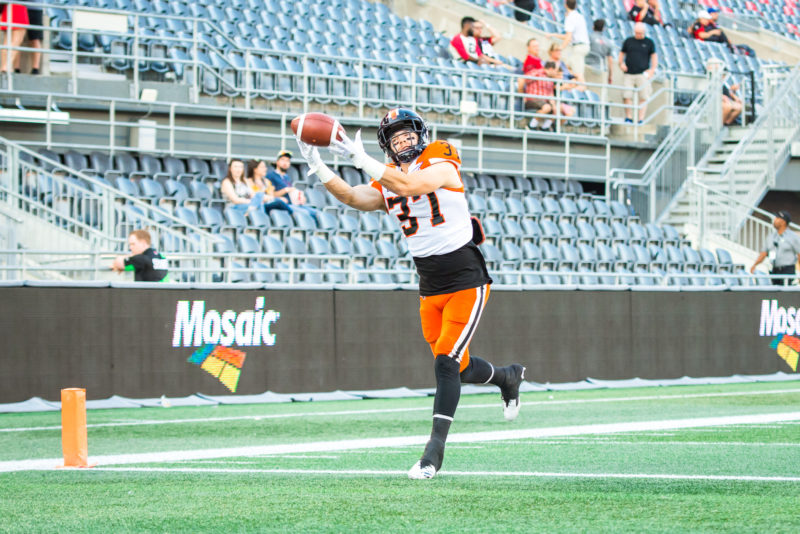 “They definitely are going to come out firing and that’s what makes this an exciting time of year,” added Konar.

“They’re playing with their backs against the wall, just like we have for however many weeks now.”

Konar was cut loose by Edmonton in the early hours of training camp and pretty much went from the facility to catch a flight to Kamloops after his old boss Ed Hervey got him to put pen to paper on a contract. The son of ex-Lions linebacker Kevin Konar always dreamed of the day he could follow in his Dad’s footsteps as a Lion. Even better: playing a prominent role on a special teams unit that has vastly improved during this four-game winning streak. The offence and defence have each gotten their share of the credit. But Konar and the special teams have more than done their part with outstanding kick coverage and a huge turnover that led to a touchdown in their blowout of Toronto on Saturday night.

“It doesn’t matter if I’m at home or on the other side of the country; I want to win,” stated Konar.

“We (special teams) were getting better a couple of games prior to the win streak and since the streak happened, it’s only been elevated. We’ve been clicking in all three phases. You don’t want to hurt the team on specials. You want to help them. Turnovers and not giving up big plays, that’s what you have to do.”

And Konar definitely has some company when it comes to wanting to make his old team pay, especially after the week two trip to Edmonton was a rude homecoming for many. John White is also anxious for a better showing in their biggest game of the year so far.

“We already know we can play with them,” said the confident running back.

“We had a blowout the last game (a home loss on July 11th) but we were in a bad position and this week we’ve got a winning streak going. Everybody has bought in and we’re just ready to play already.” 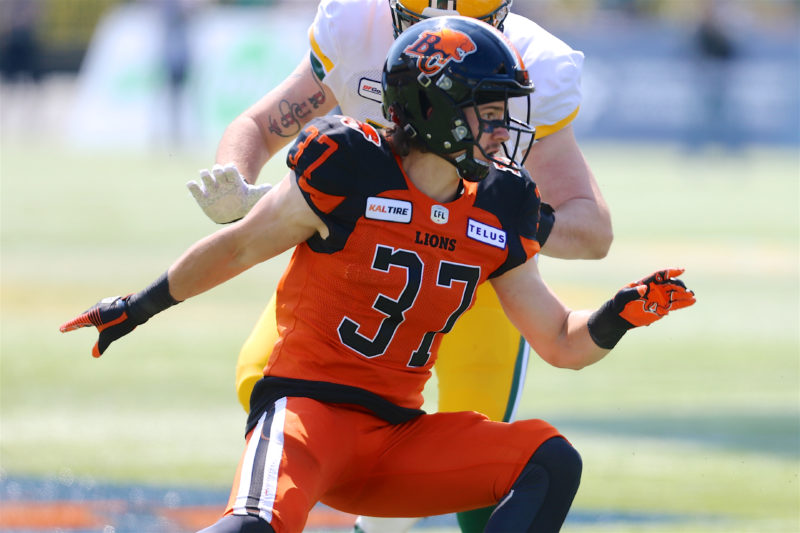 Added defensive back Garry Peters on his latest return to the Alberta capital: “You can feel it around the locker room. I came in yesterday and everyone was in here working out, watching film or getting treatment. You can just tell it’s a big game and you don’t have to tell nobody or explain it to nobody. You just feel the vibe around the locker room. Everybody is high energy.”

Not one month ago, they were written off and left for dead. With plenty of work ahead of them- they still must win their remaining three games and have Edmonton lose all of theirs- Konar and company still aren’t celebrating but can at least be proud of the fact they didn’t pack their bags and quit on the season. He has also seen this movie before.

“Even in Edmonton last year, we kind of went through the same thing and BC wound up beating us out to make the playoffs. To be on the other side of it is cool but we still have plenty of work to do and a lot to hope for. We still have to take care of plenty of business before any type of playoff talk.”

All they wanted was a shot. And there is no telling just how severe the storm can get before all is said and done.

“That BC Lions storm is about to head over to Edmonton real soon,” added White.