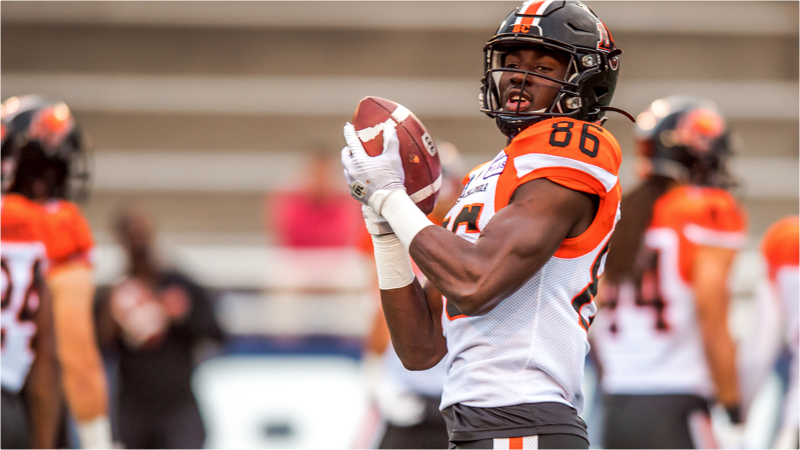 The Canadian Football League is littered with individuals that took an inspiring path to strapping on the pads for a living. Enter Jevon Cottoy. Growing up on the island of St. Vincent, he never thought he would eventually be playing pro football; let alone leaving the Caribbean at all.

“It’s been quite the ride, to be honest. I never expected that I would be here,” said the Lions rookie receiver.

“Growing up as a little kid in St. Vincent, I always wanted to be a police officer. Now to be playing football in the greatest country in the world, that’s a blessing.”

This time last year, he was helping the Langley Rams go all the way to the Canadian Bowl where they ultimately came up short against the Saskatoon Hilltops. Now he represents likely the most pleasant rookie surprise on a 2019 Lions squad that has gotten hot at the exact right time, racking up 341 receiving yards in 14 games and scoring his first CFL touchdown in Regina on July. When asked to reflect on his journey from being one of those training camp unknowns to a likely candidate for the team’s Most Outstanding Rookie nomination.

“It’s a blessing to be able to come out here every day and practice with the teammates that I have, for the coaches that I have and to play in front of these great fans,” he said.

And now Cottoy gets to really experience the life and expectations that come with being a pro football player. After missing one game with a tweaked hamstring, he will be counted on for even more production with Lemar Durant on the shelf with his foot injury. Given what he has overcome to get to this point, Cottoy has no issues accepting the challenge in this vastly improved offence. 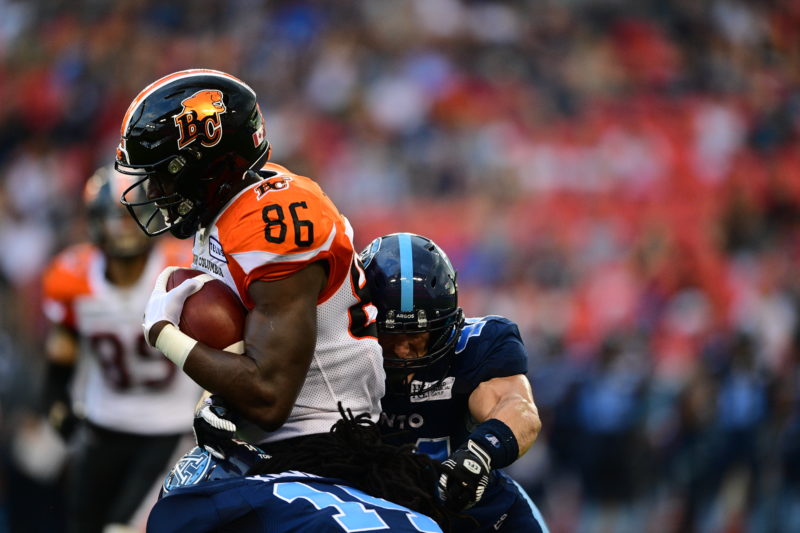 “I’m ready to step into his role and it’s not just me. This receiving group has a whole needs to come together and play as one and not only execute but play for Lemar. We’ve got a good game plan this week to beat the Eskimos and the plan is to execute it come game day.”

As someone who also had to cut his teeth in junior football with the London Beefeaters and later had to prove himself as a rookie, Shaq Johnson can’t help but be impressed with how Cottoy has conducted himself from day one. More importantly, he feels the rookie has been noticeable outside the passing game.

“Jevon, he’s a different cat man. He took on an extremely big role, especially protecting Mike and knowing the other team’s front seven, the blitzes all of that,” explained Johnson.

“The fact that he can come in his first year out of juniors, and I’m familiar with what that’s like, is tremendous. He just needs to continue what he’s been doing and we’re going to be alright. He’s got a long career ahead of him.”

Cottoy was nine years old when his mother moved the family to Calgary. Young Jevone played a lot of soccer as a youth but got fixated on the North American version of football when he saw some Randy Moss highlights.  His first major obstacle on the gridiron came when he tore both the ACL and MCL in his knee, an injury that ended his quest to suit up for the University of Calgary. His plan then shifted to enrolling at the Southern Alberta Insititute of Technology and becoming a firefighter.

Alas, things typically happen for a reason. After giving the game another shot and playing one year of junior football with the Calgary Colts, the family moved west where he would continue his career with Langley. The move also meant his territorial rights would belong to the BC Lions. Being the latest example of a junior player that has gone on to make a CFL roster is something Cottoy really takes pride in.

“I went out there to a game earlier this season to show my support for the team,” said Cottoy.

“It’s good to see that they’re on a roll right now, they’re 9-0. I can’t wait to see them finish the job after we came close in the national championship game last year.”

Now he and the Lions have gone from 1-10 to being very much in the playoff discussion with three weeks to play.

“Starting out, we had a bunch of new players and some new coaches. I figured we needed a few weeks to mesh and click together. As of late, we’re coming together as one.”

A victory in Edmonton would just be another key piece to the puzzle.