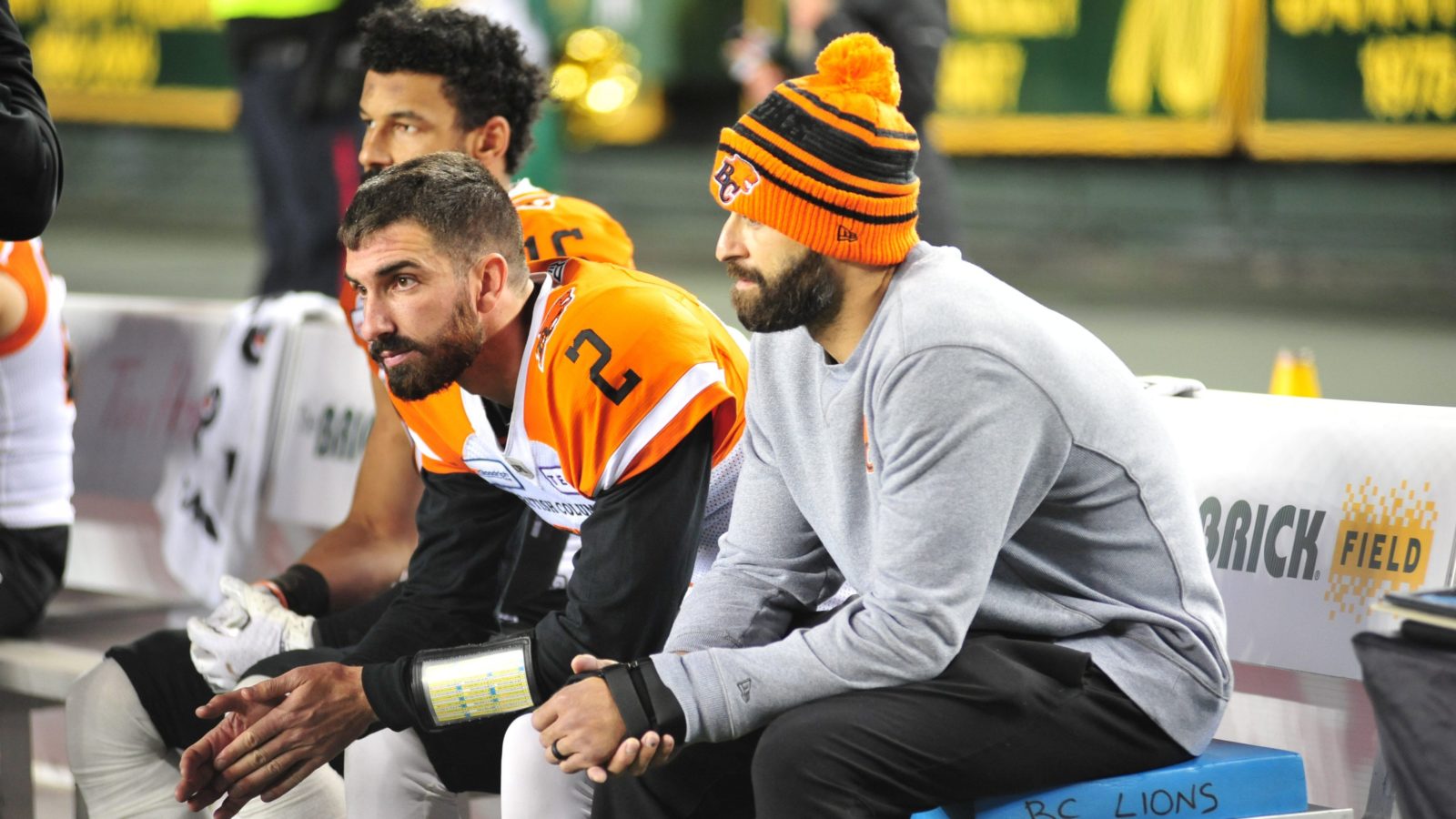 Edmonton, AB- They lost their prized fighter and undisputed warrior early on and it would contribute greatly to their downfall to a season that began with such high hopes.

Mike Reilly suffered a broken wrist on his non-throwing hand on the BC Lions’ (5-11-0) second series of the game and the offence never quite found a rhythm in a 19-6 loss to the hometown Edmonton Eskimos (8-8-0). What it all means is the Lions’ playoff hopes have been officially torpedoed while Edmonton locks up the final spot in the Grey Cup tournament that kicks off on Sunday, November 10th.
With the Eskimos up 3-0, Reilly was knocked out on a hit from defensive lineman Kwaku Boateng. Danny O’Brien was thrust into action and finished 12 of 23 for 103 yards and an interception with the Lions; only points coming off a pair of Sergio Castillo field goals.
An aggressive Edmonton defence sacked O’Brien four times and brought consistent pressure after the backup pivot was forced to take over behind centre.
Losing Reilly no doubt took a toll on the squad before they battled until the end to stay in it.
“I think there was a little bit of a shock,” said O’Brien after the loss.
“Obviously, Mike hasn’t missed a game since I’ve played with him, which is three years. Whenever you see that guy go down, obviously it’s a little bit of a shock but I thought we eventually settled in and did some things and that’s when we needed to capitalize and finish drives to make it a ball game.”
They will no doubt kick themselves over some missed opportunities. One of those came in the red zone right before halftime where they had to settle for Castillo’s first field goal of the night instead of potentially moving to within six points. Instead, Edmonton tacked on three more to go up 16-3 and the visiting Lions were chasing the rest of the way. The lone touchdown of the night came on a Shaq Cooper nine-yard run early in that second quarter. Eskimos quarterback Logan Kilgore finished the night with 194 passing yards.
“We played with a lot of heart, we played with a lot of fight,” said head coach DeVone Claybrooks.
“When you look at our team at the beginning of the year, if something bad happened it snowballed and got ugly early. These guys fought and they put it on the line. A lot of guys got banged up and we had guys that hadn’t played all year getting thrust into action and they fought and showed a lot of heart. We continue to build this thing and we keep trying to get better every week and that’s our goal.”
Aaron Grymes was also lost for the night with a knee injury and will be re-evaluated after the club returns home.
Claybrooks commended both his group and Mike for how they handled the tough situation with their season on the line.
“It sucks that it happened early and that it happened on a freak thing with the wrist,” he said.
“He’s still our leader, he’s still our warrior and he still rallied the guys. Typical Mike fashion, coaching (them) up on the sidelines and that just shows you the true test of his character.”
And with that comes two more home games to wrap up the 2019 season. They will now get set to take on the Saskatchewan Roughriders next Friday night before their third and final bye week and a regular-season finale with the Calgary Stampeders on November 2nd. Even with nothing to play for in the standings, they will still approach the final three weeks of work like they have something on the line. Even if it’s mostly for pride.
“This is our job: to play for our families and to play for each other,” said veteran defensive back TJ Lee.
“Even though we’re out of the playoffs, we still have two more games. We have to prove who we are as individuals and collectively, as a team.”
Added O’Brien: “We have a really good locker room and we’ve been through so much, being 1-10 and just going on that last streak, I think we’re pretty battle-tested in that regard, a very resilient group so I know that just because we’re out of the playoffs you’re not going to see anybody fold in that locker room.”
Reilly said it best in his post-game address to the group: “Let’s go f**k things up for the rest of the West.” 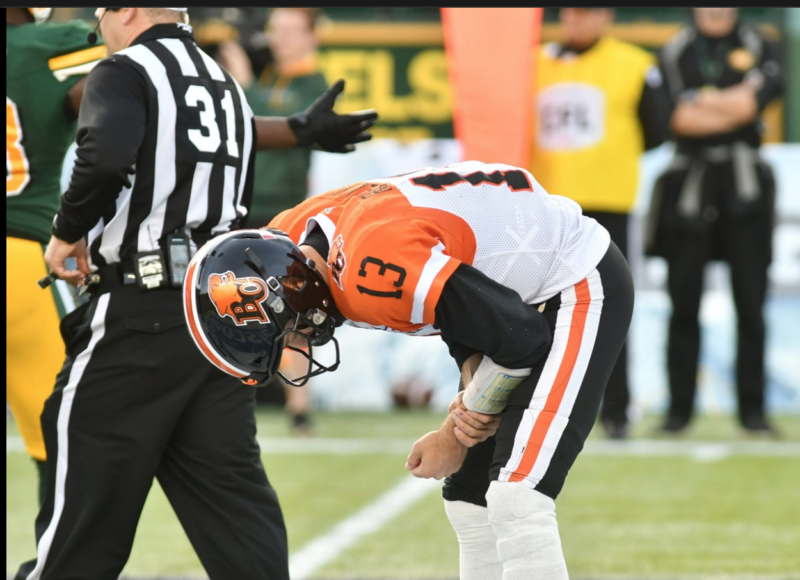 211– the Lions’ total offence in this one. They had only 5 yards and zero first downs in the opening quarter.

104- yards from scrimmage for John White in the losing effort.

9– defensive tackles for Kevin Haynes in his first start at middle linebacker, more than any other Lions defender in this one.

0-8- the Lions’ record against Western Division opponents this season.

A hat tip Reilly, the ultimate warrior, on how much he has battled through this season. It surely didn’t go the way the Lions and their fans had hoped but this franchise is in good hands with him holding the keys for the next few years.

Credit to the Eskimos for capitalizing on some early opportunities. Their touchdown drive was made possible by a Kilgore 14-yard run on 2nd 11 that kept their offence on the field. A stop there would have flipped the script early.

We told you that the line of scrimmage was going to make a difference in this one. Edmonton’s defensive front helped will them to victory and they were able to get some traction in the running game in those aforementioned key situations.

The Lions will play host to Saskatchewan next Friday, October 18th at BC Place. It is a 7:00 kickoff. Fans can also purchase their 50/50 tickets online HERE with the jackpot guaranteed to reach $150,000.