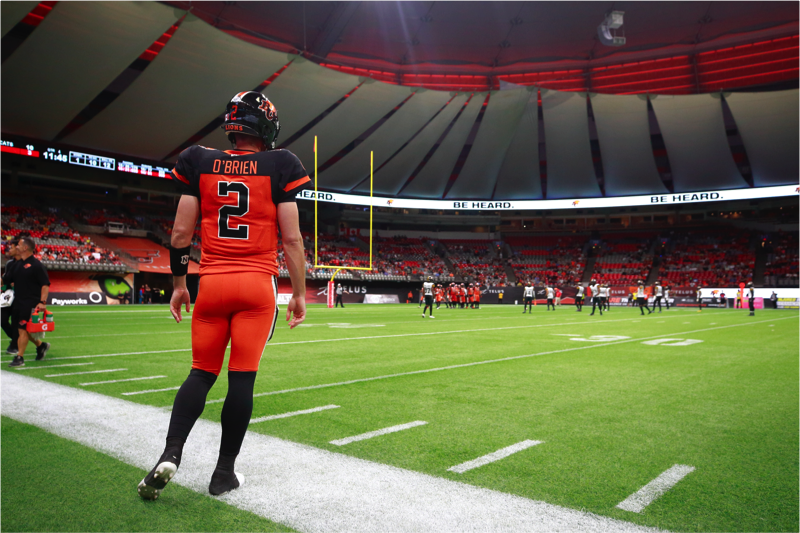 It may not come under the best circumstances with his friend and teammate Mike Reilly having his season end prematurely. That being said, after dressing in 97 games over six seasons split between three clubs, Danny O’Brien is excited to dust off his starter’s jacket for the first time as a pro- even if his most recent relief appearance in Edmonton didn’t leave much to be desired.

“My biggest takeaway is that I missed a few throws that would have made it a tighter game,” said O’Brien after the Lions returned to practice on Tuesday.

“It’s just doing my job. More often than not as a backup you’re going to come in under not the best circumstances. It could be an injury or the fact your team is out of the playoffs. So I just want to get the ball out on time, move the sticks and capitalize in the red zone. Basic stuff like that.” 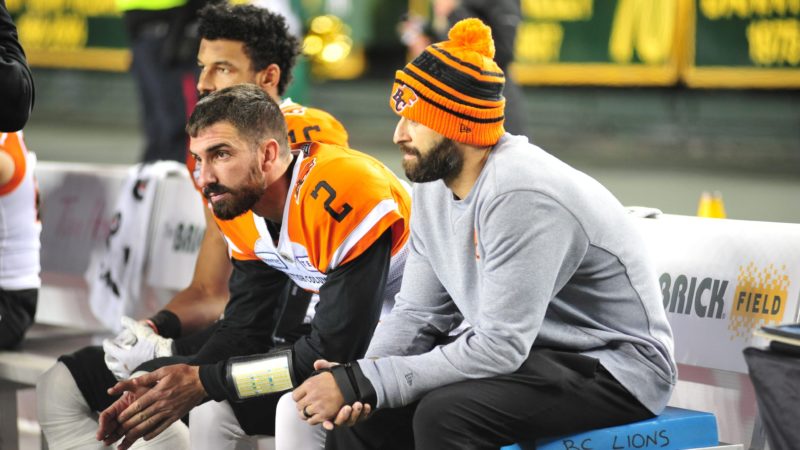 After Reilly underwent successful surgery for a fractured wrist suffered in the loss to Edmonton, the Lions will hand the keys to O’Brien with newly-signed Brandon Bridge backing him up. Having spent the entire 2017 and 2018 seasons with Reilly in Edmonton before re-joining him while the Lions were in training camp, the native of Winston-Salem, North Carolina has had the perfect mentor.  After getting treatment in Edmonton, Reilly was actively involved in coaching up the offence gave a heartfelt locker room speech to his teammates at both halftime and after the game ended. Now O’Brien will aim to put that tutelage to good use.

“He’s a warrior, he’s a genuine leader and he doesn’t just talk it, he lives it,” said O’Brien of his friend Reilly.

“He didn’t have to come right back out there after breaking his wrist and get out the iPad and all that. At the same time, it didn’t surprise me at all because that’s the kind of guy Mike is.”

He does have big-game experience at the college level. It was none other than O’Brien who led Maryland to a 2010 upset over some kid named Russell Wilson and North Carolina State. In the 38-31 triumph, O’Brien threw for a career-high 417 yards and four touchdown passes to Torrey Smith, ultimately denying Wilson and company a spot in the ACC title game.

“I think that Wilson guy turned out okay though,” said O’Brien with a chuckle.

After also suiting up at Wisconsin and Catawba College, O’Brien attended 2014 training camp with the Atlanta Falcons. His release led to an opportunity with the expansion RedBlacks.

“I got a call from them and I didn’t really have any idea where Ottawa was on the map,” he recalls.

“I was on a plane two days after being released, now here I am, six years later,” he said.

O’Brien dressed behind Henry Burris and Trevor Harris for Ottawa’s upset Grey Cup victory over Calgary in 2016. Adding Reilly into the mix, he has certainly had the luxury of being around some solid professionals since he first migrated north.

“I’ve taken a lot from them on how they prepare and now that it’s me in the saddle it’s more about doing what I already do every day, only it’s going to be in a game situation. When it goes from on a chalkboard into real life you’ve just got to go out there and do it.”

“However many years he’s been in the league, he’s been in a very similar system as us. We’ll be able to get him some of the plays that he’s comfortable with. We’re not going to curtail the offence just to cater him. He’s a veteran guy who has seen a lot of football. We’re going to trust him in the situation to make the right decisions.” 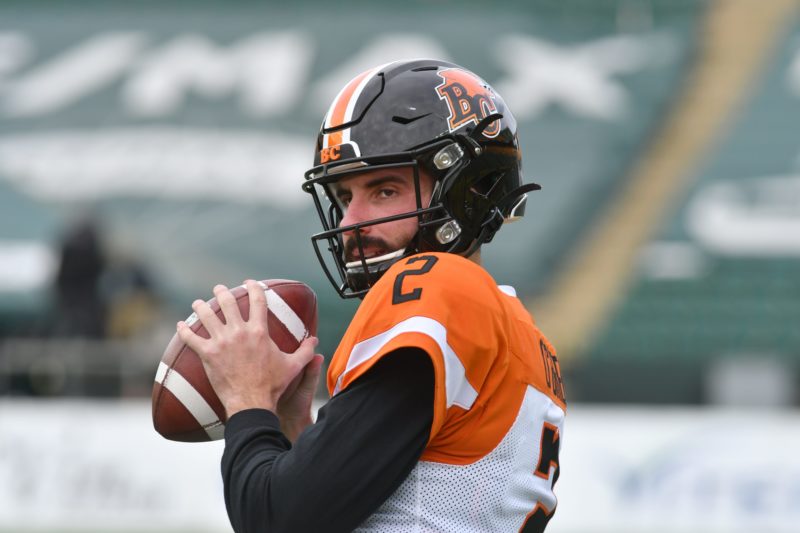 British Columbia Lions player #2 (QB) Danny O’Brien is seen warming up out on the field before the 1st quarter of CFL game action between the Edmonton Eskimo’s and the British Columbia Lions at the Brick Field located at Commonwealth stadium in Edmonton Saturday, October 12, 2019. (CFL PHOTO – Walter Tychnowicz)

And it’s all the more reason for him to take the messages of Reilly and the other veterans that these last two games should be approached like there is everything on the line, even if the playoff dreams are officially over.

“It’s a unique locker room in that sense,” he said.

“Today’s practice was very high-tempo, a lot of energy and it helps that guys like Odell lead the way with that kind of energy. We’re going to go out and play to win. The coach said it too: there are jobs on the line. There is plenty of motivation you can dig up to play these last two games.”

After almost 100 games as a backup, his patience has certainly paid off.