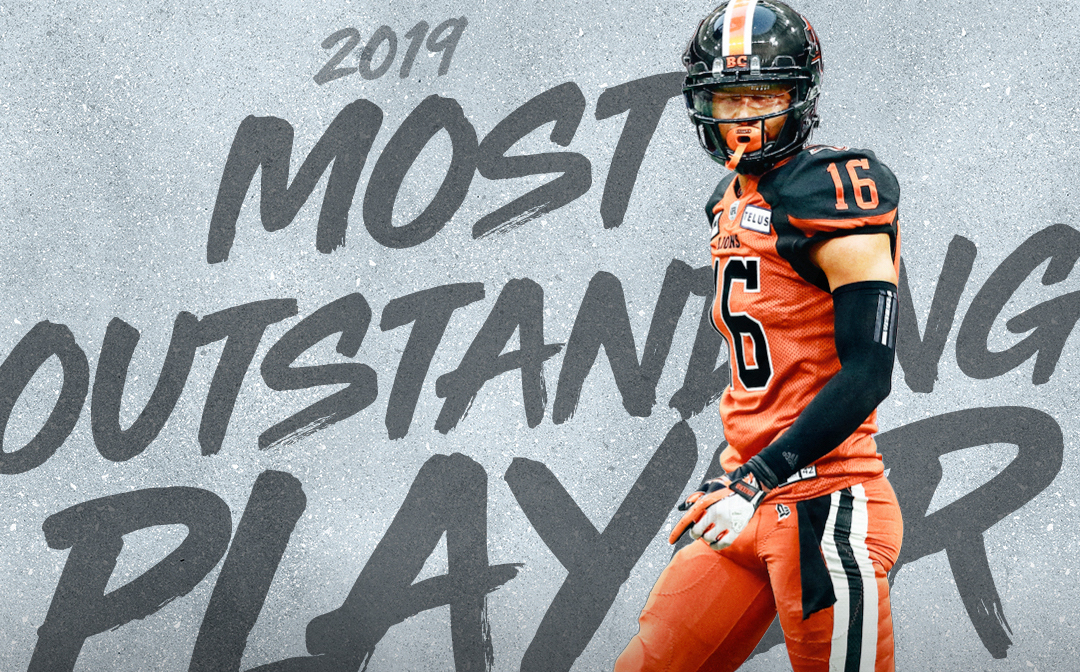 The BC Lions Football Club is pleased to announce its list of CFL Outstanding Player nominees for 2019 as selected by the local chapter of the Football Reporters of Canada:

With one game left on the schedule, Burnham sits second among CFL receivers and has already reached career-highs in receptions (93), receiving yards (1,401) and touchdowns (10). Eclipsing the 1,000-yard mark for the fourth-consecutive season and making the art of the circus catch a weekly occurrence, the six-year veteran was a unanimous selection among voters.

Fellow receiver Lemar Durant enjoyed a break-out campaign and picks-up the unanimous nod as Outstanding Canadian. Doubling his previous career-high in receptions and receiving yards before an injury sidelined his season after 15 games, the Coquitlam native and SFU grad developed into a primary target for Mike Reilly hauling in 57 catches for 810 yards and five majors.

Anchoring the secondary from his halfback position, T.J. Lee enjoys his first selection as the club’s Outstanding Defensive Player. Currently second on the team in both tackles (60) and interceptions (3), the six-year pro was a guiding force during the club’s four-game winning streak in which the defence did not surrender more than 23 points.

Figueroa tallies his second Outstanding Lineman nomination in as many years as the O-line bounced back from a challenging first half of the 2019 season. A solid year from the Miami native helped quarterback Mike Reilly pass for almost 4,000 yards while paving the way for running back John White to a career-high in rushing yards.

Currently the only CFL kicker with a field goal success rate above 90 per cent (40 for 44), Sergio Castillo easily earned a unanimous selection as Outstanding Special Teams Player. Setting career-highs in attempts, makes and points-scored, the first-year Leo has been a bright spot for the club in 2019.

Plucked from the junior ranks, Jevon Cottoy turned heads in training camp with his size and athletic ability which he parlayed into a starting spot on offence and a nomination as Most Outstanding Rookie. The future is bright for the Langley Locomotive who played like a seasoned veteran this year hauling in 38 receptions for 386 yards and a touchdown over 16 appearances.