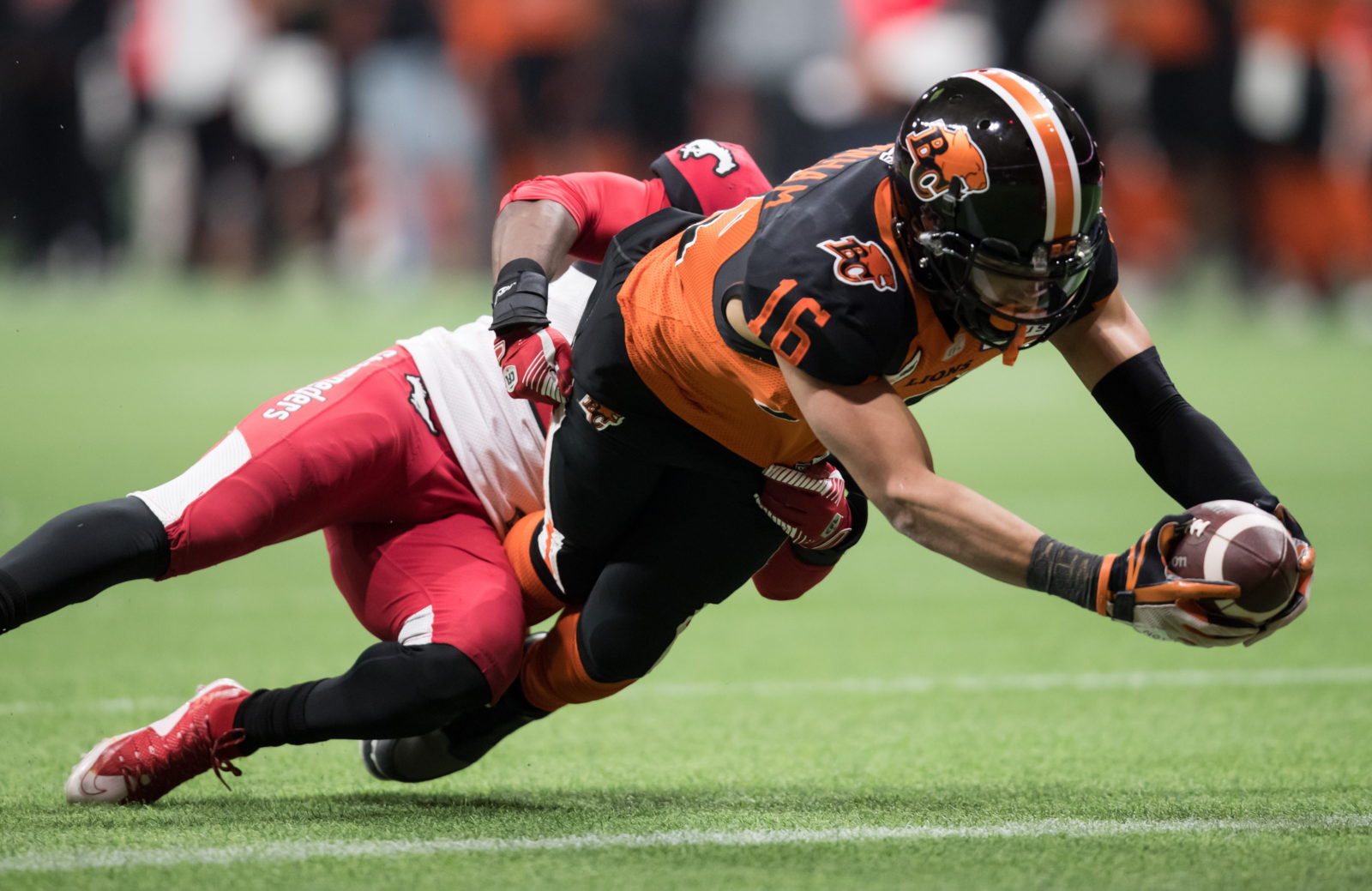 Despite a gutsy effort from their vastly improved defence and a spirited comeback attempt late in the fourth quarter, the BC Lions ( 5-13-0) ended a disappointing season on another losing note. Bo Levi Mitchell’s touchdown strike to Hergy Mayala with 2:52 to play was the winning points and only major the visiting Calgary Stampeders ( 12-6-0) needed in a 21-16 victory in the regular season finale at BC Place.

The result gives Calgary second in the West and a home date with Winnipeg to start the CFL playoffs next weekend. Saskatchewan had clinched first in the division by virtue of a win over Edmonton earlier on Saturday.

This one came down to the wire as Brandon Bridge replaced Danny O’Brien at quarterback early in the second quarter and engineered two scoring drives, including his touchdown pass to Bryan Burnham with 2:01 remaining to get to within five. Then an interception by Dexter McCoil in the final minute sealed the home team’s fate.

“It was actually good. I wish we could have pulled it out,” said Bridge after the loss.

“I made a couple of mistakes at the end but I guess that’s rust does to you a little bit so hopefully I can earn something, hopefully, these guys like me and I’ll be back.”

Bridge finished 14/22 for 194 yards, the touchdown pass and two costly interceptions. The first was into the hands of Lorenzo Jerome early in the fourth quarter with the score 14-10. Missed opportunities were the theme of a second half where Calgary failed to score before Mayala’s major. The visitors led 14-3 at the break courtesy four field goals from Rene Paredes and a conceded Lions safety.

“I think Brandon came in and gave us a chance. That’s what you want,” said head coach DeVone Claybrooks.

“He let the ball go and rip, that last one he’s talking about, the pick he threw, he’s supposed to be throwing the hitch to read it out and he kind of got a little excited there and he pulled the trigger too early. That’s unfortunate because the kid played well and gave us an opportunity to win the game.”

And they were in a position to win this one thanks in large part to TJ Lee and a defence that made life difficult for Mitchell and the Stampeders attack for four quarters. Lee’s first half interception was the reason they were within two scores at the break.

“We came and we had a better second half as we expected too,” said Lee.

“We gave them a couple of plays down the stretch that ultimately put them in a position to win the game but hats off to the guys for giving it their all and making plays out there. All you can ask for is the guys’ best effort.”

As has been the theme for most of this season, those five or six key plays were the difference in the game. Now the evaluation for 2020 begins. The sting from this season won’t be gone anytime soon.

“We all believe in what we’re trying to build here and we think that we’ve laid a solid foundation to build off of,” Claybrooks added.

“You have to look at the first nine games we gave up 34 points a game and then the last nine we had under 15. Today we gave up one offensive touchdown. We’re continuing to build off that.”

The players will also use it as motivation when their offseason programs begin in a matter of days.

“Every game is fuel because they’ve got to pay next year,” added Lee.

“We play against the same teams next year so we’ve got to keep that battle going.” 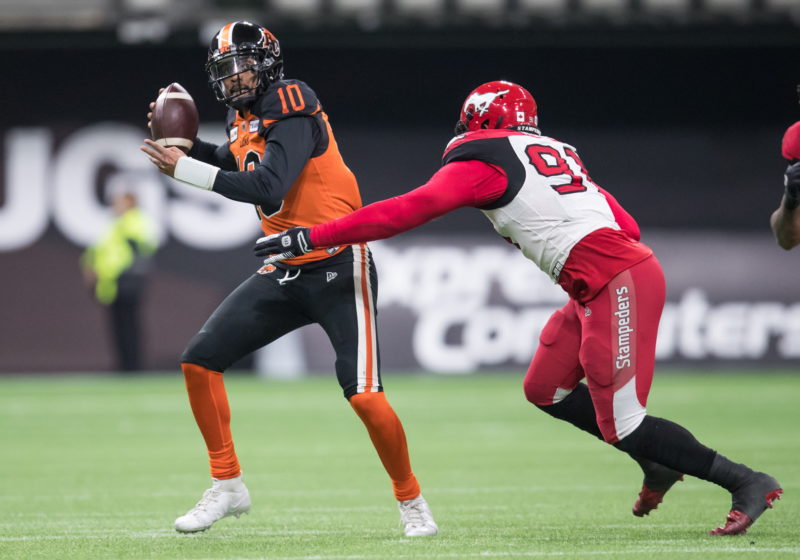 0-10- the Lions’ record against Western Division teams in 2019. It is the first time in the 66-season history of the franchise where they failed to register at least one victory against a divisional opponent.

1,492- career-best receiving yards for Burnham this season. He ended up 58 yards shy of Brandon Banks for the CFL lead.

345- the Lions’ total offence in this one. They outgained Calgary by 26 yards.

63.6- Bridge’s completion percentage after coming in early in the second half.

The defence did its thing thanks in large part to the secondary. Along with Lee’s presence, Victor Gamboa had easily his best game as a Lion. Honourable mention to best defensive player of the night goes to linebacker Kevin Haynes.

You have to feel great for Bridge. It’s the classic scenario where it took a bad injury to Mike Reilly for him to get another shot with another team but you can’t help but wonder if it might lead to a permanent job as a number two in 2020.

Hat tip to White. This is a veteran who has battled injuries and adversity in his career and cracking the 1,000-yard mark is some nice poetic justice. He and Brandon Rutley brought a physical element to the running game this season.

A special thanks to you, the readers and viewers, for your feedback and support of BC Lions content in 2019. This was not an easy season to bring you all on the inside but your constant support of the club makes it all worth it!

Lion players will clean out their lockers and meet with media members for the final time in 2019 on Monday morning at the Surrey facility. GM Ed Hervey and head coach DeVone Claybrooks will hold a press conference at Noon Pacific time that will be streamed LIVE on the club’s Facebook page.