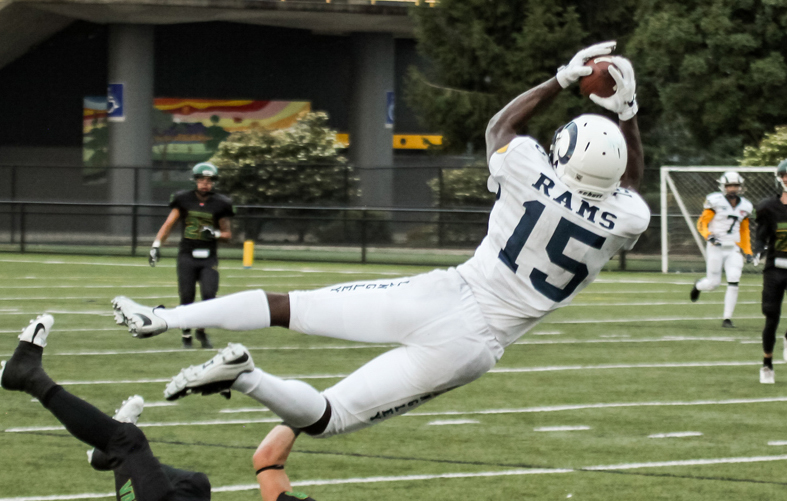 The Lions Rookie of the year finalist, Jevon Cottoy, catches a pass for the Langley Rams.

As the Langley Rams get set for a big Canadian Bowl rematch this Saturday (1 PM Kickoff at McLeod Stadium), a few key alumni members who went on to success with the BC Lions are excited to watch the program’s latest quest for a first national championship.

A member of last year’s squad that lost the title game to the Saskatoon Hilltops, Jevon Cottoy parlayed that junior football success into being named the Lions’ Most Outstanding Rookie in 2019. He will always hold fond memories of his time with the Rams program.

“I’m beyond grateful for my time with the Rams and give all the credit to the coaching staff, my teammates, and the superb fans that cheered us on throughout the entire season,” said Cottoy of his time with the program.

“Coming from an organization that works hard on and off the field, has helped me significantly at the pro level.  Putting in my best effort starting on Day 1 of training camp and on a daily basis, has been key in helping me achieve success.”

For head coach Howie Zaron and the 2019 Rams, it will be a good test against Canadian junior football’s elite program. Saskatoon has won five straight Canadian Bowls and eight of the last nine dating back to 2010. They defeated the Rams in both 2012 and 2014 in Langley, then again last year in frigid Saskatoon. Their run of excellence has also come at the expense of the Okanagan Sun, Westshore Rebels and Vancouver Island Raiders. This year’s Rams will hope the home field advantage gives them an extra boost.

“Having the Canadian Bowl at home and such supportive hometown fans should definitely motivate the players and give them an edge over the Hilltops come Saturday,” said Cottoy.

Any way you slice it, Cottoy believes the returning players will be extra motivated after getting all the way there last season.

“I’m beyond excited! Having played in the Canadian Bowl last year, I understand the mental toughness everybody needs to bring on game day in order for the team to succeed on the field. I know Coach Howie will put together a tremendous game plan to prepare the team well.” 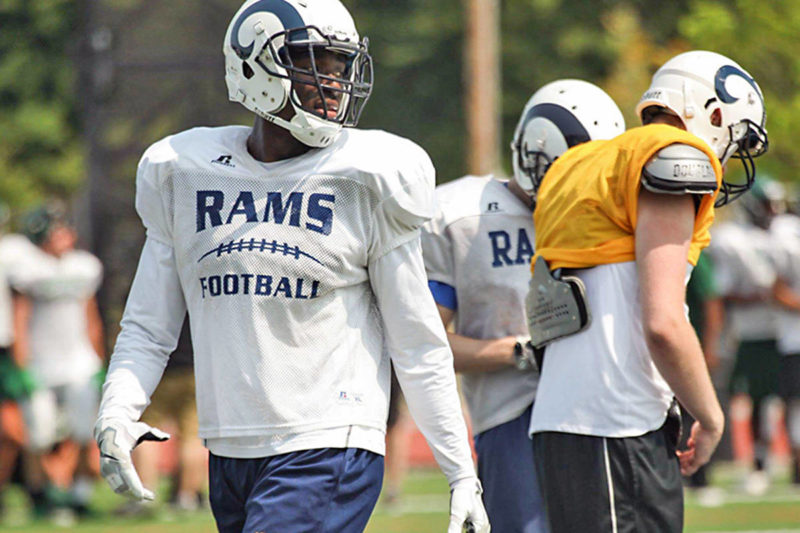 Lions linebacker/special teams wizard and 2019 Jake Gaudaur Veterans’ Award nominee Adam Konar also suited up for the Rams and then went on to a productive collegiate career with the University of Calgary Dinos.

Before climbing the BC Lions front office ranks to his current role as Director of Football Operations, Neil McEvoy played slotback for the Rams from 1993-96 when the organization called Surrey’s Bear Creek Park home. His teammates included future CFL stars Davis Sanchez, Will Loftus and Jermaine Haley who went on to play five years in the NFL with Miami and Washington. He will attend the team’s alumni dinner on Friday before cheering on the current squad on Saturday afternoon.

“We were proud of representing the city that we played in,” recalled McEvoy of his time with the Rams.

“A lot of players, a lot of kids were involved from Surrey and it was cool to go into other places as representatives of the Surrey Rams. We lost the Canadian Bowl to Ottawa in ’92, the year before I got there. Winning one would be a great boost to all of the Rams alumni that are still quite close and still talk. It’s a fraternity of ex-Rams and we all came together from different backgrounds. Having our team’s name on the Canadian Bowl would be great for everyone who ever played.” 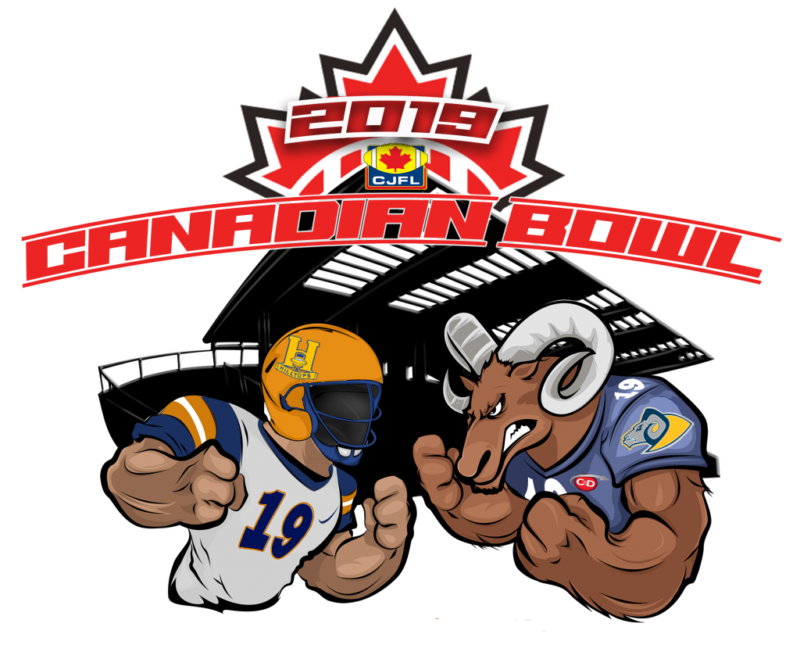 One of those also in the fraternity is Paul McCallum who first came onto the BC Lions’ radar after honing his kicking skills with the Rams from 1990-92. Known as one of the best pressure kickers in league history, McCallum credits the tactic used by legendary head Coach Nick Kawaza- the 2019 Orange Helmet Lifetime Achievement Award winner- for learning how to kick big field goals in big moments.

“Our coach was great for making sure I was prepared mentally,” remembers the two-time Grey Cup champion.

“Football is a mental game and coach loved practicing those difficult situations. At the end of practice, I would be called upon to kick a field goal or else we’d all have to run. One time I told him I didn’t have a kicking tee. He responded by dropping a cigarette pack on the grass and saying ‘there’s your tee.’ It caught me off guard but I quickly learned I would need to improvise in those type of situations.”

That became a reality when McCallum was kicking for the Rams in that 1992 Canadian Bowl loss to the Ottawa Sooners at Landsdowne Park in the nation’s capital.

“I could see it on the film after that the Sooners went out and grabbed my kicking tee,” said McCallum.

“I had to play without it. Even after mentioning to the refs that if I couldn’t use it, then their kicker couldn’t. Nick’s message to me was to stop worrying about it.”

The Canadian Bowl has existed, in some form, since 1938 when it was first known as the Leader-Post Trophy and later the Armadale Cup. The Vancouver Blue Bombers were the first British Columbia team to win it back in 1948.

“Having the Langley Rams, the ex-Surrey Rams put their name on that trophy would be a great accomplishment for the province of British Columbia and football in British Columbia.”

Adds McCallum: “It’s great football. Think of a guy like Andrew Harris who also came through the junior ranks in this province. The coaches and people organizing it also put in countless hours. It’s not like they’re making a great living. They do it because they love it.”

And for members of the 2019 Rams, they are counting on that dedication paying off in historical fashion this Saturday.

How they got here: After defeating the Okanagan Sun in the BCFC Semi-Final, Langley captured their second straight Cullen Cup with a 35-12 win over the Westshore Rebels at home on November 2nd to earn a bye into the Canadian Bowl. As per the rotation, the BCFC champ was pre-designated as the host team. Saskatoon beat the Edmonton Wildcats and Edmonton Huskies in the Prairie Conference playoffs before taking down the London Beefeaters 51-1 in the CJFL Semi-Final game on November 2nd.