Breaking Down The Division Finals 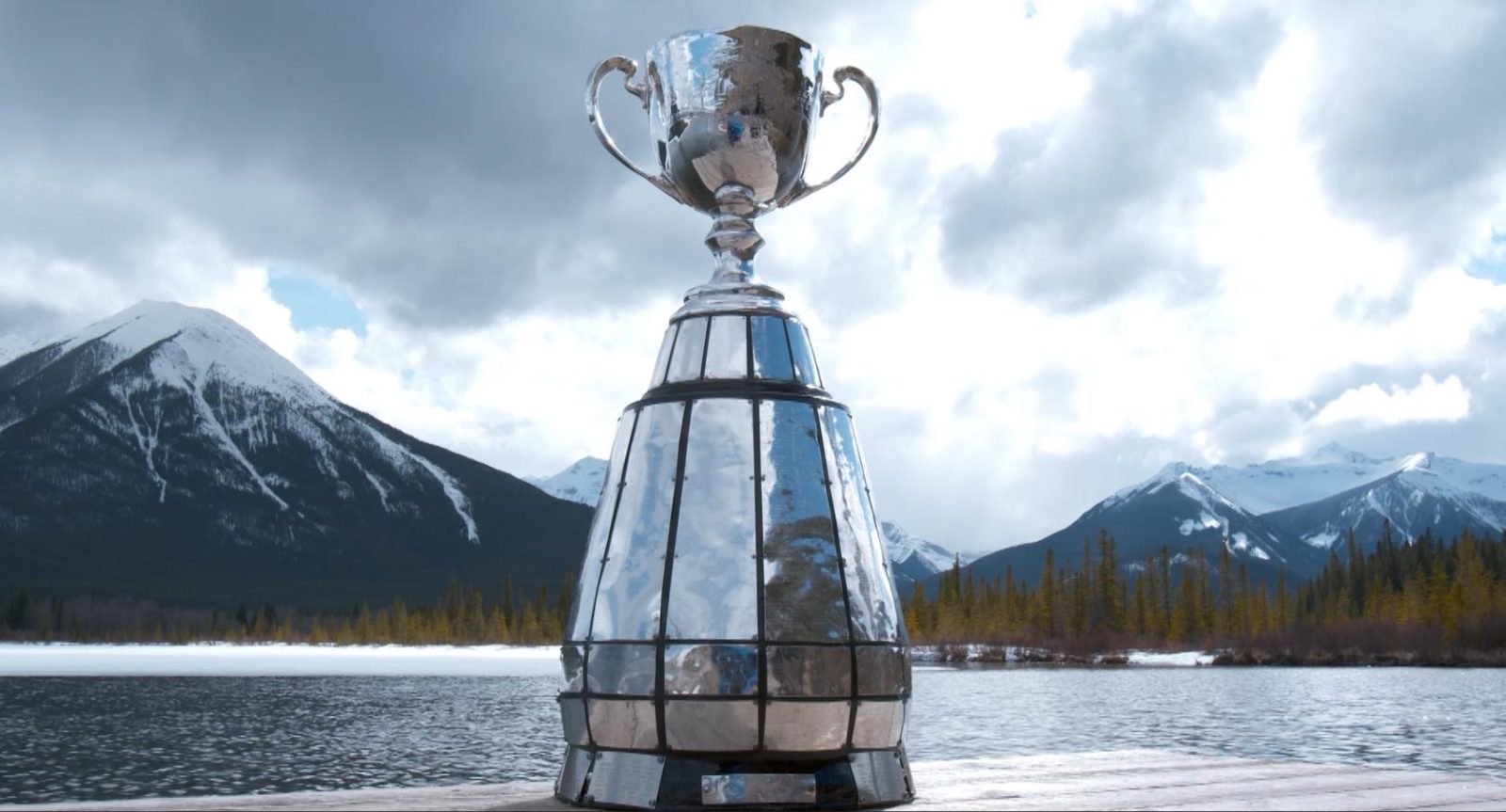 Breaking Down The Division Finals

With the road to the 107th Grey Cup down to four teams, bclions.com breaks down both the East and West Final games this Sunday. As is usually the case going into this weekend, each game has its share of storylines and you can probably make a case for all four teams having the confetti rain down in their colours in Calgary on November 24th.  Along with yours truly, we get the thoughts of Travis Lulay, Neil McEvoy and Jamie Cartmell of what they think will go down on Division Final Sunday in the CFL. The Grey Cup matchup predictions are almost unanimous. But as you’ll see, only a slight disagreement in each of the games.

The skinny: This is the 11th time since 1996 that a Western Division team has crossed over to the East. After limping into the playoffs with only two victories (over the Lions and RedBlacks) post-Labour Day, Trevor Harris and the Eskimos got their mojo back in last week’s performance at Montreal and will look to become the first crossover team in history to make the Grey Cup. The Eskimos themselves made it to the Eastern Final in 2008 and 2016, as did the Lions in 2009. These Tiger-Cats have been by far the cream of the crop in 2019, setting a franchise record for wins and being superior in all three phases for much of 2019. Upstart quarterback Dane Evans has been more than an adequate replacement for the injured Jeremiah Masoli, while Brandon Banks and Simoni Lawrence each give them an advantage on their respective side of the ball.

Random factoids: It’s a playoff rematch. 2016 saw Mike Reilly and Edmonton win the Eastern Semi-Final in Hamilton before falling to the eventual Grey Cup champion Ottawa RedBlacks in blizzard-like conditions in the division final. Those Eskimos were the first and only team in league history to crossover the year after winning a Grey Cup. The Tiger-Cats are looking to get back to the Grey Cup for the first time since losing back-to-back in 2013 and 2014. Their last Grey Cup title came in 1999. 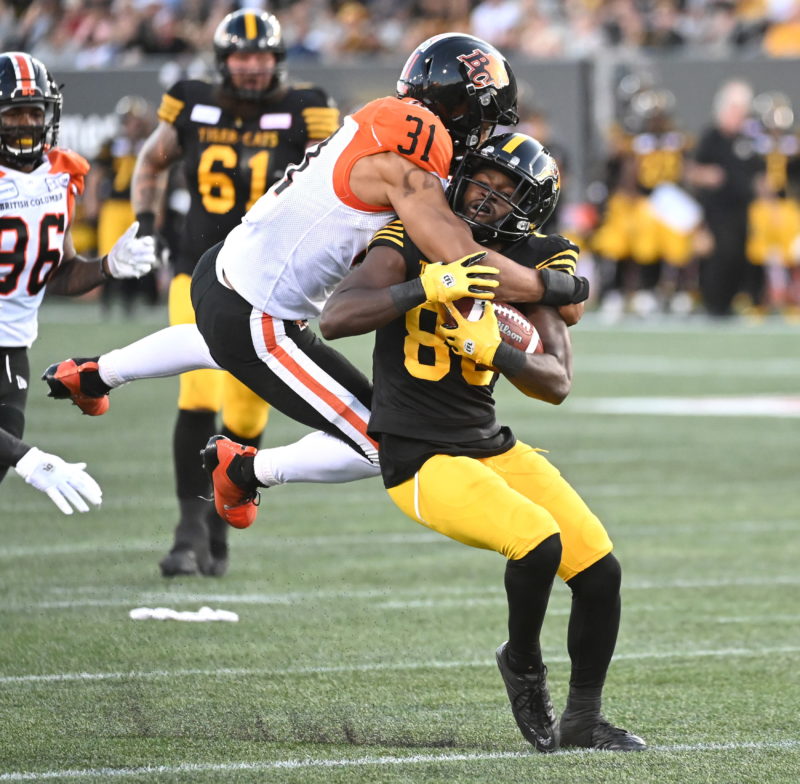 Travis Lulay, 2011 Grey Cup Most Outstanding Player: 31-19 Tiger-Cats. “Hamilton has a great home-field advantage in the playoffs. It will also be tough for Edmonton to win a second road game out east against a team that has arguably been the best all year and seems hungry for a Grey Cup opportunity. I think the Tiger-Cats are too well rounded in all-three phases and they will make looks harder for Jason Maas and Trevor Harris than Montreal did. They’re just too well-rounded of a team. Trevor is such a rhythm guy. When he gets into one, he gets hot. Hamilton will do all they can to prevent that.”

Matt Baker, BC Lions digital content coordinator: 29-27 Eskimos. “We knew eventually a 16 seed was going to beat a 1 seed in March Madness. I sense the ‘crossover curse’ is due to end sooner rather than later. We also saw how beneficial it was for Edmonton to rest their starters before the playoffs and Trevor Harris proved last week he is capable of putting together a masterful performance every now and again. The number one thing Edmonton has to do is bring pressure on defence. We saw in the Lions three meetings with them just how ferocious they can be.”

Neil McEvoy, Lions director of football operations: 28-12 Tiger-Cats. “As they’ve proven all year, they’re the best team in three-down football and they will show that on Sunday. The Donut Box is a tough place to play. They have a quality coaching staff that will make sure they aren’t rusty after having first place clinched several weeks ago.”

Jamie Cartmell, Lions director of communications: 29-17 Tiger-Cats. “There’s a reason no cross-over team has made it all the way to the championship and it’s primarily due to the difficulty in traveling out east in back-to-back weeks. It’s even more difficult taking on a first-place team which is arguably the top team in the league; a team that’s rested and playing in a sold-out  Tim Hortons Field. The biggest difference to me is Edmonton will face a much stronger front seven this week… a defence that can more readily disguise it’s looks and make things far more difficult for Trevor Harris… and don’t sleep on a Hamilton offence that has loads of playmakers and rarely turns the ball over. I think the first quarter will say a lot about where this game ends up.”

The skinny: The number one question in Saskatchewan at the start of the season centred around the health and ability of quarterback Zach Collaros. After suffering another concussion in week one, the veteran’s windy career road has taken him back to Toronto and now to the Bombers where he will try and take down Fajardo, the man who took an opportunity and ran with it after Collaros went down. As far as CFL storylines go, that’s about as juicy as you can get. Even more ironic is now Fajardo is the one with questions about his health. He did not dress in Saskatchewan’s first-place clinching win over Edmonton on November 2nd due to an oblique injury.

Random Factoids: Despite a long-standing Labour Day rivalry and a recent playoff history, this will be the first time since 1972 that Winnipeg and Saskatchewan will meet in a Western Final. They played each other in last year’s Semi-Final and also in the 95th Grey Cup in 2007 that was won 23-19 by Saskatchewan. The Grey Cup meeting came in a stretch of the Blue Bombers playing in the East Division from 2006-14. Last year’s meeting was also Winnipeg’s first playoff road win since the 2007 Eastern Final in Toronto. The Bombers currently hold the CFL’s longest playoff drought, not winning a Grey Cup since 1990. 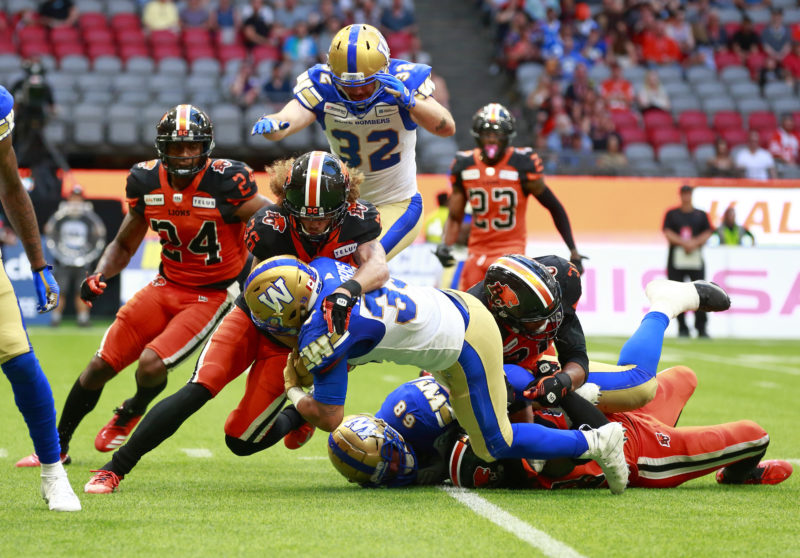 Lulay: 24-22 Roughriders: “I think this is a good game between two good teams. I think they’re really evenly matched and I know Winnipeg is hungry to get back to the Grey Cup, but I think a lot of the returning Roughriders will want to make amends after losing to Winnipeg in the playoffs last year. I still think Zach is so new for them and it might be a little too emotional for him. Cody’s health is going to be a big part of it. He’s going to have to play the whole game and I think he will. It’s the playoffs and I think adrenaline and the chance to play in the Grey Cup is going to give his body the juice that it needs. He might be a little bit rusty, but what Cody has done well all year is managing the game and managing the situation.”

Baker: 28-24 Blue Bombers: “They almost pulled the reverse last year when they went into Regina and won the Semi-Final before coming up short against a stout Calgary defence the following week. I know the trend lately is teams not getting a home game in the playoffs typically don’t advance to the big game but this Bomber squad and their 1-2 punch at quarterback with Collaros and Chris Streveler will do just enough to crush the dreams of their prairie rivals. And then there’s that Andrew Harris guy. You think he might be playing with a chip on his shoulder?”

McEvoy: 32-28 Blue Bombers: “At this point of the season, they’re the ultimate team. They play well as a team, regardless of who is at quarterback. They seem to move the football when needed, whether that’s through the pass or the run. The new quarterback has added a real spark to that offence.”

Cartmell: 27-19  Blue Bombers:  “Saskatchewan is a hostile environment for any visiting team. The saving grace for Winnipeg will be that it’s going to be about +7 on Sunday which means their skill position guys can shine. I believe Willie Jefferson will be more of a factor in this game because Calgary’s offence is more of a “throw it early’ kind of scheme whereas Sask’s scheme tries to go more vertical. The longer you hold on to the ball the more likely Winnipeg’s front gets to the QB.  Winning on the road galvanizes a team and I think the Bombers feel like a team of destiny…. and Andrew Harris has been quiet for a while which means he’s due for a break-out performance.”

Stay tuned next week for our Grey Cup picks and analysis!